The Unit held its eighth Science Day on Friday 13th December 2019. Ongoing and future work provided the focus for discussion, and Unit members and visitors eagerly took the opportunity to give the constructive criticism needed for fostering collaborative, world-leading research.

There were 12 short talks, almost all of which were given by the Unit’s students and postdoctoral researchers. Attendees were also treated to two Special Lectures; the first given by Professor Mark Richardson of Kings College London, and the second by Professor Pascal Fries of the Ernst Strüngmann Institute for Neuroscience, Frankfurt, Germany.

Unit Director Professor Peter Brown commented “Science Day was as engaging as ever, and it was particularly exciting to see how the creativity of the Unit’s early-career researchers is advancing innovative brain research.” 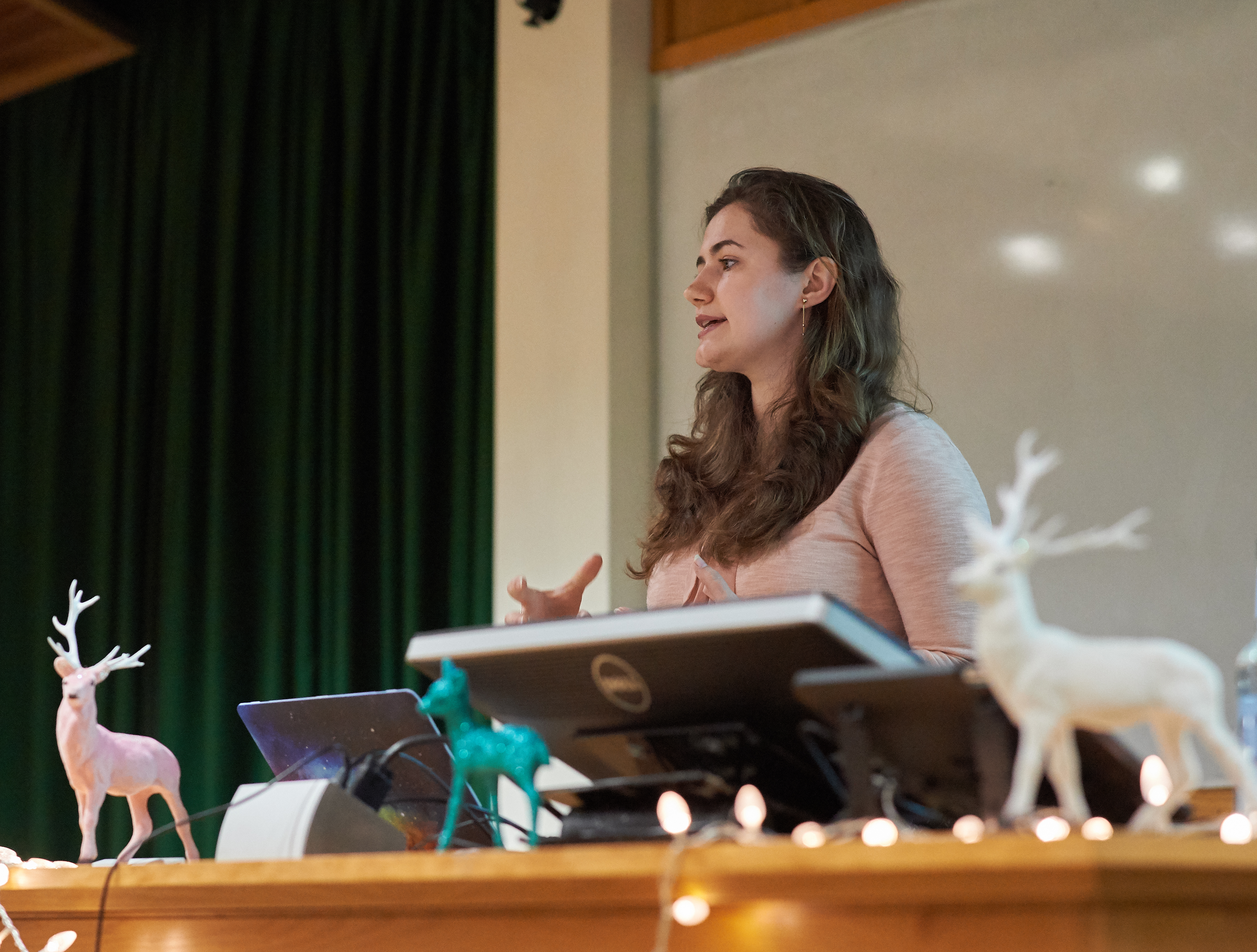 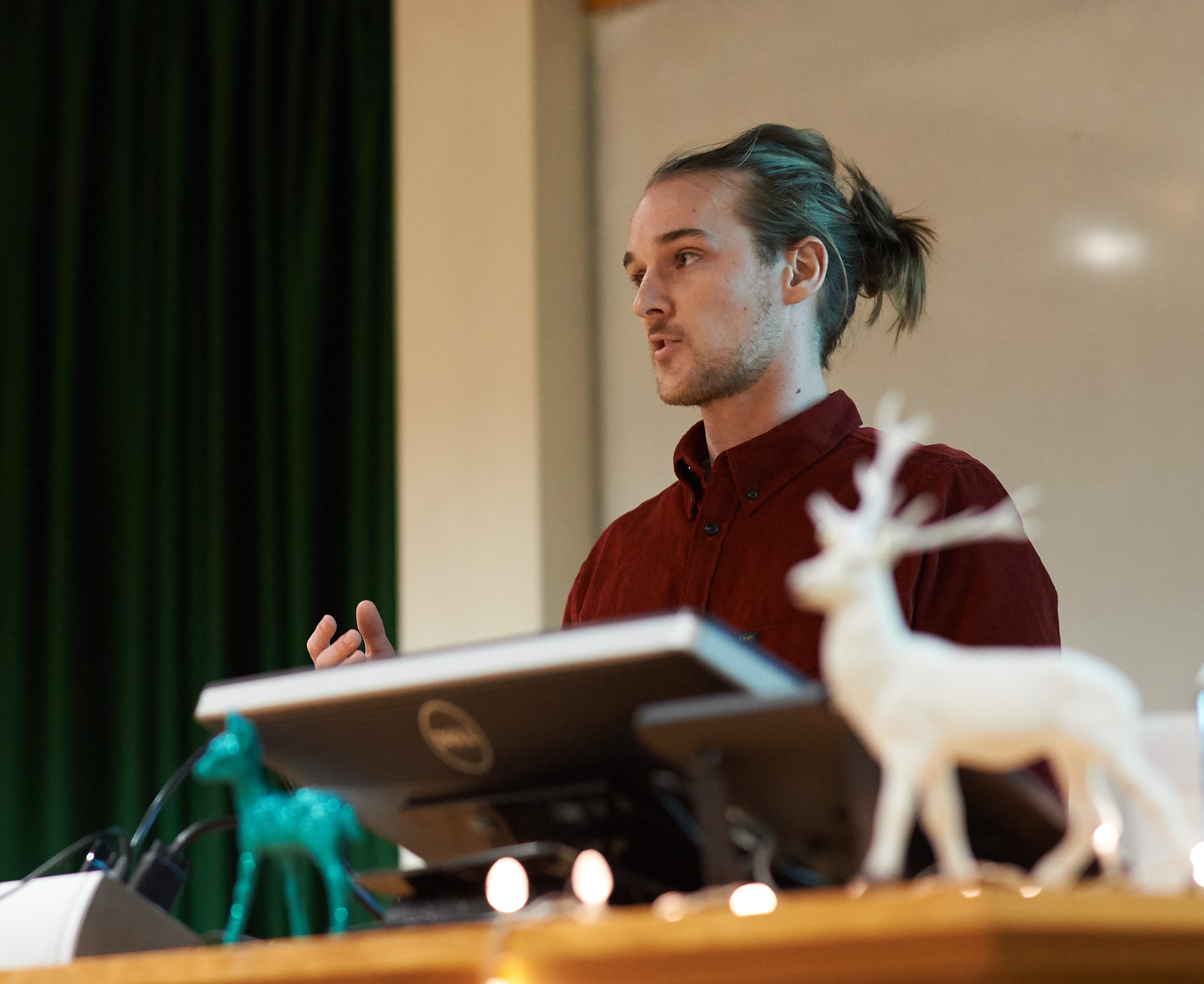 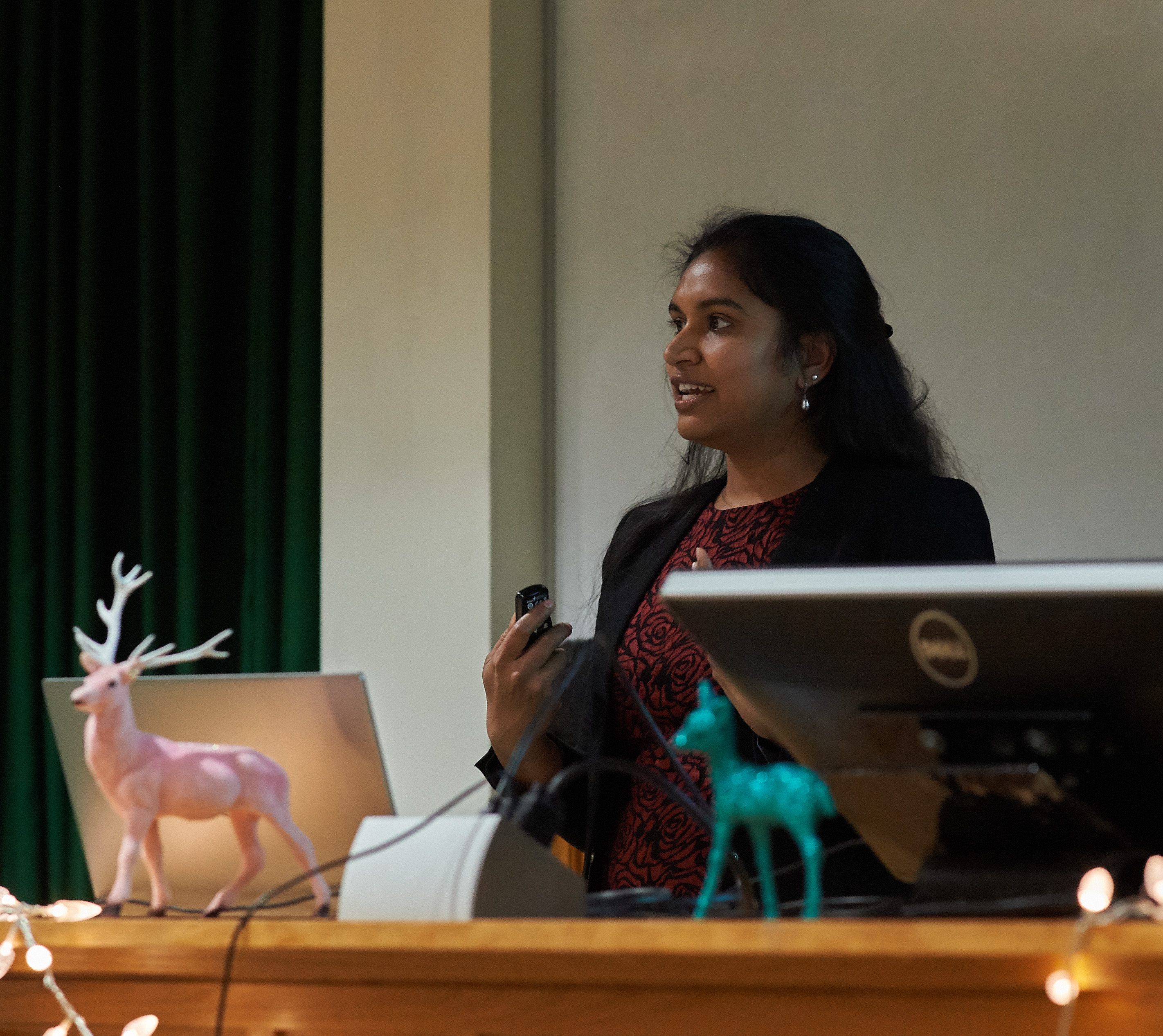 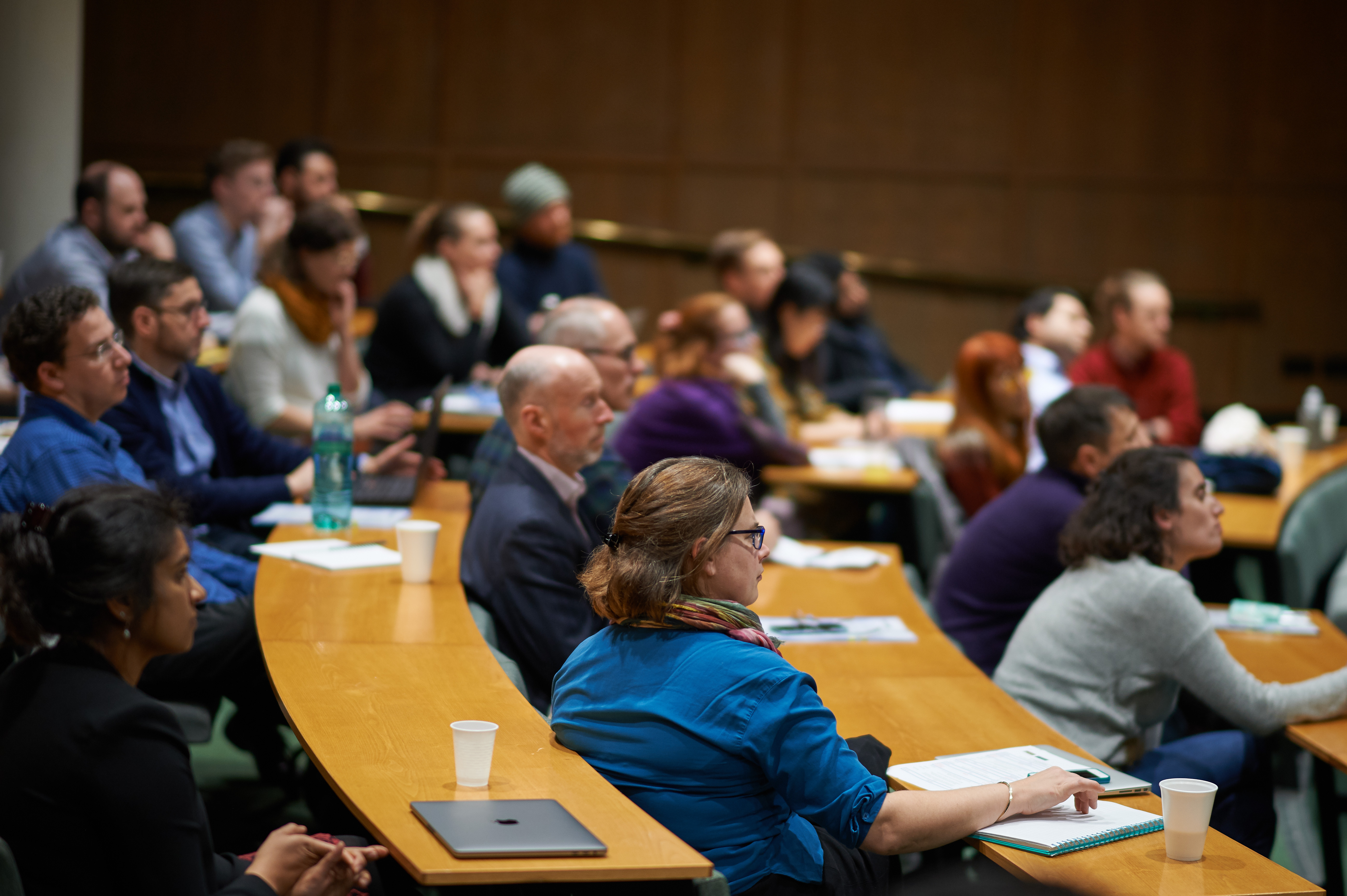 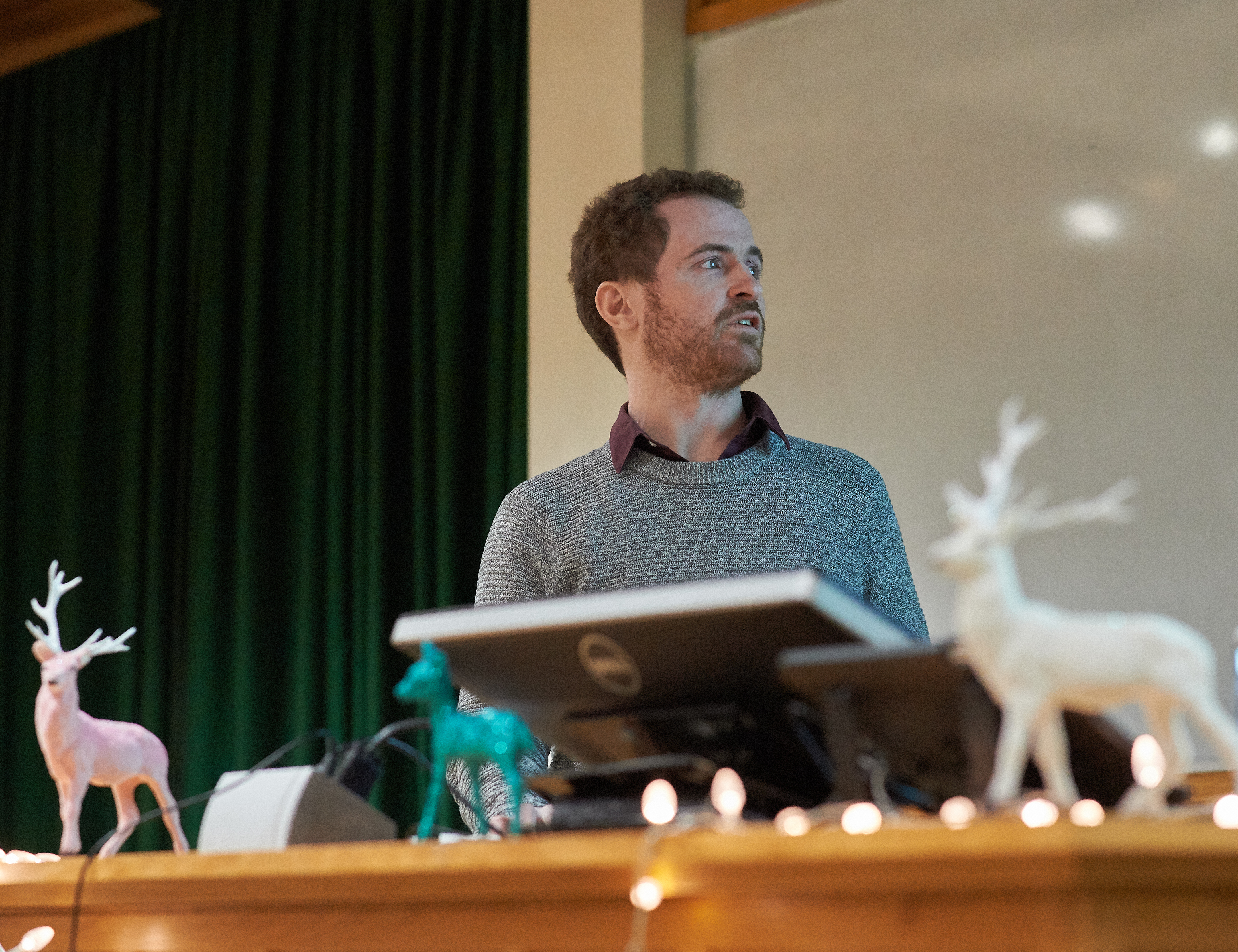 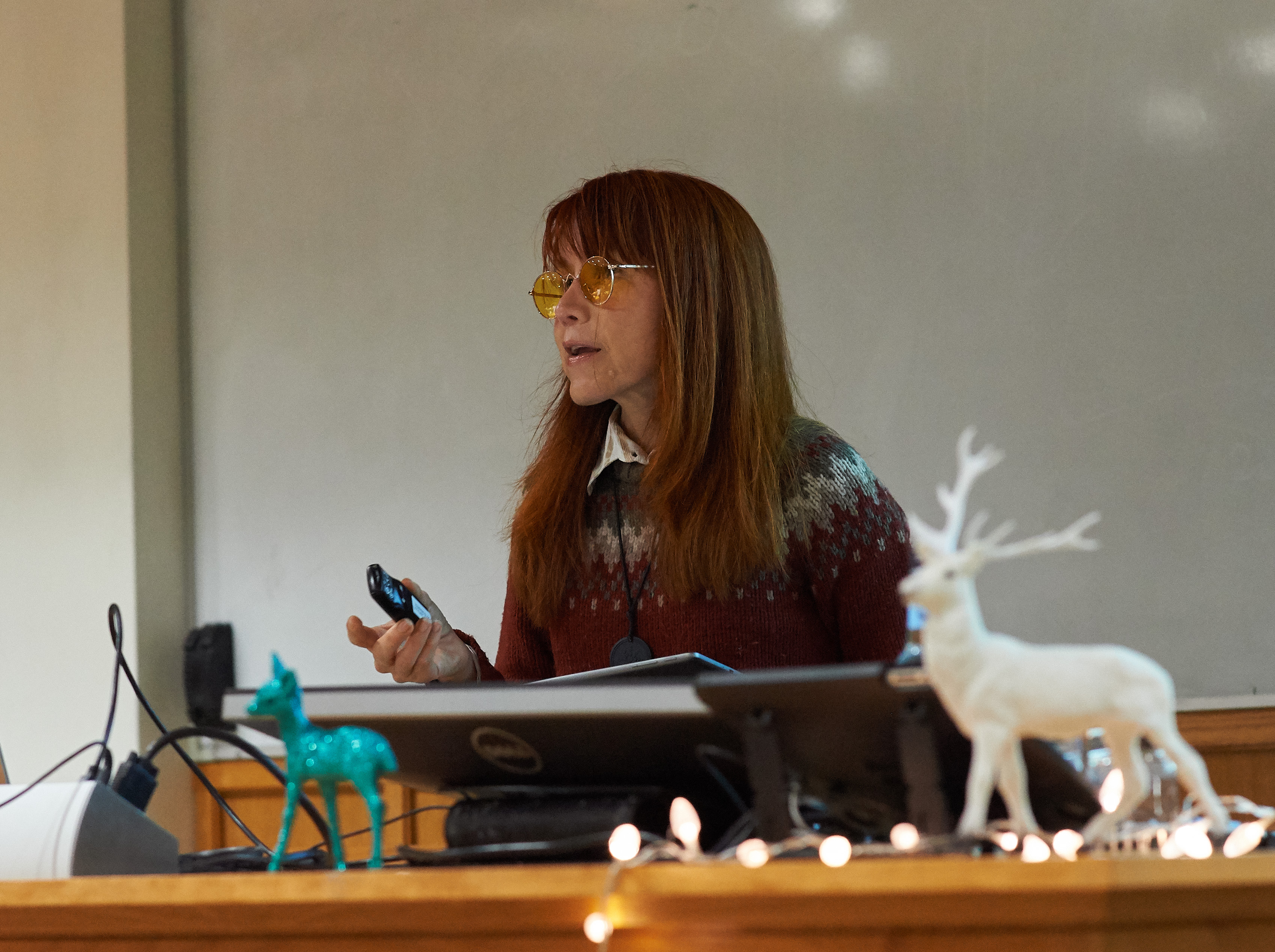 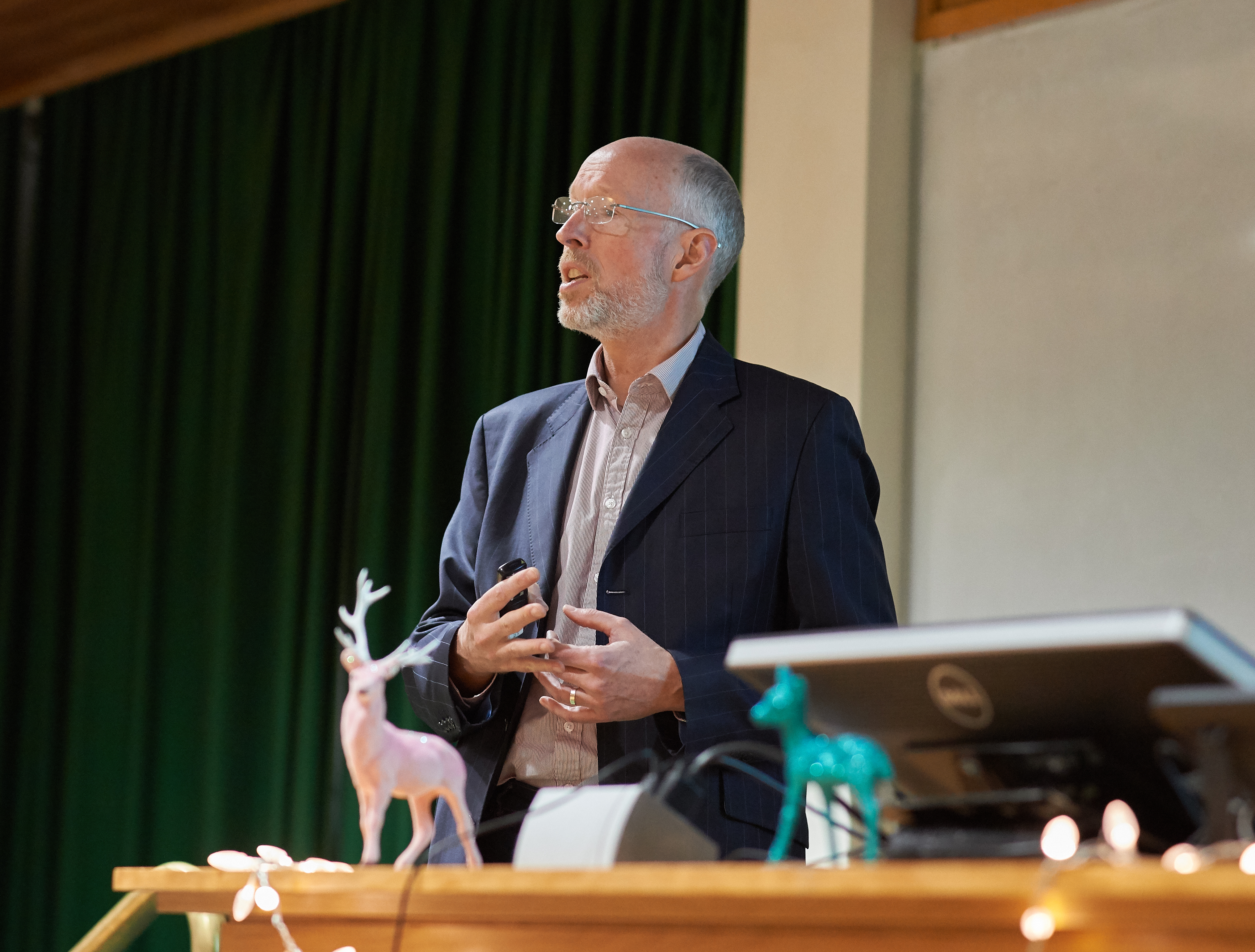 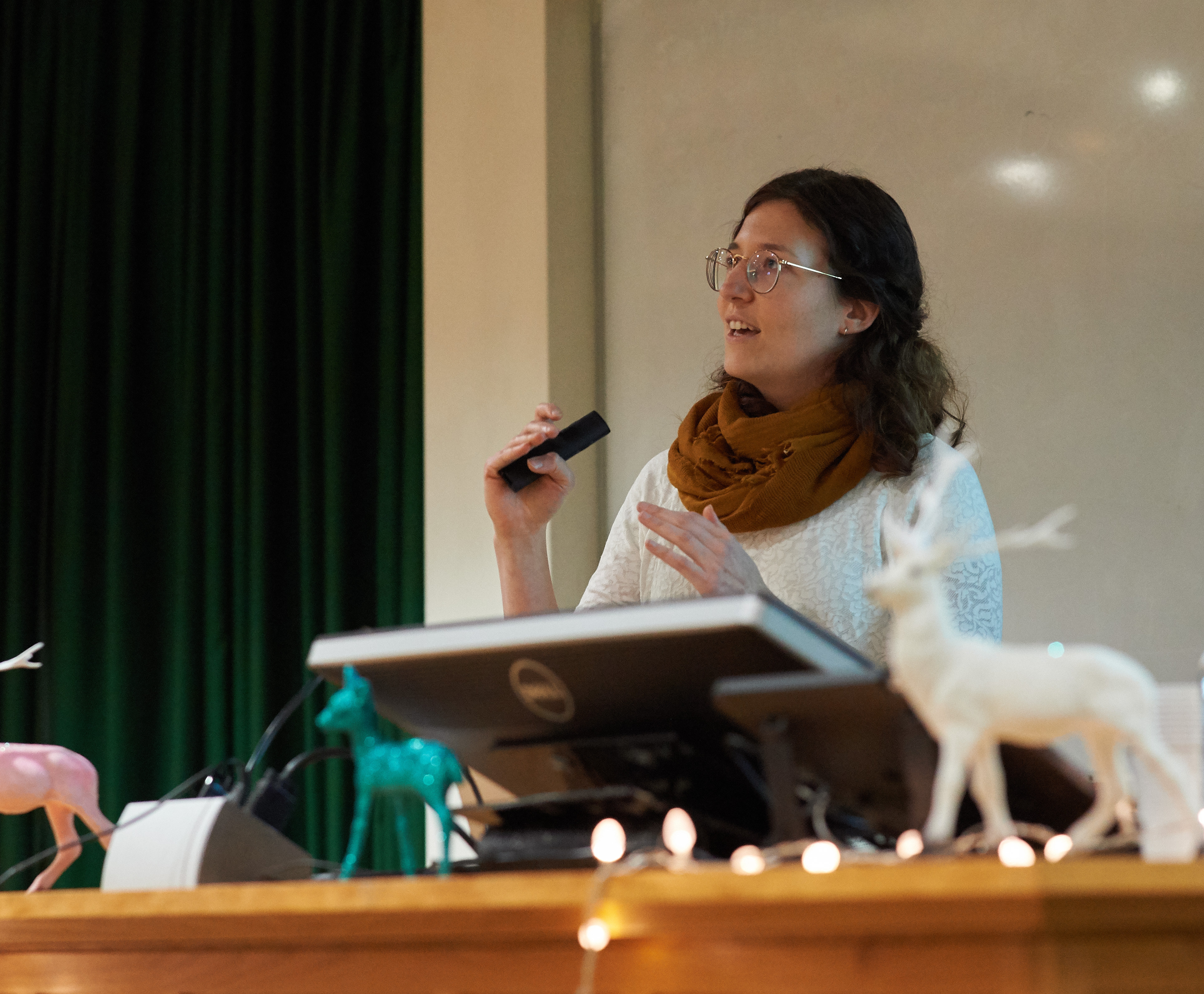 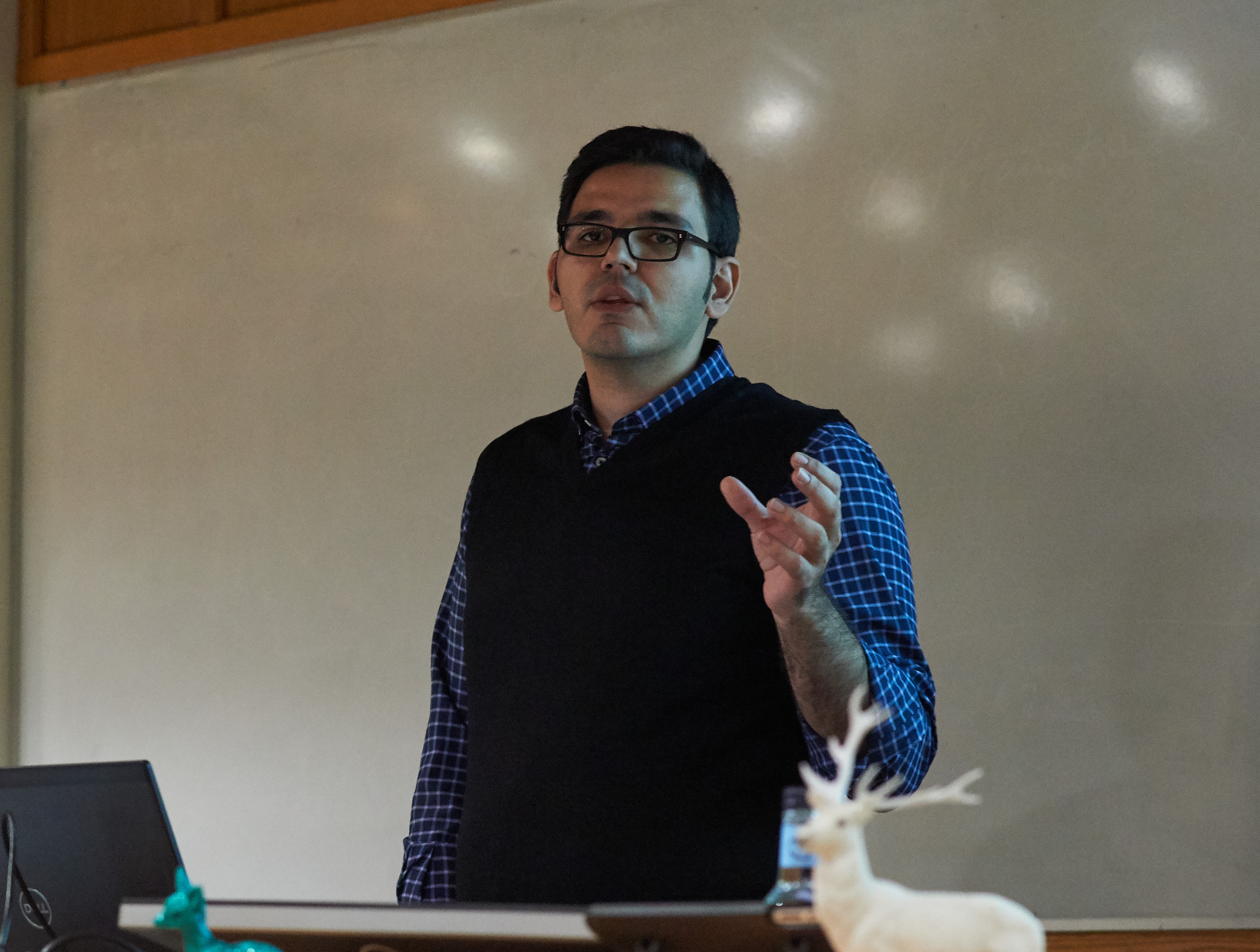 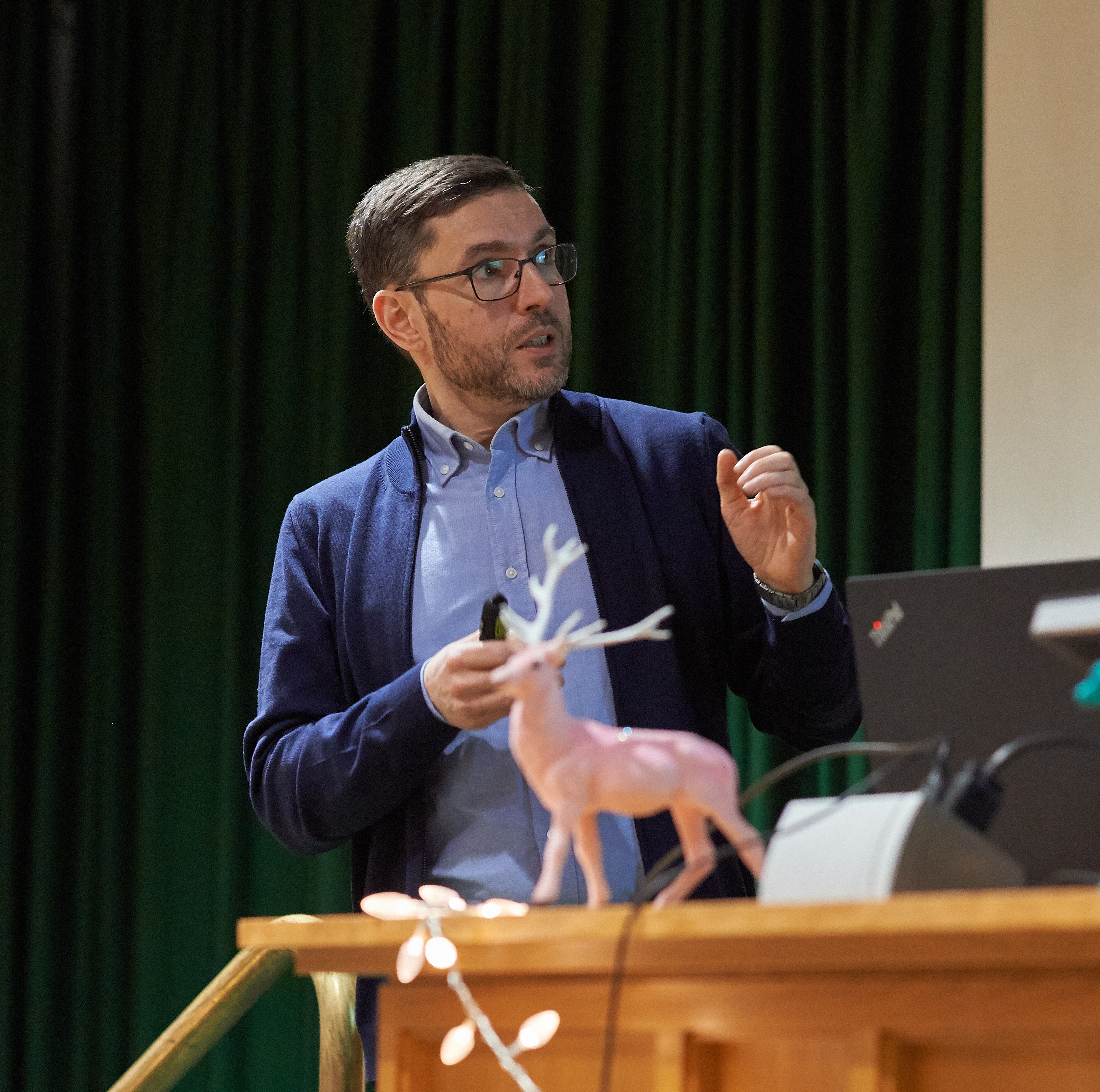 5 new fully-funded Ph.D. studentships available at the Unit from October 2020!

We are excited to announce that the MRC Brain Network Dynamics Unit has five fully-funded MRC studentships available from October 2020 to support Ph.D. (D.Phil.) projects as part of the Nuffield Department of Clinical Neurosciences.

The five D.Phil. projects on offer are:

5. Cell and circuit function in the basal ganglia in health and disease.  (Supervisor: Professor Peter Magill)

Candidates can apply for more than one D.Phil. project. See weblinks above for more details on projects and how to apply.

The closing date for applications for all projects is 12.00 midday UK time on Friday 10th January 2020.

Short-listed applicants will be interviewed on 29th and 30th January 2020.

Our congratulations go to Unit D.Phil. student Rahul Shah for successfully defending his doctoral thesis, entitled “Connectivity-specified targeting and manipulation of the motor thalamus”, in his viva voce examination on 25th November 2019.

A warm welcome to Christoph 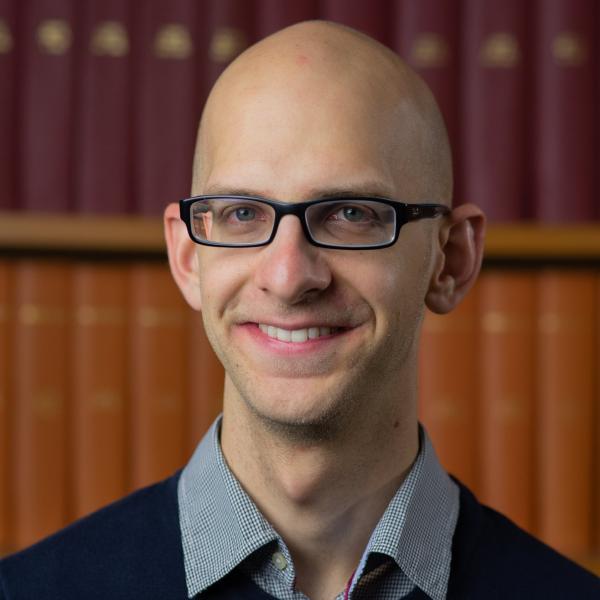 We are pleased to welcome Christoph Wiest to the Unit as a new D.Phil. student, working in the Groups led by Dr Huiling Tan and Professor Peter Brown. Christoph’s research at the Unit will focus on the therapeutic effects of adaptive deep brain stimulation in Parkinson's disease. In addition, he will study functional subcortical connectivity in patients with Essential Tremor.

Christoph studied Medicine at the University of Heidelberg and Karolinska Institute, Stockholm, and completed clinical internships amongst others at the University of Melbourne and the University of Cape Town. For his M.D. thesis, he joined Prof. Emre Yaksi’s Group at the Kavli Institute for Systems Neuroscience in Trondheim, where he helped develop a stress model in juvenile zebrafish. There he worked on behavioural assays and applied two-photon microscopy to unravel the intricacies of stress in the zebrafish forebrain.

A warm welcome to Beatriz We are pleased to welcome Beatriz Silveira de Arruda to the Unit as a new D.Phil. student, working under the primary supervision of Professor Peter Brown. Beatriz will undertake a challenging project to develop non-invasive means of treating tremor in essential tremor and Parkinson's disease.

Beatriz obtained a B.Sc. degree in Biomedical Engineering and Neuroscience from Brown University, USA. She completed her senior honors thesis in the Brown Neuromotion Laboratory, where she worked on characterizing the kinematics of purposeful movement and basic locomotion in rhesus macaques. Beatriz also completed research internships at the Center for Neuroengineering, Duke University, USA, and in the Laboratory of the Walk Again Project in Sao Paulo, Brazil. 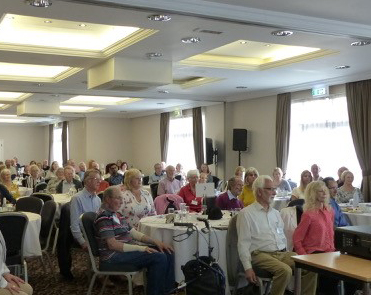 Peter presented some of the Unit’s latest research to an enthusiastic Forum audience of around 90 people with Parkinson’s and their carers, families and friends. Peter focused his talk on some important discoveries arising from the use of animals in Parkinson’s research. Peter then stayed on for a lively and engaging Q & A panel session at the end of day, fielding many insightful questions from the lay membership.

Peter commented “This was a fantastic day, with something for everyone interested in Parkinson’s research. The Forum provided an invaluable opportunity for exchanging information, as well as for establishing new links with Unit stakeholders in the east midlands.” 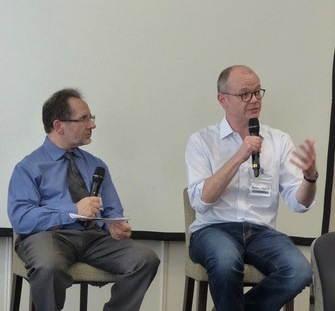 A warm welcome to Lauren We are pleased to welcome Lauren Strickland to the Unit. Lauren joins the Dupret Group as a Research Technician, providing specialist scientific support to diverse projects, including those defining the neural correlates of flexible learning and inferential reasoning.

Lauren originally graduated with a BSc in Biomedical Sciences from the University of Edinburgh. She then completed an MScR, also at Edinburgh, where she worked on an endoscopic calcium-imaging approach to investigate the neural representations of decision making and how those can change over time during a working memory task.

‘Au revoir’ to Hayley Reeve as she starts her Ph.D. in Bristol Last week, Unit members gathered to bid a fond farewell to Hayley Reeve as she leaves the Unit to start her Ph.D. studies in neuroscience at the University of Bristol. Hayley will undertake her doctoral research as part of the South West Biosciences Doctoral Training Partnership.

Hayley has been working as a Research Technician as part of the Dupret Group, where she has provided specialist scientific support in mouse behaviour for numerous projects, including those defining the neuronal correlates of flexible learning.

Hayley’s mentor, Dr David Dupret, commented “It has been a pleasure to work with Hayley over the last two years. Her expertise in rodent behaviour has greatly contributed to projects across the lab. We are proud of Hayley’s achievements, will miss her, and wish her every success in her Ph.D. project.”

Over two weeks in August, the MRC Brain Network Dynamics Unit again hosted school pupils enrolled on an innovative work-experience placement scheme that was organised in partnership with the charity in2scienceUK.

The placement scheme was tailored for pupils from local state-funded schools to support their progress into university degrees and careers in science, technology, engineering and mathematics (STEM). During their time in the Unit, the pupils worked alongside Unit researchers and were given personalised mentoring to gain a wide variety of practical experiences, as well as to learn more about key concepts and challenges in neuroscience, medical research, and the use of animals in scientific procedures. The pupils also received guidance on university applications, wider information about STEM careers, and training in transferable skills during a series of workshops run by in2scienceUK. The pupils recorded their experiences and progress in blogs and images.

The STEM work-experience placement scheme was pioneered in Oxford by the Unit in 2016, and was then successfully rolled out across the wider University in 2017. This year’s scheme hosted almost 50 pupils in labs across eleven Departments and two Divisions at the University.

Deputy Director Professor Peter Magill commented “Local school pupils are a priority audience for the Unit’s award-winning Outreach Programme, and working with our partners at in2scienceUK, we have again delivered a range of experiences that set a high standard for engagement. Over the fortnight of activities, the excitement of the pupils, their mentors, and other Unit members really shone through.” 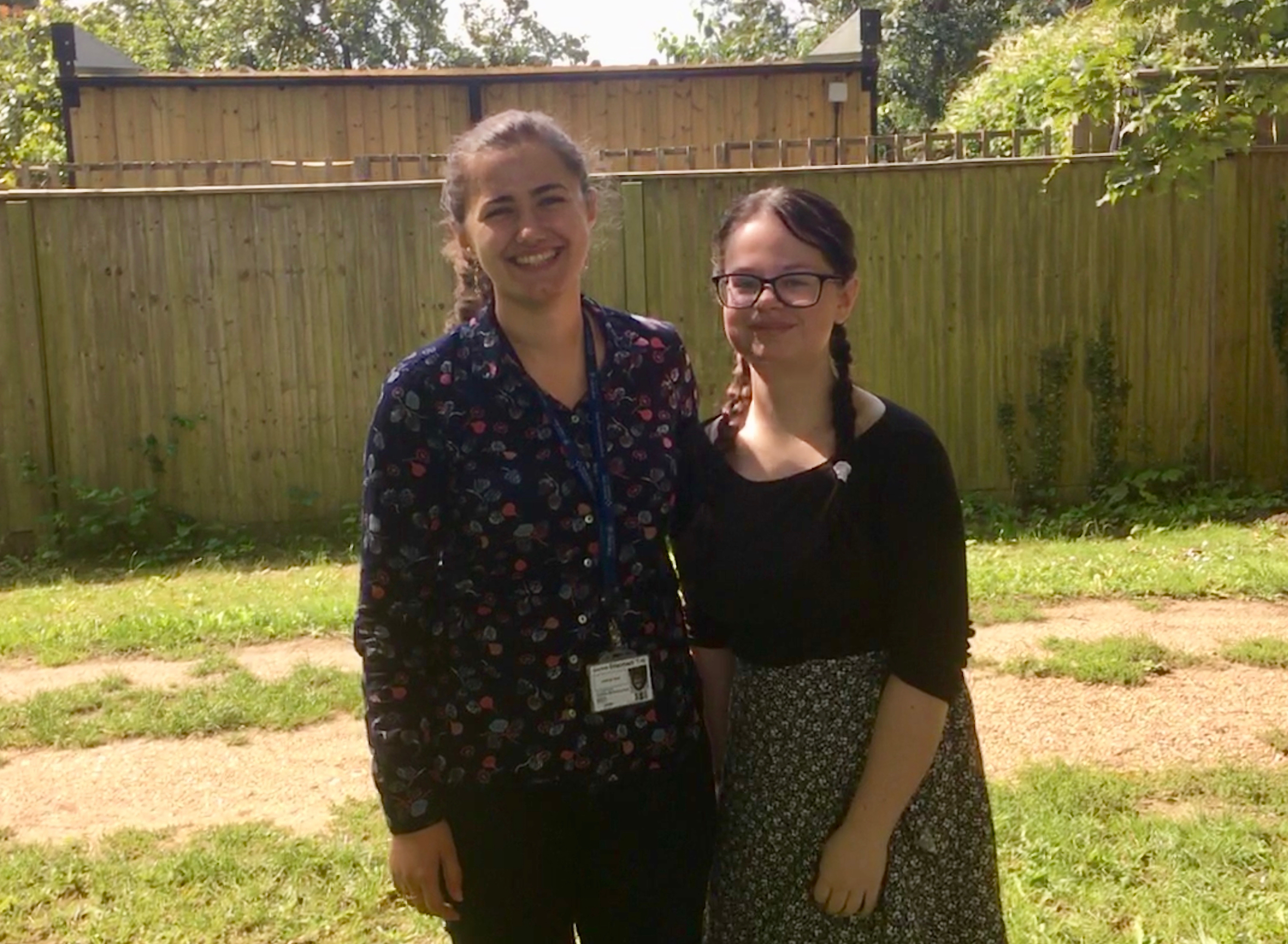 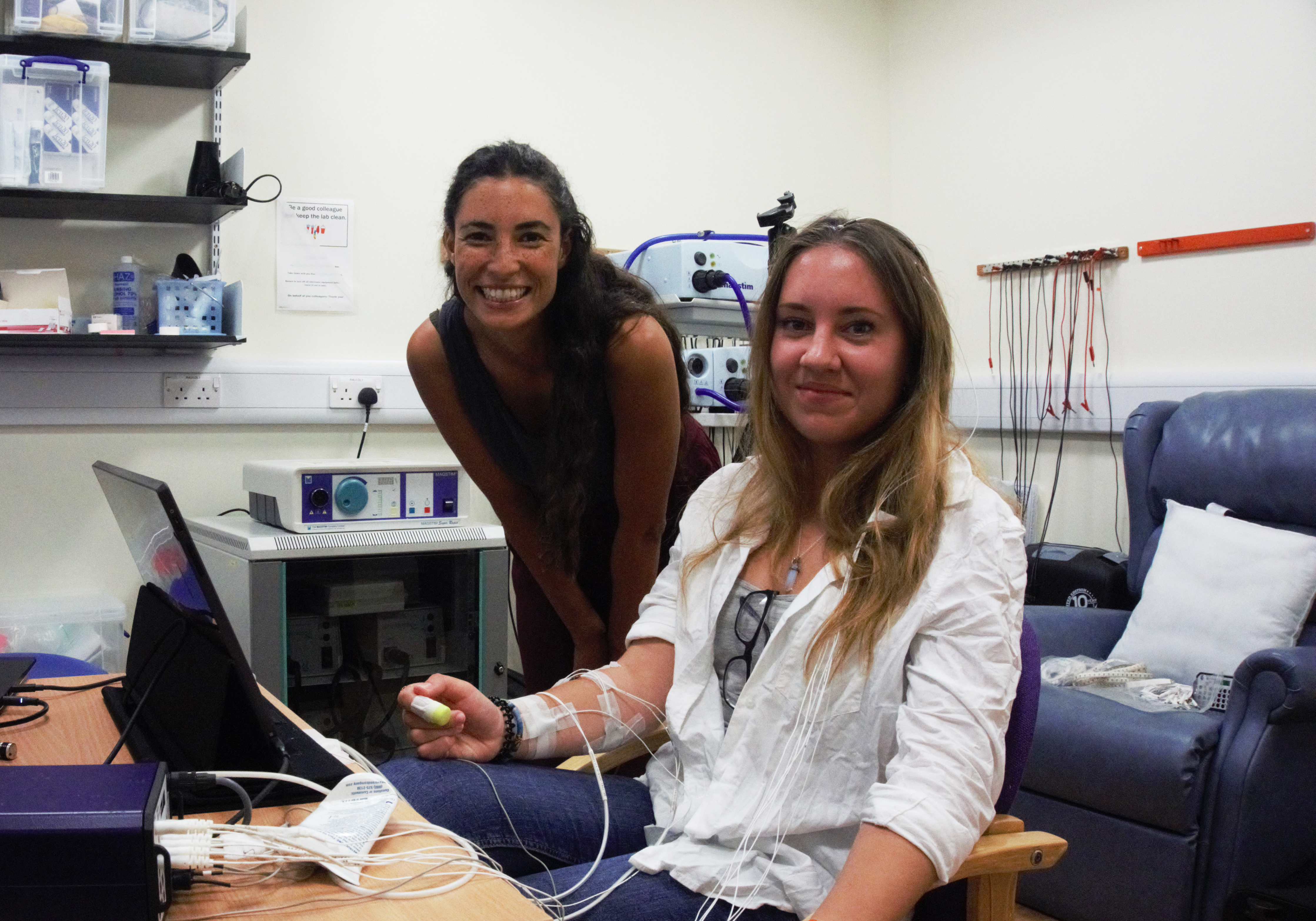 A warm welcome to Fahd We are pleased to welcome Dr Fahd Baig to the Unit as a new Clinical Research Fellow, working in the Group led by Professor Peter Brown and with the Functional Neurosurgery team at St. George’s University, London. Fahd’s research at the Unit will focus on decoding speech from local field potential activities recorded in the subthalamic nucleus in patients undergoing surgery for the treatment of Parkinson's disease.

Fahd is a neurologist with a specialist interest in movement disorders.  He studied medicine at the University of Southampton and conducted his specialty training in the East Midlands Deanery before completing a fellowship in movement disorders in Bristol. During his training, he undertook a D.Phil. at the Oxford Parkinson’s Disease Centre, studying biomarkers and clinical outcomes in Parkinson’s.