We show that people with Parkinson’s can be trained to suppress a special kind of brain activity related to their movement difficulties. We discovered that this training sped up people’s responses when prompted to move. However, the same training also made shaking (tremor) worse. Our results suggest that a person’s symptoms have to be carefully considered when trying ‘brain training’.

Previous studies have explored neurofeedback training for Parkinsonian patients to suppress beta oscillations in the subthalamic nucleus (STN). However, its impacts on movements and Parkinsonian tremor are unclear. We developed a neurofeedback paradigm targeting STN beta bursts and investigated whether neurofeedback training could improve motor initiation in Parkinson's disease compared to passive observation. Our task additionally allowed us to test which endogenous changes in oscillatory STN activities are associated with trial-to-trial motor performance. Neurofeedback training reduced beta synchrony and increased gamma activity within the STN, and reduced beta band coupling between the STN and motor cortex. These changes were accompanied by reduced reaction times in subsequently cued movements. However, in Parkinsonian patients with pre-existing symptoms of tremor, successful volitional beta suppression was associated with an amplification of tremor which correlated with theta band activity in STN local field potentials, suggesting an additional cross-frequency interaction between STN beta and theta activities. 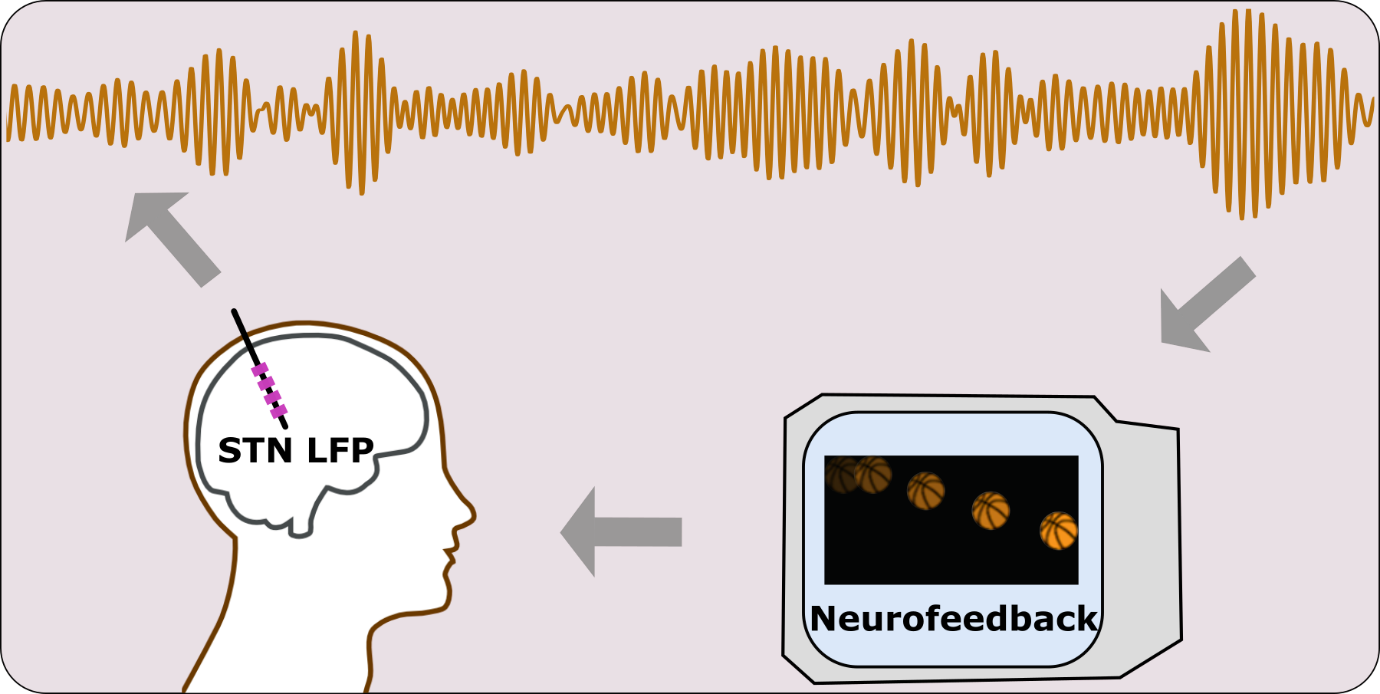 Prompted by visual cues displayed on a monitor, study participants were trained to change nerve cell activities in the subthalamic nucleus (STN) in the brain. The visual feedback was a basketball, with its position reflecting the occurrence of STN ‘beta burst’ activities that are a biomarker for bradykinesia and rigidity.
Citation
2020. eLife, 9:e60979.
Free Full Text at Europe PMC
PMC7695453