Recording of the local field potential activity in the human subthalamic nucleus during voluntary movement. The magnitude of different frequencies at any moment in time is colour coded from blue to yellow (high). The overlaid black traces show movements made by a joystick held in the opposite hand. There is a reduction in activity in the nucleus before and during each movement. X and Y axes are time (10 second tick marks) and frequency (Hz), respectively. 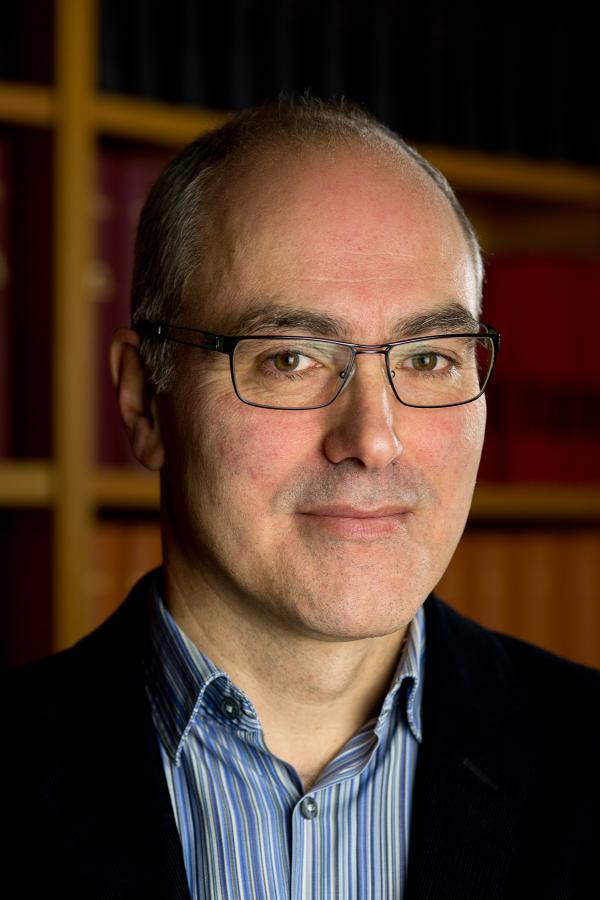 Peter graduated in Medicine at the University of Cambridge. He was appointed a Professor of Neurology at University College London in 2004, and in 2006, he became Head of the Sobell Department of Motor Neuroscience and Movement Disorders at the Institute of Neurology, University College London. He moved to the Nuffield Department of Clinical Neurosciences at the University of Oxford as Professor of Experimental Neurology in 2010, and in 2015, became the first Director of the MRC BNDU. He retired in 2021.

Peter began his research in disorders of movement in the early 1990s, when he was instrumental in classifying and determining the underlying pathophysiology of myoclonus, and the stiff person and startle syndromes. Subsequently, Peter developed an interest in the pathophysiology of Parkinson’s disease, establishing that synchronised oscillations amongst nerve cells in the basal ganglia of the brains of people with Parkinson’s are linked to symptoms of stiffness and slowness, and successfully pioneering therapeutic interventions that leverage this phenomenon.

Mechanisms Underlying Decision-Making as Revealed by Deep-Brain Stimulation in Patients with Parkinson's Disease.