Stimulating at the right time to recover network states in a model of the cortico-basal ganglia-thalamic circuit.

Neurological diseases can change activity across the brain and lead to symptoms like poor movement. This computer modelling work shows that returning the brain back to a “healthy” state can be achieved by directly changing brain connections or by altering brain activity with well-timed stimulation. This suggests that brain stimulation is useful for flexibly, quickly and precisely re-tuning brain networks in disease.

Synchronization of neural oscillations is thought to facilitate communication in the brain. Neurodegenerative pathologies such as Parkinson's disease (PD) can result in synaptic reorganization of the motor circuit, leading to altered neuronal dynamics and impaired neural communication. Treatments for PD aim to restore network function via pharmacological means such as dopamine replacement, or by suppressing pathological oscillations with deep brain stimulation. We tested the hypothesis that brain stimulation can operate beyond a simple "reversible lesion" effect to augment network communication. Specifically, we examined the modulation of beta band (14-30 Hz) activity, a known biomarker of motor deficits and potential control signal for stimulation in Parkinson's. To do this we setup a neural mass model of population activity within the cortico-basal ganglia-thalamic (CBGT) circuit with parameters that were constrained to yield spectral features comparable to those in experimental Parkinsonism. We modulated the connectivity of two major pathways known to be disrupted in PD and constructed statistical summaries of the spectra and functional connectivity of the resulting spontaneous activity. These were then used to assess the network-wide outcomes of closed-loop stimulation delivered to motor cortex and phase locked to subthalamic beta activity. Our results demonstrate that the spatial pattern of beta synchrony is dependent upon the strength of inputs to the STN. Precisely timed stimulation has the capacity to recover network states, with stimulation phase inducing activity with distinct spectral and spatial properties. These results provide a theoretical basis for the design of the next-generation brain stimulators that aim to restore neural communication in disease. 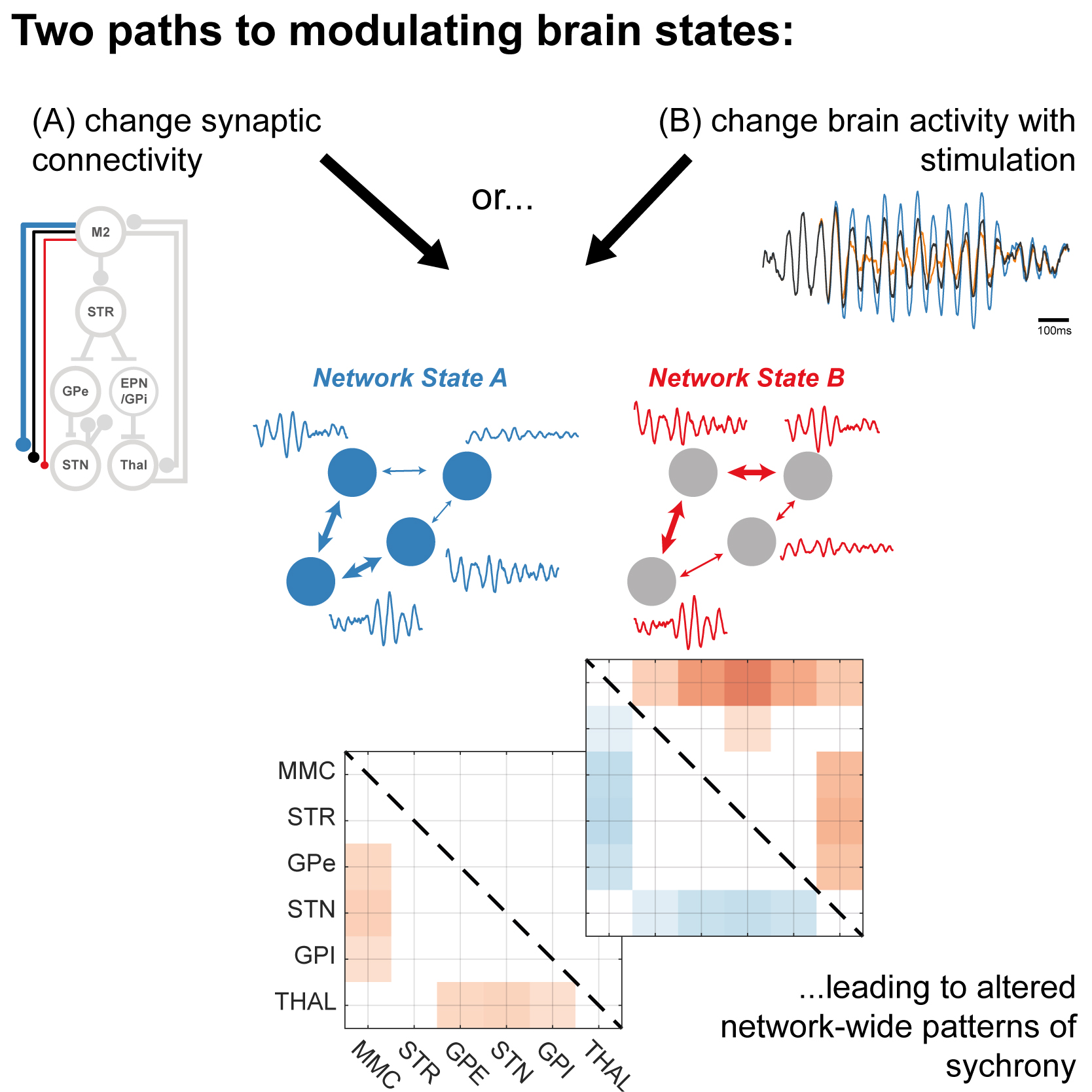 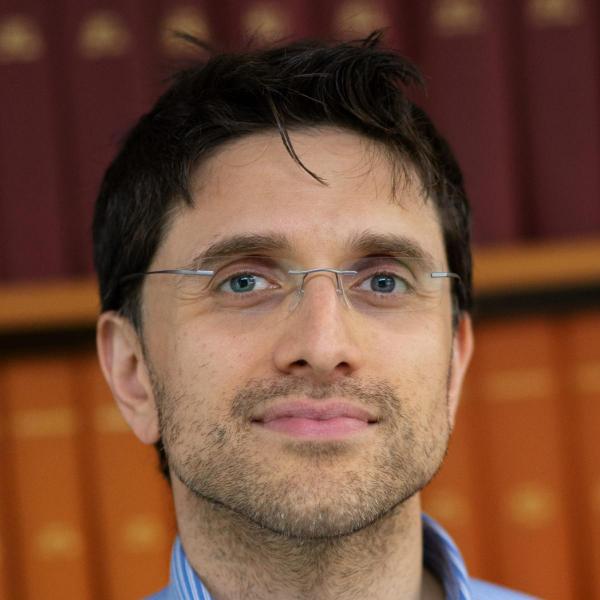