Lateral habenula is believed to encode negative motivational stimuli and plays key roles in the pathophysiology of psychiatric disorders. However, how habenula activities are modulated during the processing of emotional information is still poorly understood. We recorded local field potentials from bilateral habenula areas with simultaneous cortical magnetoencephalography in nine patients with psychiatric disorders during an emotional picture-viewing task. Transient activity in the theta/alpha band (5-10 Hz) within the habenula and prefrontal cortical regions, as well as the coupling between these structures, is increased during the perception and processing of negative emotional stimuli compared to positive emotional stimuli. The increase in theta/alpha band synchronization in the frontal cortex-habenula network correlated with the emotional valence but not the arousal score of the stimuli. These results provide direct evidence for increased theta/alpha synchrony within the habenula area and prefrontal cortex-habenula network in the perception of negative emotion in human participants. 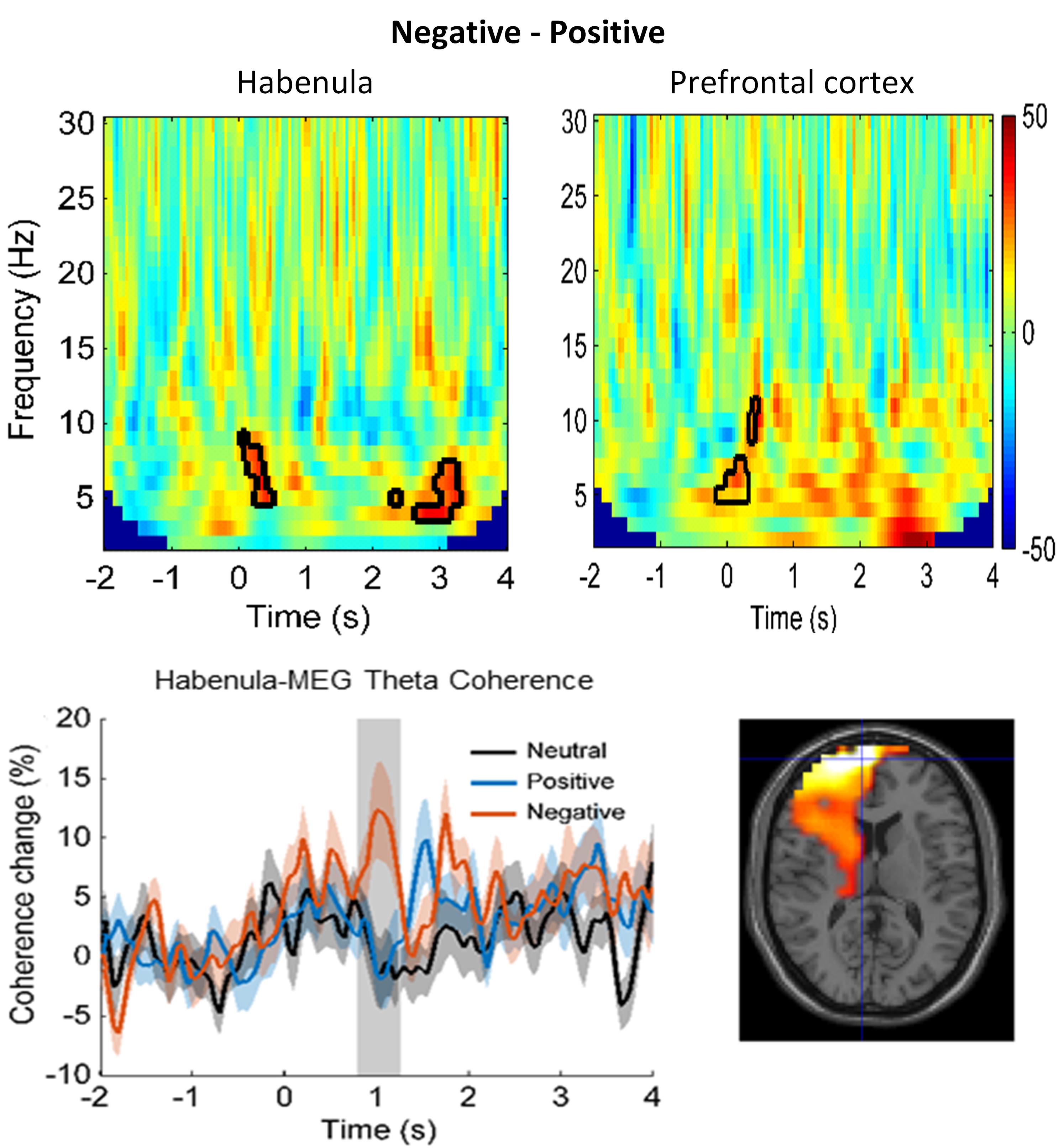