Beta synchrony in the cortico-basal ganglia network during regulation of force control on and off dopamine.

Here, we show that a special type of electrical activity recorded deep in the brain is related to changes in the effort rather than the force made during voluntary movements.

Beta power suppression in the basal ganglia is stronger during movements that require high force levels and high movement effort but it has been difficult to dissociate the two. We recorded scalp EEG and basal ganglia local field potentials in Parkinson's disease patients (11 STN, 7 GPi) ON and OFF dopaminergic medication while they performed a visually-guided force matching task using a pen on a force-sensitive graphics tablet. Force adjustments were accompanied by beta power suppression irrespective of whether the force was increased or reduced. Before the adjustment was completed, beta activity returned. High beta power was specifically associated with slowing of the force adjustment. ON medication, the peak force rate was faster and cortico-basal ganglia beta phase coupling was more readily modulated. In particular, phase decoupling was stronger during faster adjustments. The results suggest that beta power in the basal ganglia does not covary with force per se, but rather with a related factor, the absolute force rate, or a more general concept of movement effort. The results also highlight that beta activity reappears during stabilization of isometric contractions, and that dopamine-related suppression of cortico-basal ganglia beta coupling is linked to faster force adjustments. 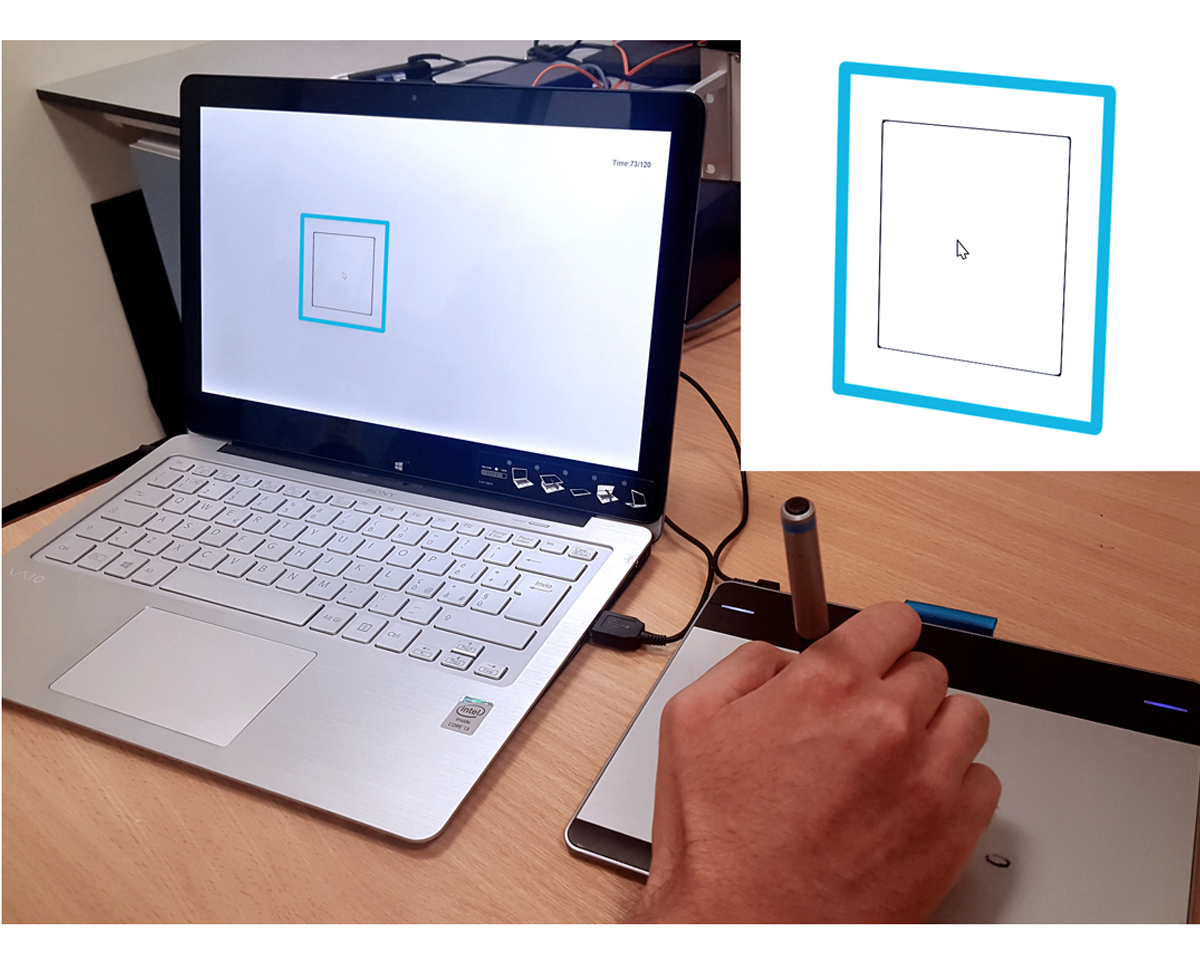 Set-up of behavioural task used. Participants applied force with a pen on a graphics tablet. The black square shrunk or expanded whenever the force was decreased or increased. The task was to match the black square to the blue square, which randomly varied in size.
Citation
2019. Neurobiol. Dis., 127:253-263.
Free Full Text at Europe PMC
PMC6517271