We show that it is possible to translate or ‘decode’ the force of voluntary actions from electrical signals recorded in a part of the brain called the subthalamic nucleus. Importantly, we show that information about force can be obtained quickly, around the time which actions are made. This suggests the information could be used to drive robotic aids to assist people with movement difficulties.

Lack of force information and longevity issues are impediments to the successful translation of brain-computer interface systems for prosthetic control from experimental settings to widespread clinical application. The ability to decode force using deep brain stimulation electrodes in the subthalamic nucleus (STN) of the basal ganglia provides an opportunity to address these limitations. This paper explores the use of various classes of algorithms (Wiener filter, Wiener-Cascade model, Kalman filter, and dynamic neural networks) and recommends the use of a Wiener-Cascade model for decoding force from STN. This recommendation is influenced by a combination of accuracy and practical considerations to enable real-time, continuous operation. This paper demonstrates an ability to decode a continuous signal (force) from the STN in real time, allowing the possibility of decoding more than two states from the brain at low latency. 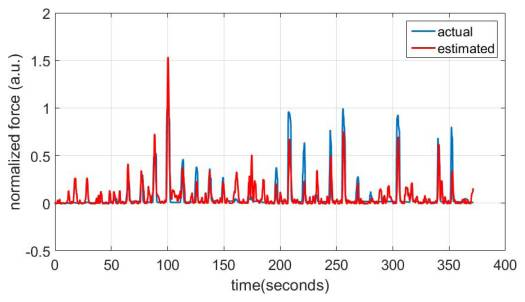