We have shown that ‘deep brain stimulation’ for the treatment of Parkinson’s disease can be made more efficient if it is triggered by abnormal brain signals. Here, we show that the speech impairments that can follow the stimulation procedure can be reduced when such triggering is introduced, without reducing the overall effectiveness of the treatment for relieving other movement difficulties. 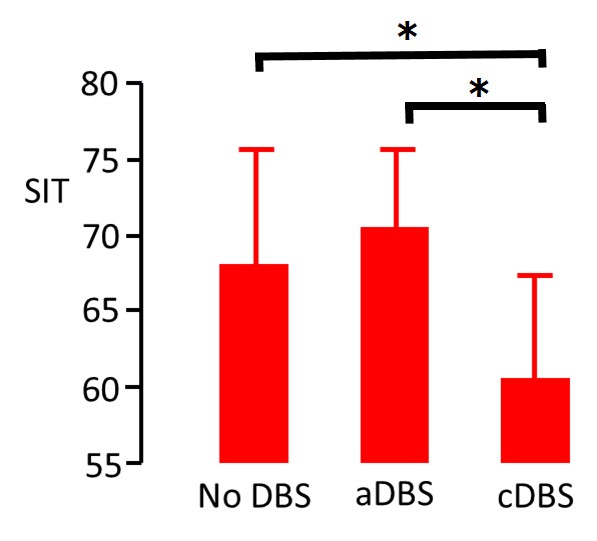