Adaptive deep brain stimulation (aDBS) holds promise for treating movement difficulties in Parkinson’s. Previous trials of aDBS have taken place immediately after electrodes were implanted. Here, we trial this therapeutic approach in patients whose electrodes were implanted years before. The same benefits of aDBS were seen under these conditions, which are more representative of the chronic treatment state.

Background: Beta-based adaptive Deep Brain Stimulation (aDBS) is effective in Parkinson’s disease (PD), when assessed in the immediate post-implantation phase. However, the potential benefits of aDBS in patients with electrodes chronically implanted, in whom changes due to the microlesion effect have disappeared, are yet to be assessed.

Methods: To determine the acute effectiveness and side-effect profile of aDBS in PD compared to conventional continuous DBS (cDBS) and no stimulation (NoStim), years after DBS implantation, 13 PD patients undergoing battery replacement were pseudo-randomised in a crossover fashion, into three conditions (NoStim, aDBS or cDBS), with a 2-min interval between them. Patient videos were blindly evaluated using a short version of the Unified Parkinson’s Disease Rating Scale (subUPDRS), and the Speech Intelligibility Test (SIT). 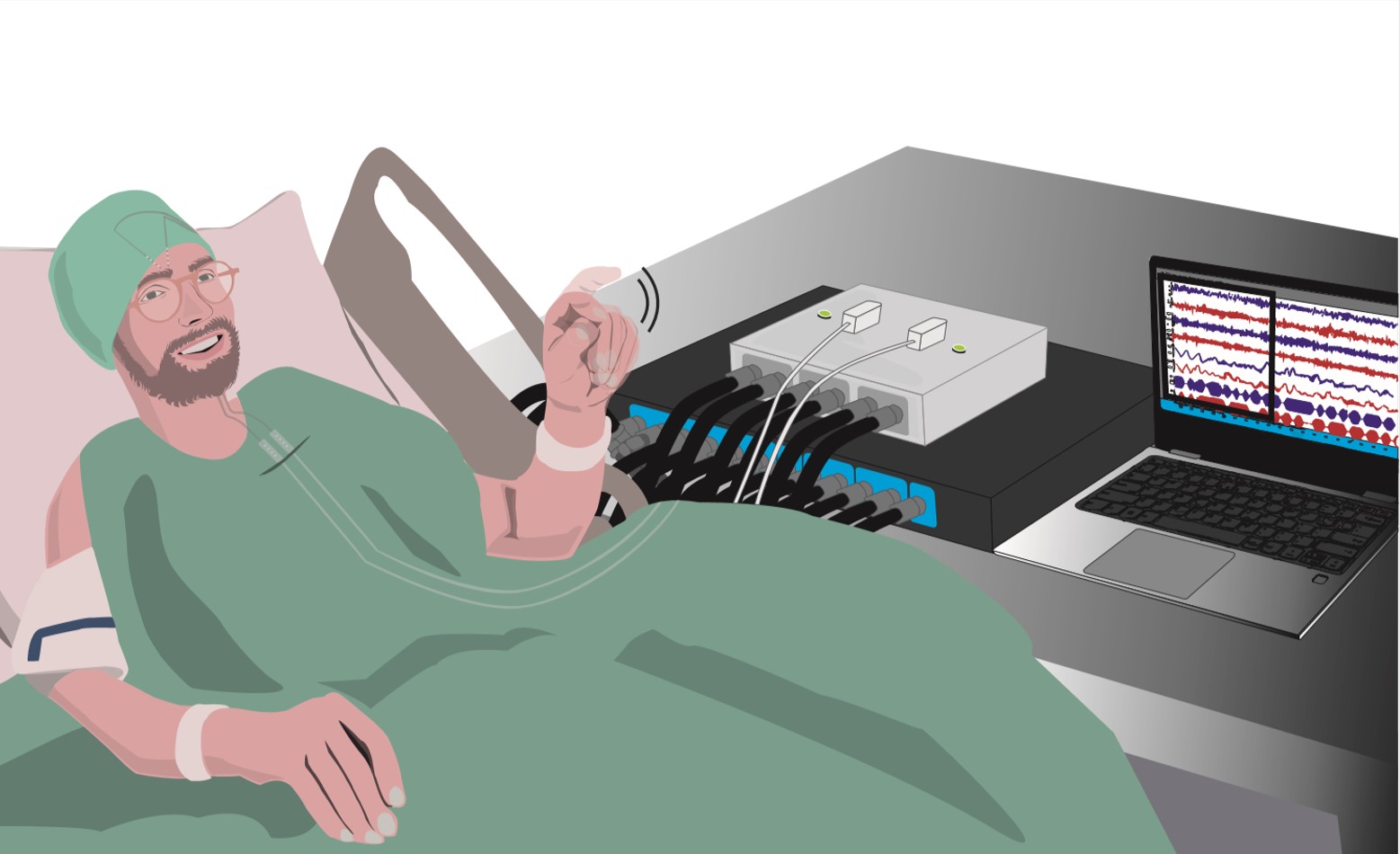 This study was performed alongside a surgical procedure for removing old batteries that were powering deep brain stimulation (DBS). Two temporary wires were attached to DBS electrode extension cables, and connected to a stimulator and amplifier. The study participants’ finger movements and other behaviours were then assessed during different types of DBS.
Citation
2020. Brain Stimul., 13(6):1507-1516.
Free Full Text at Europe PMC
PMC7116216