We recorded activity from therapeutic ‘deep brain stimulation’ (DBS) electrodes in the basal ganglia of people with Parkinson’s and compared it to activity in the rest of the brain. We found that brain circuits linking the basal ganglia to different areas of cerebral cortex had coupled activity over different frequencies, and that DBS selectively reduced coupling in circuits controlling movement. 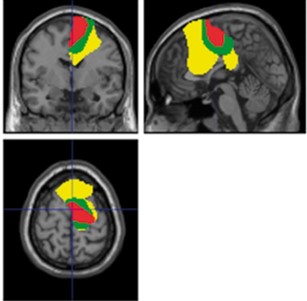