Changes in the LRRK2 gene are one of the most common genetic contributors to Parkinson’s disease. To better understand how changes in LRRK2 affects nerve cells, we studied rats expressing types of LRRK2 genes found in patients. We show these LRRK2 variants lead to movement difficulties and alter the electrical and chemical signals of the dopamine-releasing nerve cells vulnerable in Parkinson’s. 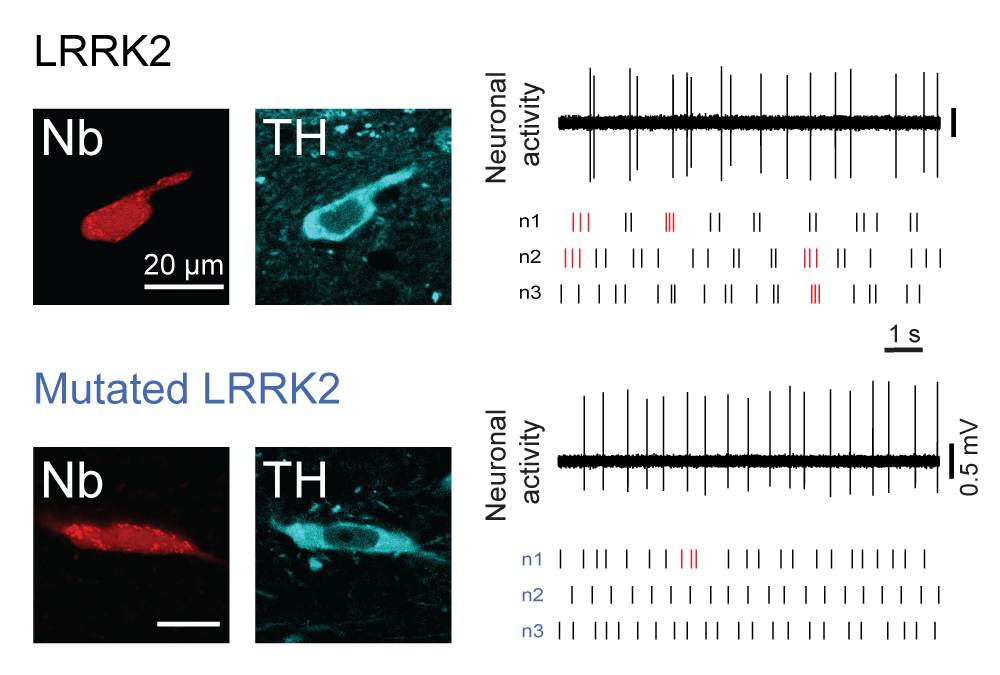