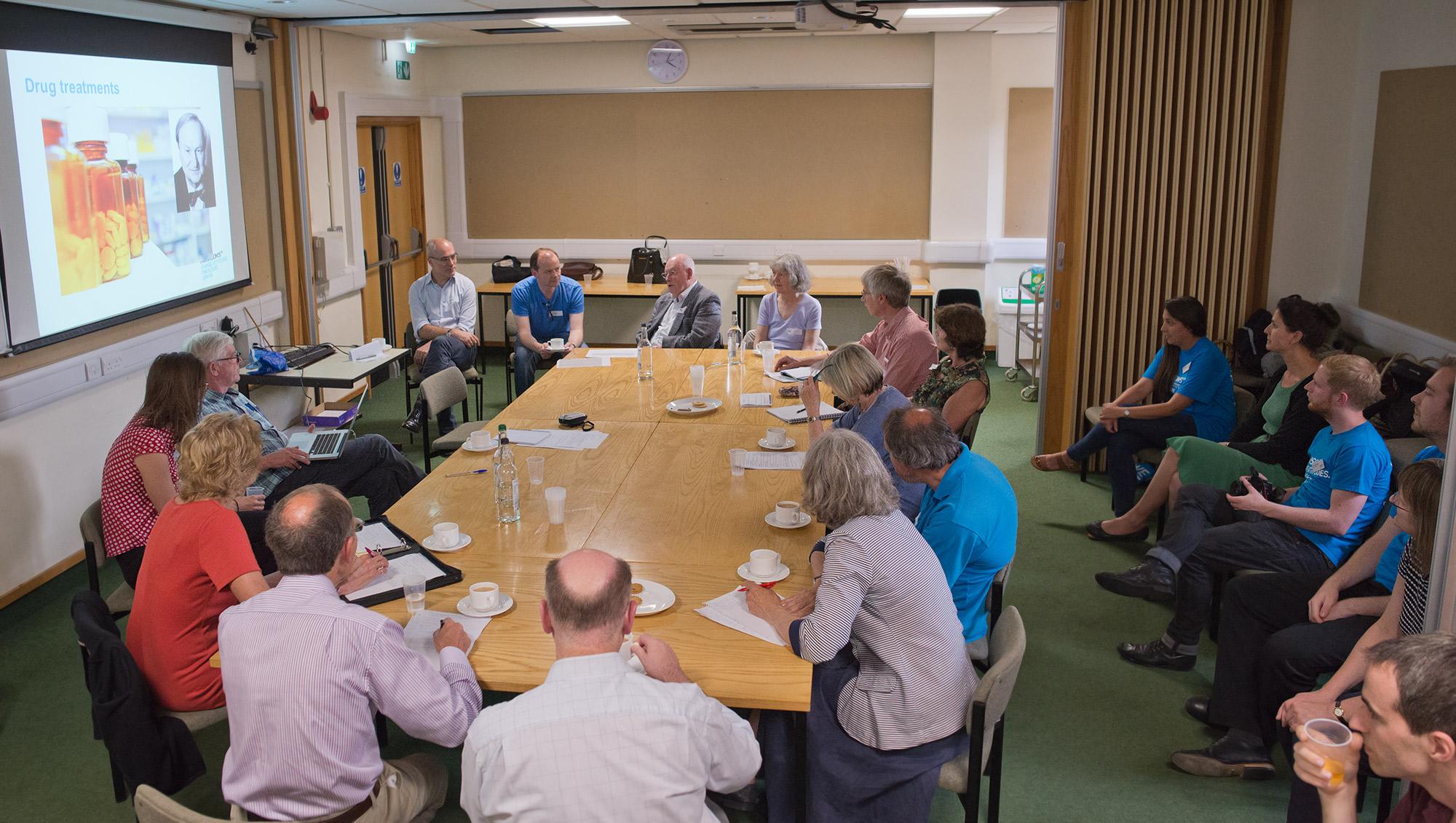 The Unit recently hosted a group of staff and lay members of the research charity Parkinson’s UK who have a particular interest in the use of animals in biomedical research. The visit was co-organised by Paul Bolam, Emeritus Senior Scientist at the Unit, and Claire Bale, Head of Research Communications and Engagement at the charity.  The visit began with Unit Director Peter Brown and Deputy Director Peter Magill highlighting how research using animals has advanced research into, and treatments for, Parkinson’s disease, as well as some other benefits arising from the mutual exchange of ideas and discoveries made in the clinical and “basic” research fields. The open discussion session then focused on why, how and when animals are used in Parkinson’s research and, more generally, how animal use in scientific procedures is regulated in the UK. During a tour of the Unit led by early-career scientists Paul Dodson and Natalie Doig, the visitors were shown new results from work in animals on the structure and function of dopamine-releasing nerve cells, which are especially vulnerable in Parkinson’s. The visitors were also shown mouse models of Parkinson’s disease.