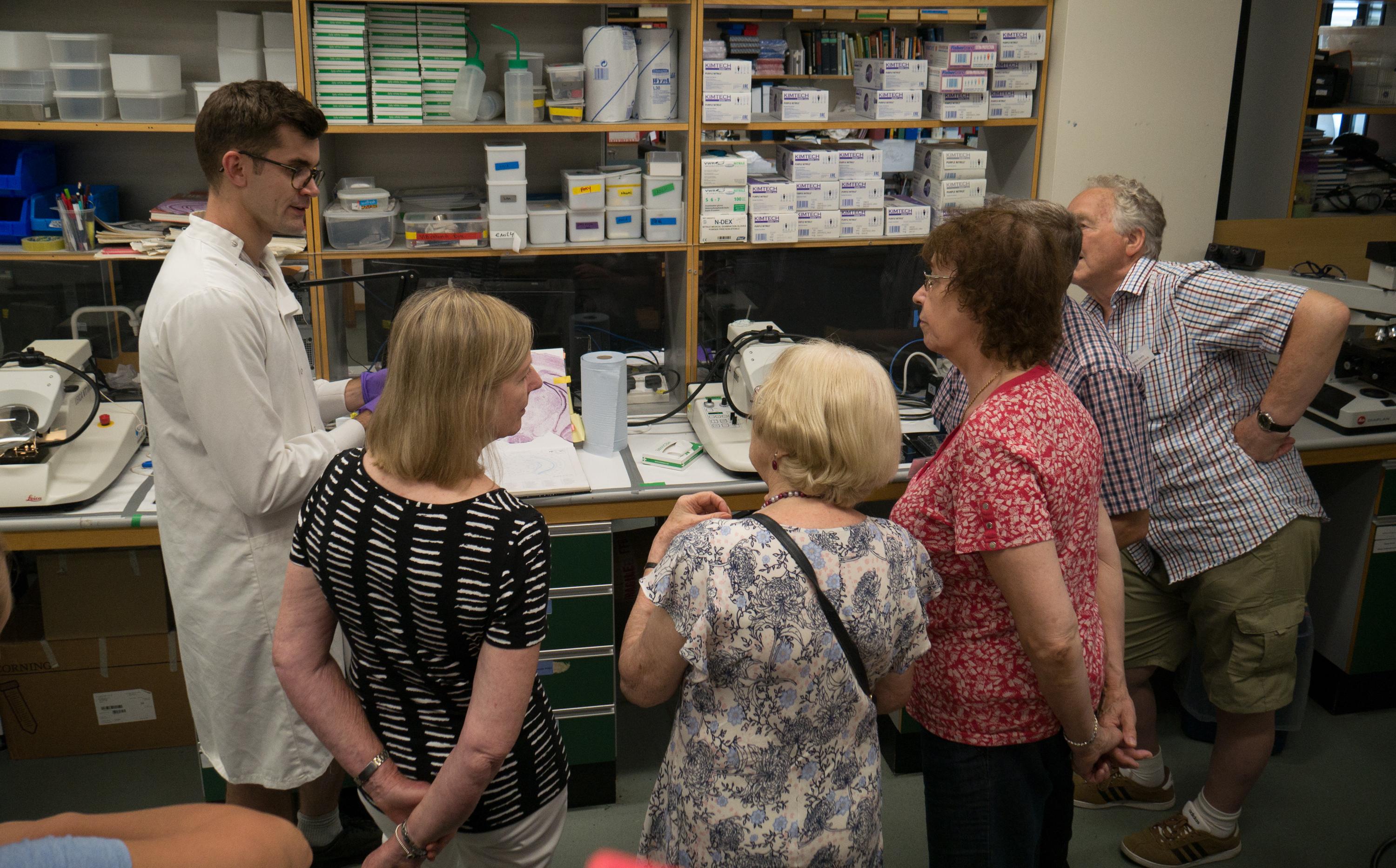 On 19th June, the MRC Brain Network Dynamics Unit welcomed lay members of the Oxford and Banbury groups of the charity Parkinson’s UK to learn more about the Unit’s research on the causes and treatment of Parkinson’s disease.

The visit began with Unit Director Peter Brown highlighting the work of the Medical Research Council, the Unit’s scientific mission, and the joint commitment to public engagement with research. This was followed by short presentations from Unit research fellow Damian Herz on Deep Brain Stimulation as a therapy for Parkinson’s, and from Unit Deputy Director Peter Magill on the use of animals in Parkinson’s research. Each of the talks was integrated with a lively discussion session in which the visitors’ questions came thick and fast.

After lunch on site with a group of the Unit’s early-career scientists, visitors were offered a tour of the Unit’s laboratories, led by Andrew Sharott, Paul Dodson and members of the Magill and Sharott Groups, and given the opportunity to chat with scientists and see ongoing research for themselves. Those not attending the lab tours were treated to short presentations from Unit student Benoit Duchet on the use of computer models to optimise Deep Brain Simulation in Parkinson’s, and from Unit Programme Leader David Dupret on the role of dopamine in memory, while highlighting the importance of the mutual exchange of ideas and discoveries made in the clinical and “basic” research fields. The visit concluded with refreshments, a final Q & A session, and a chance for the visitors to give their feedback to the Unit team.

Peter Magill commented “The Unit counts people affected by Parkinson’s amongst its key stakeholders, and our open day was a fantastic chance for us to discuss our research with them. Our visitors’ questions and comments were not only insightful, but also helped us to reflect on what’s most important.”

The Unit’s open day was one of many public engagement events led by the Medical Research Council and held across the country from 17th-25th June 2017 as part of the MRC Festival of Medical Research. 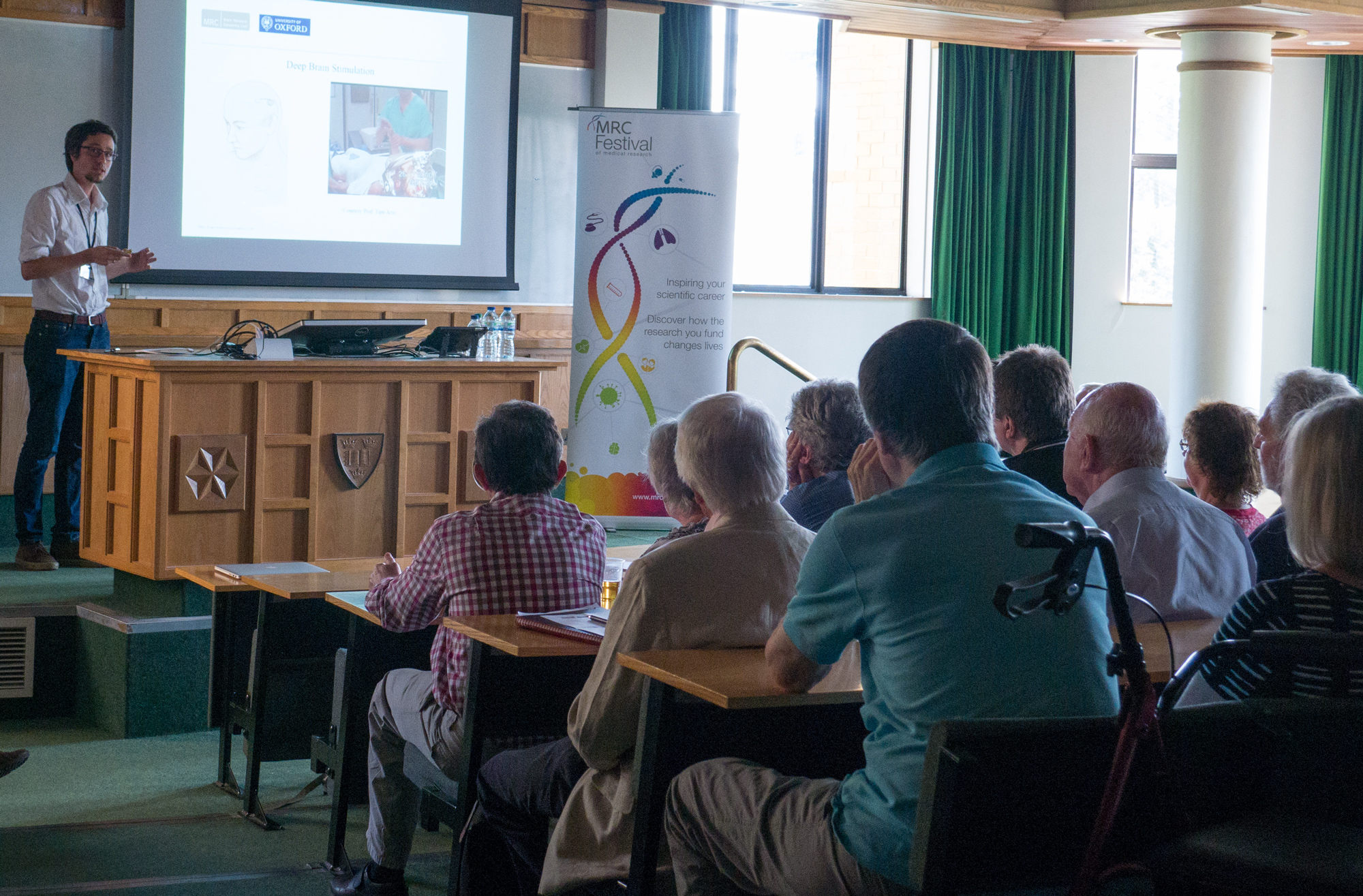 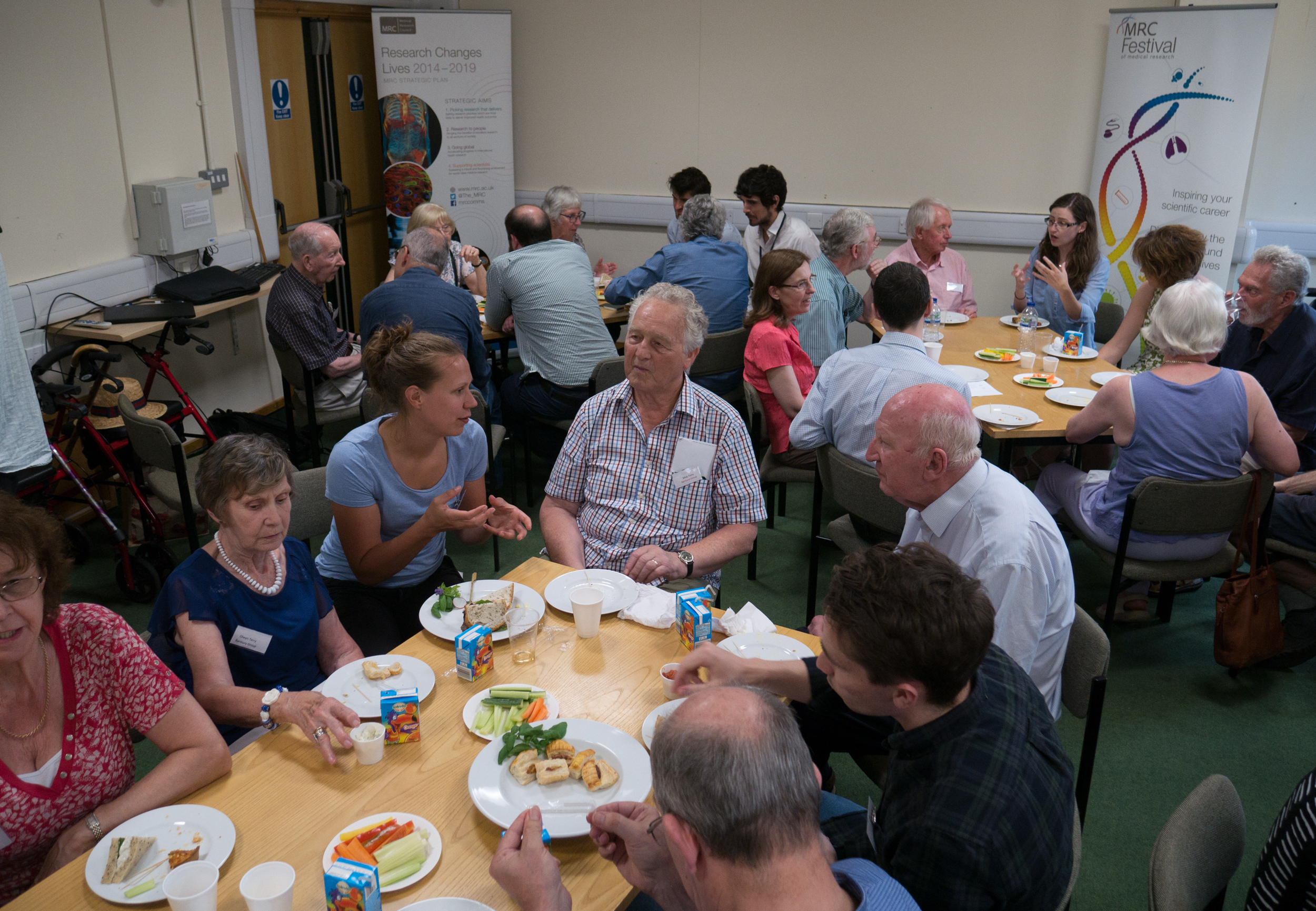 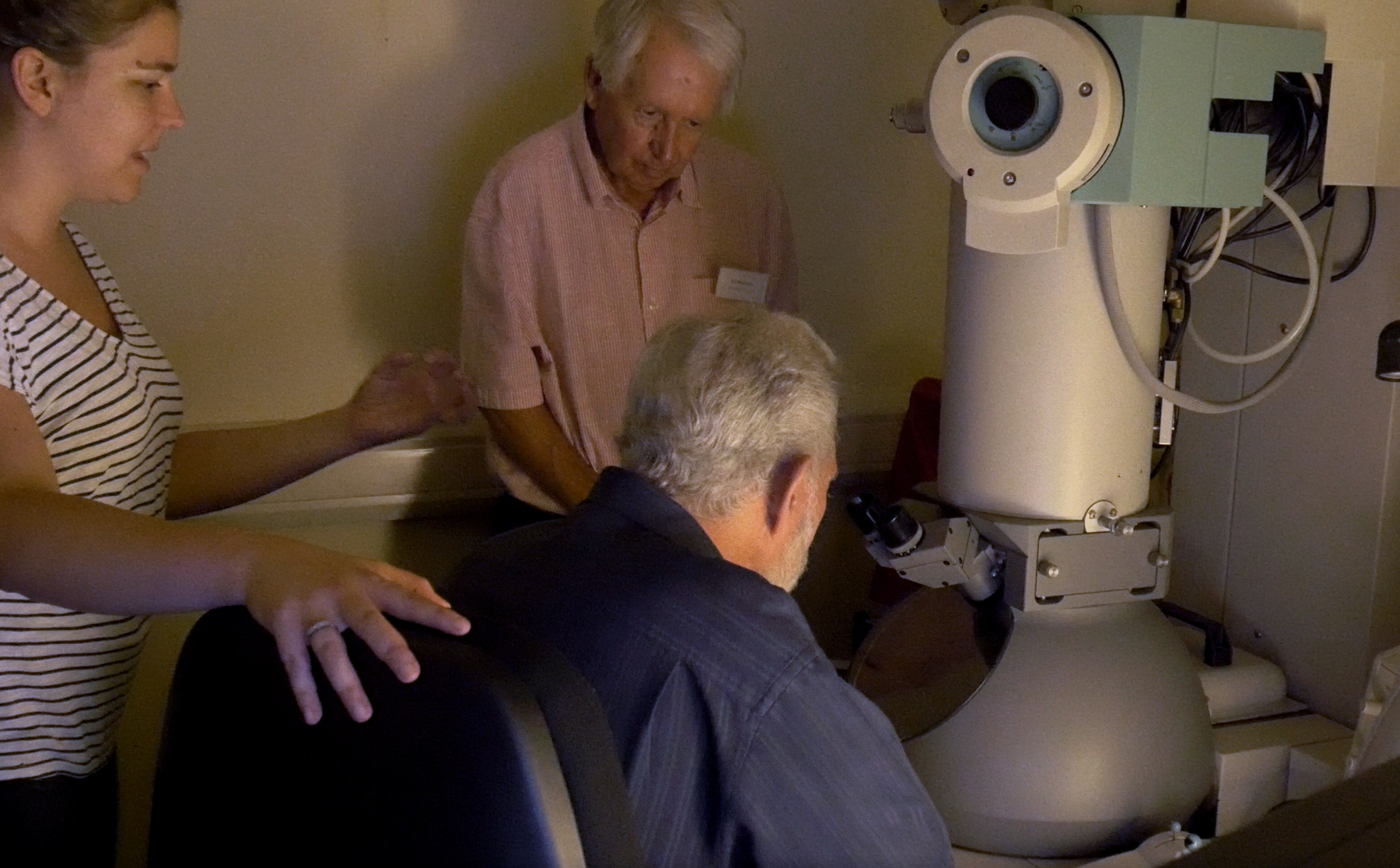 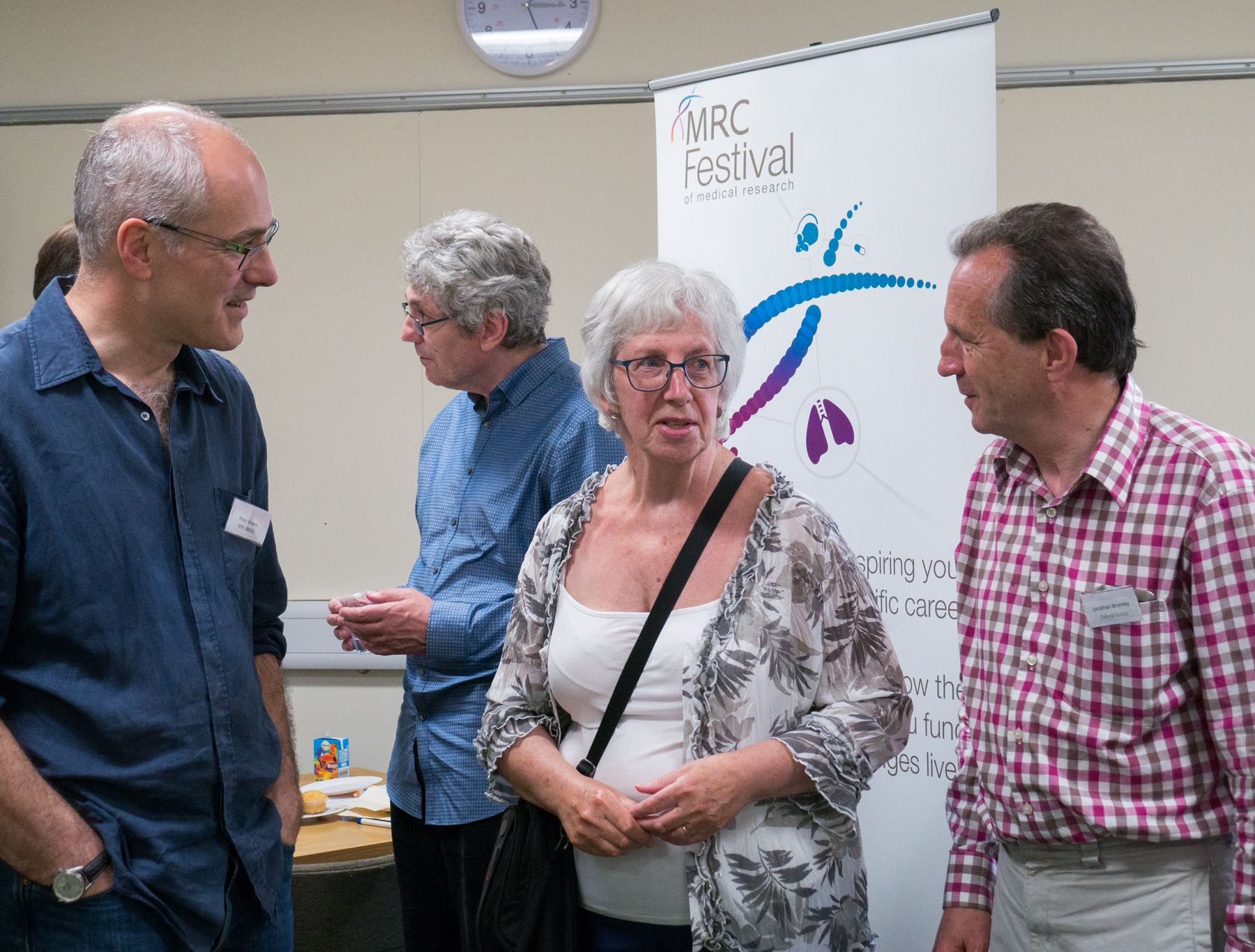 Unit research fellow Dr Damian Herz leads a discussion on the current and future uses of Deep Brain Stimulation as a therapy for Parkinson’s disease.