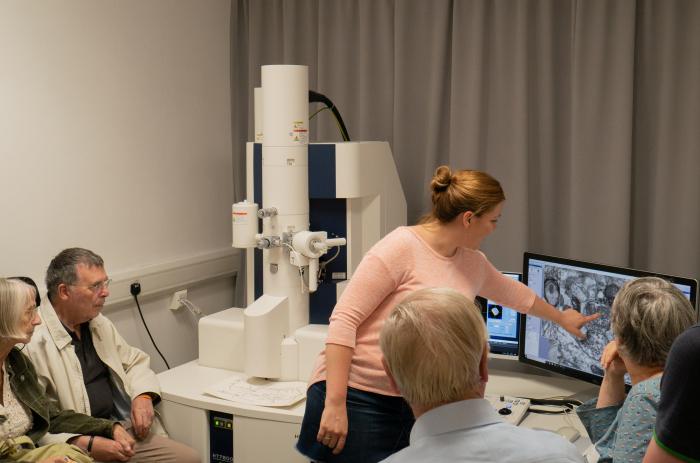 Yesterday, the MRC Brain Network Dynamics Unit welcomed lay members of the Oxford, Banbury and Reading groups of the charity Parkinson’s UK to learn more about the Unit’s research on the causes and treatment of Parkinson’s disease.

The visit began with Unit Director Peter Brown highlighting the wider work of the Medical Research Council, the Unit’s scientific mission, and the joint commitment to public engagement with research. This was followed by short presentations from Clinical Research Fellow Gerd Tinkhauser on Deep Brain Stimulation as a therapy for Parkinson’s, and from Unit Deputy Director Peter Magill on the use of animals in Parkinson’s research. Each of the talks was integrated with a lively discussion session in which the visitors’ questions came thick and fast, stimulating further conversations about Unit discoveries made in the clinic and at the lab bench.

After lunch on site with a group of the Unit’s early-career scientists, visitors were offered a tour of the Unit’s laboratories and microscope facilities, led by members of the Magill, Dodson and Sharott Groups, where the visitors could see some ongoing research for themselves. Those not attending the lab tours were treated to a live demonstration of Transcranial Magnetic Stimulation of the brain, as actioned on the Unit Director! The visit concluded with refreshments, a final Q & A session, and a chance for the visitors to give their feedback to the Unit team. The Unit also took the opportunity to promote its local networks for Patient and Public Involvement (PPI) in research.

Peter Magill commented “People affected by Parkinson’s are among the key stakeholders of the Unit, and the open day was another valuable opportunity for us to share our research with them. Our visitors’ questions and comments were both insightful and motivating, helping us to reflect on what’s most important.”

The Unit’s open day was one of many public engagement events led by the Medical Research Council and held across the country from 14th-24th June 2018 as part of the MRC Festival of Medical Research. 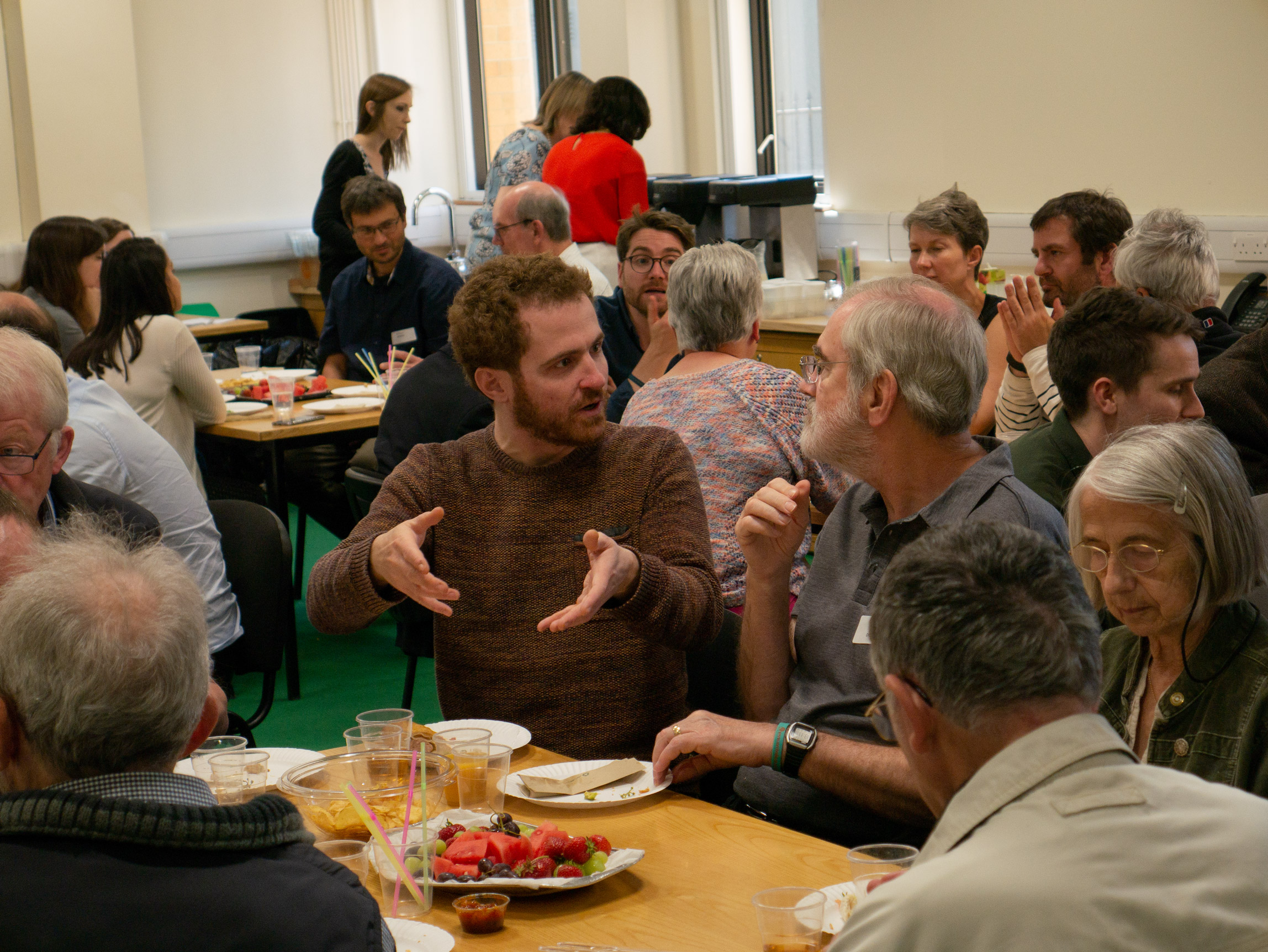 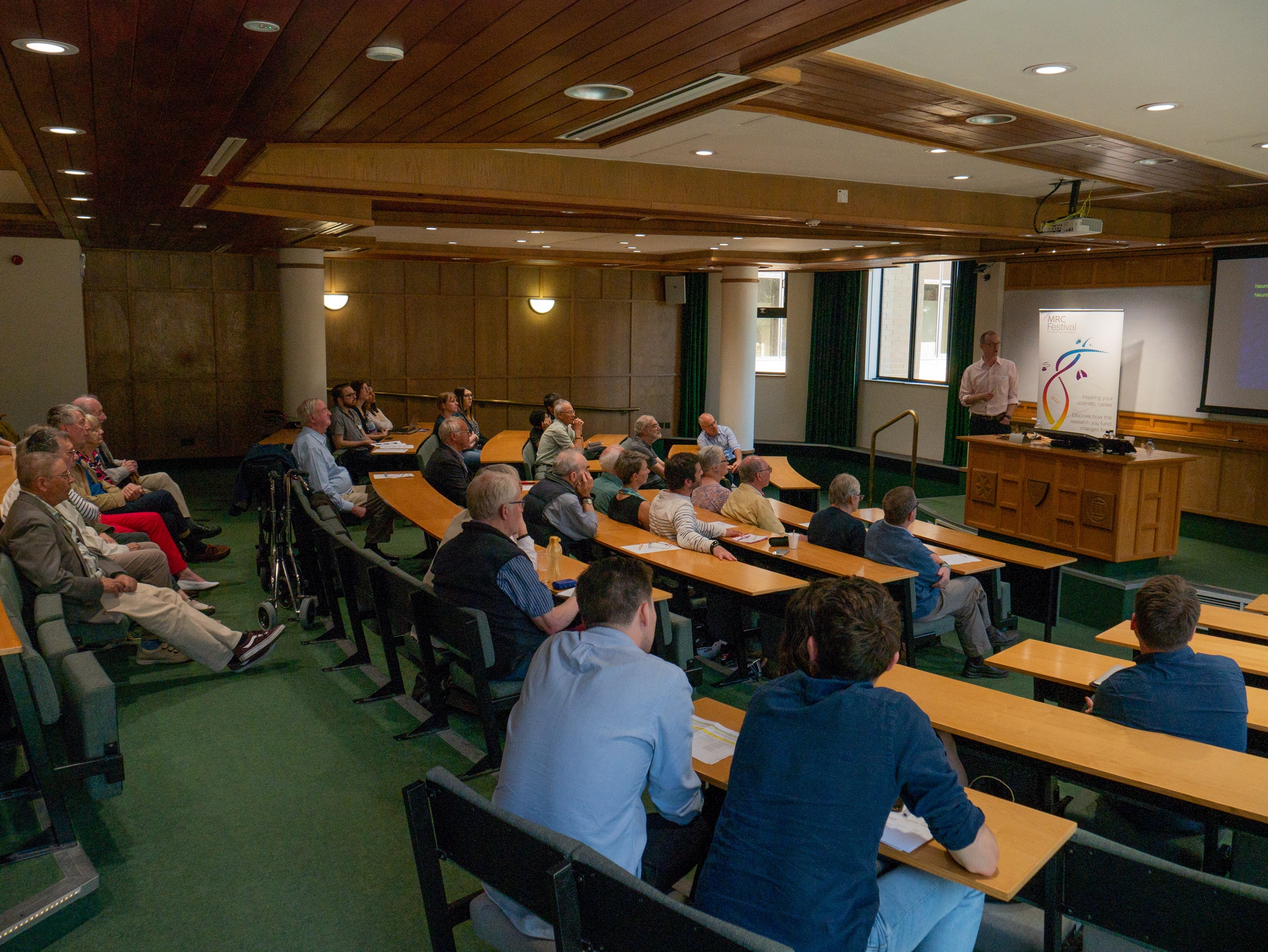 Unit Clinical Research Fellow Dr Gerd Tinkhauser leads a discussion on the current and future uses of Deep Brain Stimulation as a therapy for Parkinson’s disease.

Unit students Luke Bryden (left) and Giulio Spagnol (right) engage visitors with their practical demonstrations of some of the lab equipment and techniques used at the Unit for its research on Parkinson’s disease.

Unit Director Professor Peter Brown volunteers for a live demonstration of Transcranial Magnetic Stimulation of the (his) brain. Sterling example of leadership in to public engagement!

Unit Deputy Director Professor Peter Magill leads a discussion on the use of animals for medical research.