Effects of dopamine on reinforcement learning and consolidation in Parkinson's disease.

An influential past study found that medications targeting the chemical messenger dopamine improved the ability of people affected by Parkinson’s to choose options associated with positive feedback, but impaired their ability to avoid options associated with negative feedback. Here, we aimed to replicate these findings, but we did not observe these previously-reported effects of the medications.

Emerging evidence suggests that dopamine may modulate learning and memory with important implications for understanding the neurobiology of memory and future therapeutic targeting. An influential hypothesis posits that dopamine biases reinforcement learning. More recent data also suggest an influence during both consolidation and retrieval. Eighteen Parkinson's disease patients learned through feedback ON or OFF medication, with memory tested 24 hr later ON or OFF medication (4 conditions, within-subjects design with matched healthy control group). Patients OFF medication during learning decreased in memory accuracy over the following 24 hr. In contrast to previous studies, however, dopaminergic medication during learning and testing did not affect expression of positive or negative reinforcement. Two further experiments were run without the 24 hr delay, but they too failed to reproduce effects of dopaminergic medication on reinforcement learning. While supportive of a dopaminergic role in consolidation, this study failed to replicate previous findings on reinforcement learning. 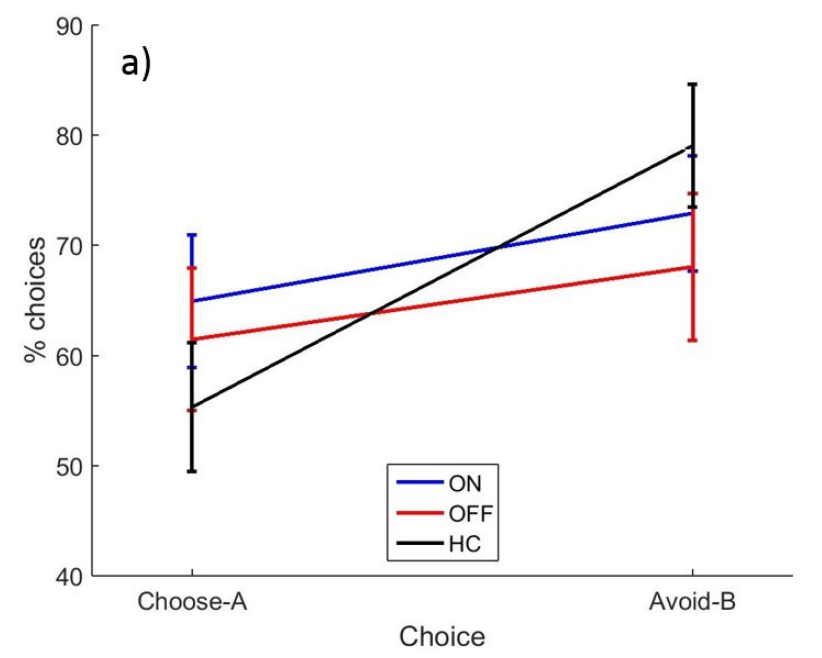