Abnormal patterns of corticomuscular and intermuscular coherence in childhood dystonia.

Dystonia is a condition that leads to twisting muscle spasms. Several types of dystonia may occur in children. Here, we show that the way the brain deals with information from the limbs differs between types of childhood dystonia. By understanding how different forms of childhood dystonia come about we may be able to design better therapies.

OBJECTIVE: Sensorimotor processing is abnormal in Idiopathic/Genetic dystonias, but poorly studied in Acquired dystonias. Beta-Corticomuscular coherence (CMC) quantifies coupling between oscillatory electroencephalogram (EEG) and electromyogram (EMG) activity and is modulated by sensory stimuli. We test the hypothesis that sensory modulation of CMC and intermuscular coherence (IMC) is abnormal in Idiopathic/Genetic and Acquired dystonias.

METHODS: Participants: 11 children with Acquired dystonia, 5 with Idiopathic/Genetic dystonia, 13 controls (12-18 years). CMC and IMC were recorded during a grasp task, with mechanical perturbations provided by an electromechanical tapper. Coherence patterns pre- and post-stimulus were compared across groups.

SIGNIFICANCE:The findings suggest that sensorimotor processing is abnormal in Acquired as well as Idiopathic/Genetic dystonia, but that the nature of the abnormality differs. 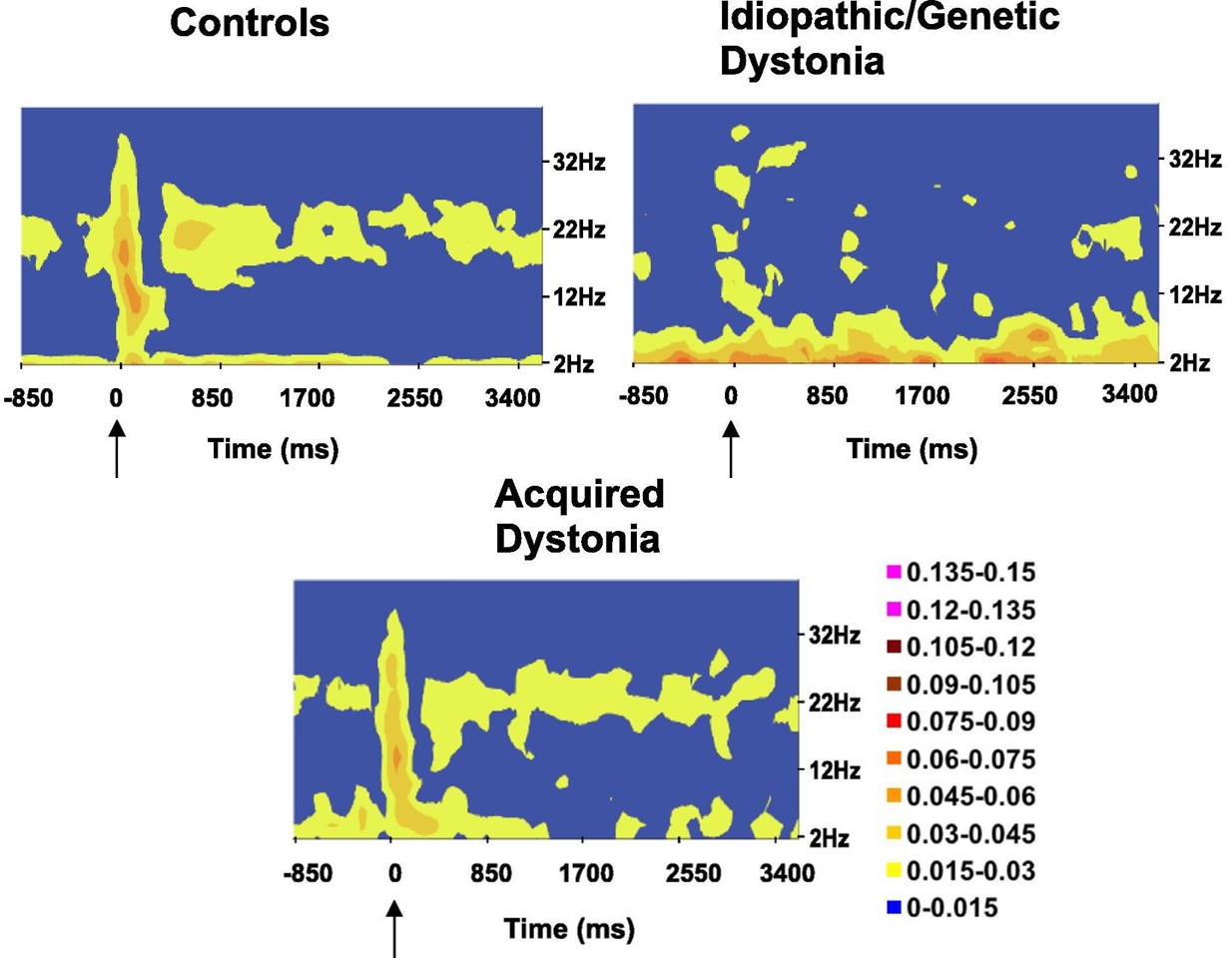 Time-frequency plots of intermuscular coupling around the time of a mechanical perturbation to the gripping hand (arrowed). Group data are shown for healthy age-matched controls and children with Idiopathic/Genetic and Acquired dystonia.
Citation
2020. Clin. Neurophysiol., 131(4):967-977.
Free Full Text at Europe PMC
PMC7083222