Gene association studies detect an influence of natural variation in the 5-hydroxytryptamine transporter (5-HTT) gene on multiple aspects of individuality in brain function, ranging from personality traits through to susceptibility to psychiatric disorders such as anxiety and depression. The neural substrates of these associations are unknown. Human neuroimaging studies suggest modulation of the amygdala by 5-HTT variation, but this hypothesis is controversial and unresolved, and difficult to investigate further in humans. 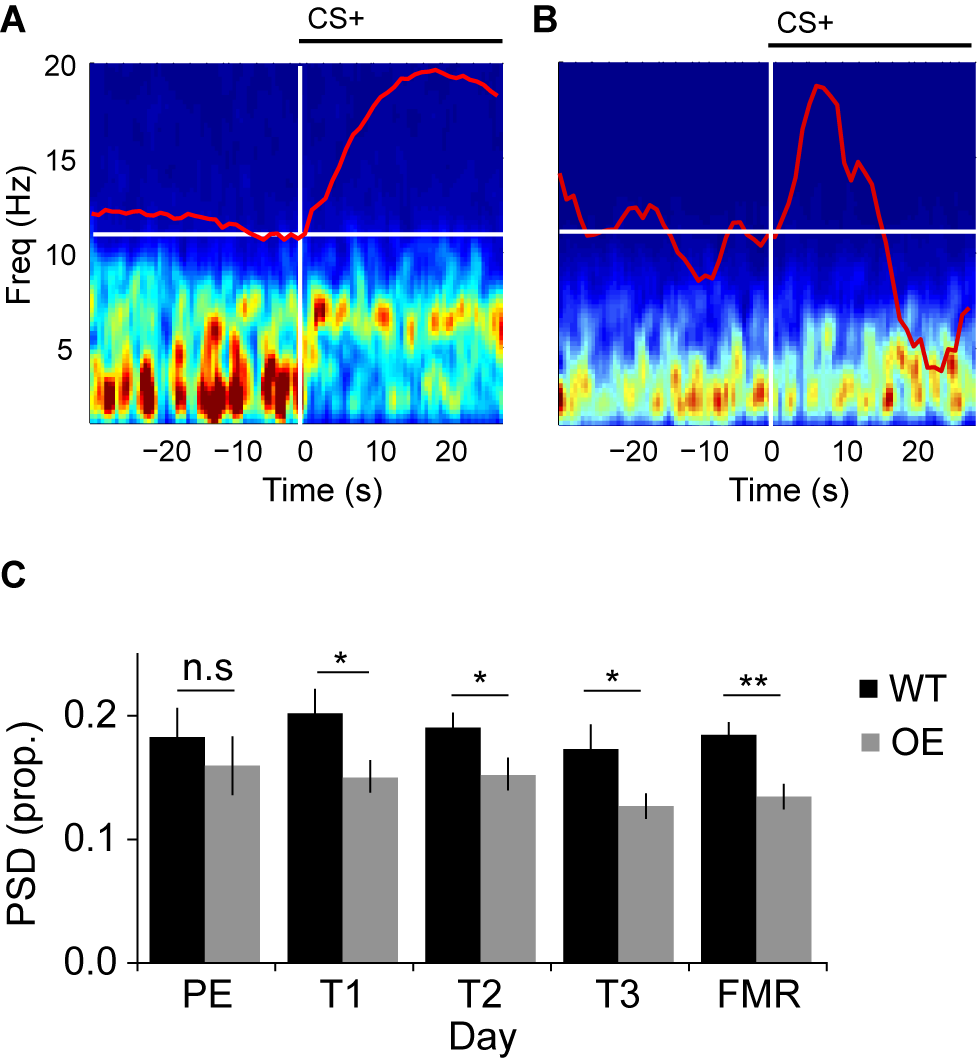 Cue-evoked amygdala theta oscillations in wild-type (WT) and 5-HTT over-expressing (OE) mice during aversive learning. (A-B) Representative spectrograms for one WT (A) and one OE (B) mouse on training day 3 showing the 30s before and the 30s during CS+ presentation (amygdala hemodynamic responses are overlaid in red). (C) CS+ evoked theta oscillations were significantly stronger in WT than OE mice.
Citation