The amygdala and the hippocampus are two brain structures involved in emotional behaviour. Disrupted hippocampus-amygdala interplay appears to occur in anxiety disorders, but the mechanisms of communication between these two brain areas are largely unknown. In this work, we have addressed this issue and discovered that inhibitory nerve cells that use the chemical GABA coordinate such interplay. 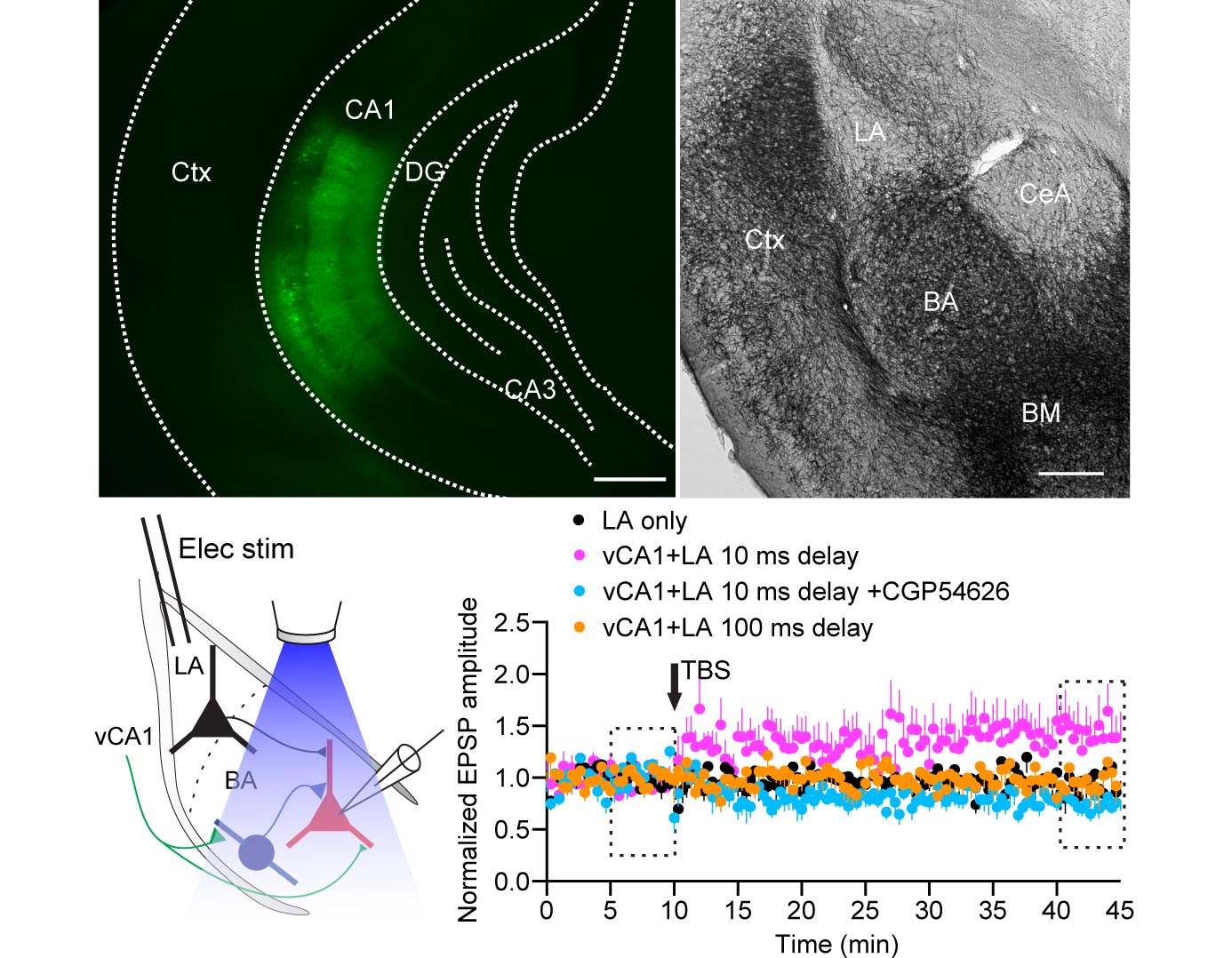 Theta burst optical stimulation of hippocampal Inputs gates long-term potentiation of excitatory synapses in the amygdala (Top left) Expression of ChR2/YFP in ventral/intermediate CA1. (Top right) Light micrograph showing channelrhodopsin (ChR2)/YFP-positive axons in the amygdaloid complex. Basal amygdala (BA) and basomedial (BM) nuclei showed densest innervation, whereas only few fibers were detectable in the lateral amygdala (LA) and central amygdala (CeA). (Bottom left) Schematic of the experimental configuration: optical stimulation of vCA1 axons in the BA was paired with electrical stimulation of the LA while recording from principal neurons (PNs). (Bottom right) Pairing of LA-vCA1 theta burst stimulation (TBS) induced long-term potentiation (LTP), which did not occur with TBS of the LA only, but also in the presence of CGP54626 or when TBS of the LA was evoked 100 ms after TBS of the vCA1 axons.
Citation
2015.Neuron, 87(6):1290-1303.
Free Full Text at Europe PMC
PMC4590554