Fast waves (or ‘high-frequency oscillations’) in the brain are often associated with starting movement. The subthalamic nucleus is a part of the brain that is involved in stopping movements. We show here that high-frequency oscillations in the subthalamic nucleus also occur during stopping. Hence, these fast brain waves may contribute to flexible movement control, which is impaired in Parkinson’s.

Gamma activity in the subthalamic nucleus (STN) is widely viewed as a pro-kinetic rhythm. Here we test the hypothesis that rather than being specifically linked to movement execution, gamma activity reflects dynamic processing in this nucleus. We investigated the role of gamma during fast stopping and recorded scalp electroencephalogram and local field potentials from deep brain stimulation electrodes in 9 Parkinson's disease patients. Patients interrupted finger tapping (paced by a metronome) in response to a stop-signal sound, which was timed such that successful stopping would occur only in ~50% of all trials. STN gamma (60-90 Hz) increased most strongly when the tap was successfully stopped, whereas phase-based connectivity between the contralateral STN and motor cortex decreased. Beta or theta power seemed less directly related to stopping. In summary, STN gamma activity may support flexible motor control as it did not only increase during movement execution but also during rapid action-stopping. 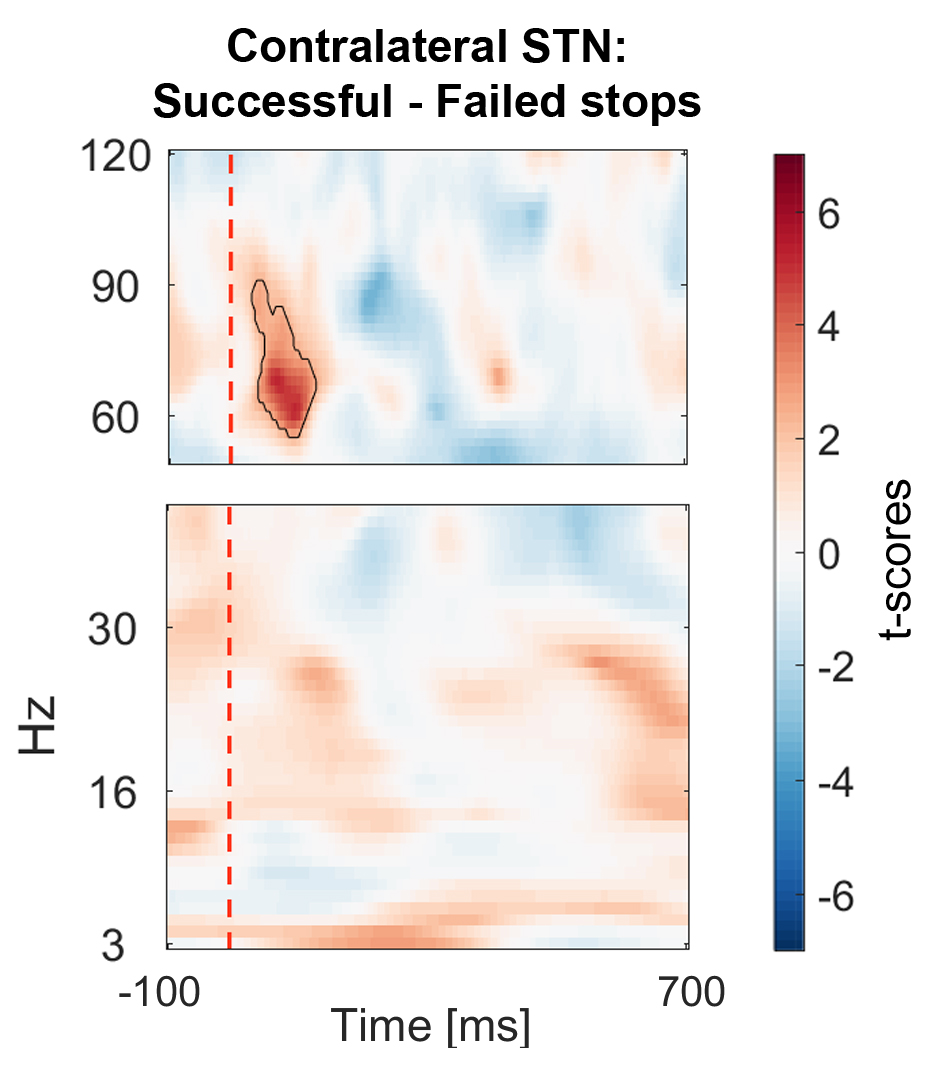 If a movement was successfully stopped after an auditory stop cue, which is represented by the red dashed line, there was an increase in brain oscillations at 60-90 Hz (see black outline). The part of the brain recorded here is called the subthalamic nucleus (STN).
Citation
2017. eLife, 6:e23947
Free Full Text at Europe PMC
PMC5526662