Decoding Movement States in Stepping Cycles Based on Subthalamic LFPs in Parkinsonian Patients.

Walking can become difficult in Parkinson’s disease and may not respond very well to continuous deep brain stimulation. We found that brain activity alternates between the two hemispheres in time with stepping. This suggests that alternating stimulation may be better at improving walking.

Gait disturbances are a prominent feature of Parkinson's disease (PD), often refractory to medication or continuous deep brain stimulation (DBS) on basal ganglia targets such as the subthalamic nucleus (STN). Here we sought to identify movement states during stepping cycles, such as left leg stance and right leg stance. To this end we analyzed local field potential (LFP) activity in STN using a combination of the multivariate autoregressive (MAR) model and the Hidden Markov model (HMM). Our results confirm that information is present in the STN related to movement states in stepping cycles, and that it is feasible to decode movement states based on STN LFPs recorded from DBS electrodes. This information can be used to implement temporally flexible stimulation strategies in order to facilitate patterns of neural modulation associated with better gait performance. 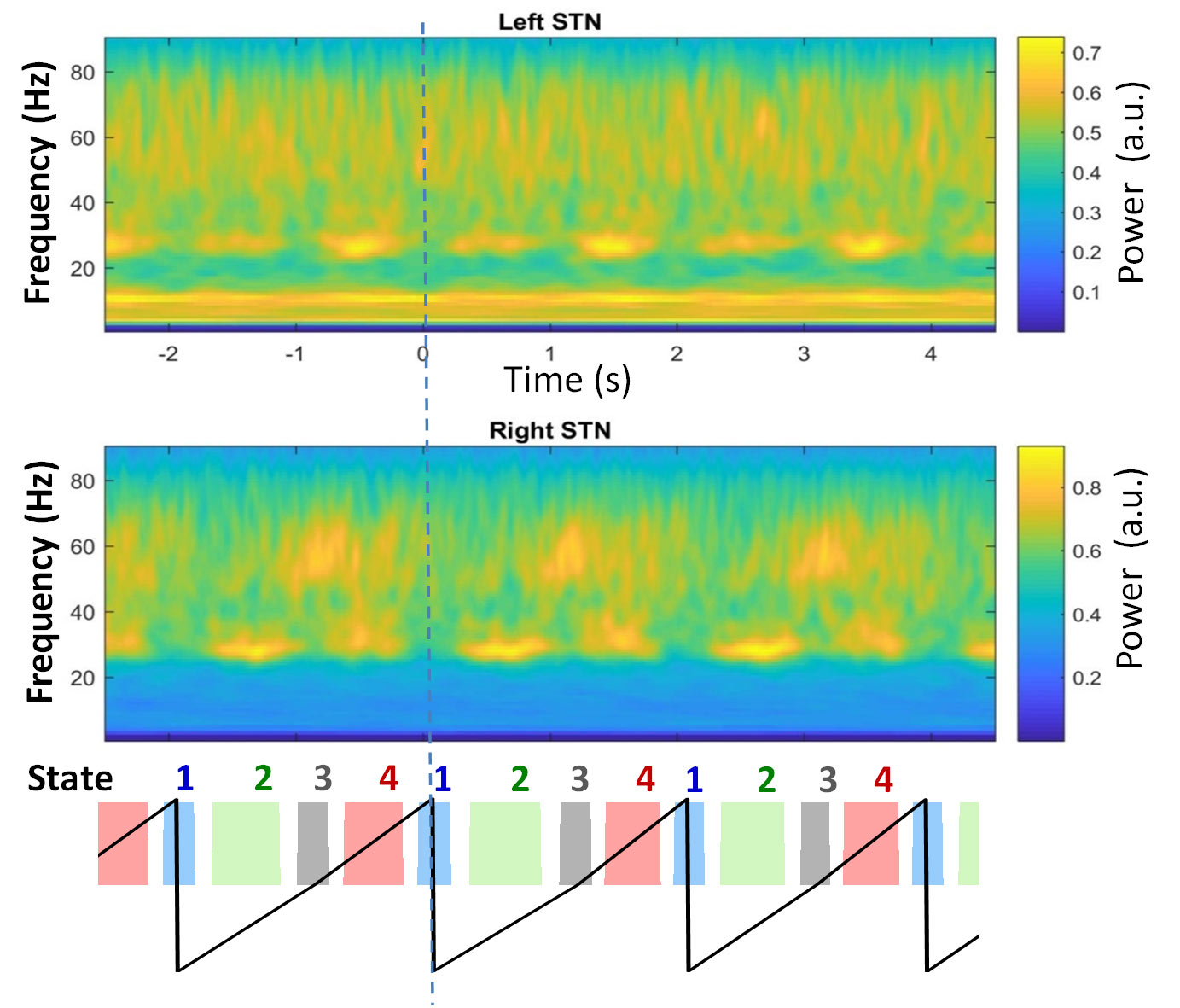