Bienvenu and colleagues report the discovery of a novel type of nerve cell (“large intercalated” cells) in a brain region known as amygdala, which is present in all mammals. Large intercalated nerve cells are powerfully activated by sensory stimuli and, by distributing information to neighbouring amygdala cells as well as to distant brain areas, can act as relays of activity.

Various GABAergic neuron types of the amygdala cooperate to control principal cell firing during fear-related and other behaviors, and understanding their specialized roles is important. Among GABAergic neurons, the so-called intercalated cells (ITCcs) are critically involved in the expression and extinction of fear memory. Tightly clustered small-sized spiny neurons constitute the majority of ITCcs, but they are surrounded by sparse, larger neurons (L-ITCcs) for which very little information is known. We report here a detailed neurochemical, structural and physiological characterization of rat L-ITCcs, as identified with juxtacellular recording/labeling in vivo. We supplement these data with anatomical and neurochemical analyses of nonrecorded L-ITCcs. We demonstrate that L-ITCcs are GABAergic, and strongly express metabotropic glutamate receptor 1α and GABAA receptor α1 subunit, together with moderate levels of parvalbumin. Furthermore, L-ITCcs are innervated by fibers enriched with metabotropic glutamate receptors 7a and/or 8a. In contrast to small-sized spiny ITCcs, L-ITCcs possess thick, aspiny dendrites, have highly branched, long-range axonal projections, and innervate interneurons in the basolateral amygdaloid complex. The axons of L-ITCcs also project to distant brain areas, such as the perirhinal, entorhinal, and endopiriform cortices. In vivo recorded L-ITCcs are strongly activated by noxious stimuli, such as hindpaw pinches or electrical footshocks. Consistent with this, we observed synaptic contacts on L-ITCc dendrites from nociceptive intralaminar thalamic nuclei. We propose that, during salient sensory stimulation, L-ITCcs disinhibit local and distant principal neurons, acting as "hub cells," to orchestrate the activity of a distributed network. 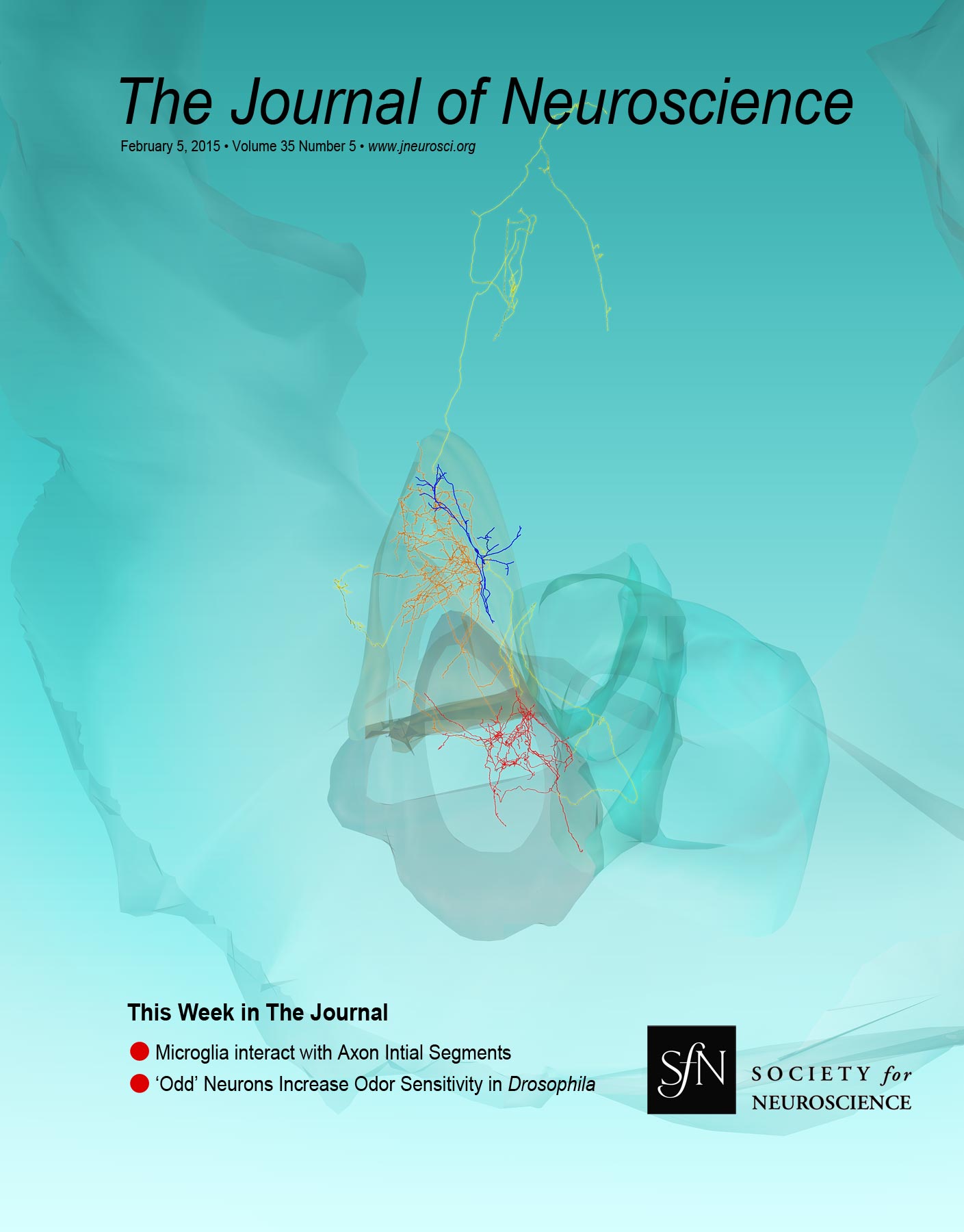 3D reconstruction of a large intercalated (L-ITC) neuron (TJX-31A) recorded in the amygdala of an adult rat in vivo. Reconstruction by Daniela Busti and Ben Micklem.
Citation