There is a clinical need for non-invasive interventions that can provide tremor relief for people with Parkinson’s. In this study, we explored whether peripheral nerve stimulation can modulate Parkinsonian resting tremor, and under what circumstances this might reduce tremor.

Background: Resting tremor is one of the most common symptoms of Parkinson’s disease. Despite its high prevalence, resting tremor may not be as effectively treated with dopaminergic medication as other symptoms, and surgical treatments such as deep brain stimulation, which are effective in reducing tremor, have limited availability. Therefore, there is a clinical need for non-invasive interventions in order to provide tremor relief to a larger number of people with Parkinson’s disease. Here, we explore whether peripheral nerve stimulation can modulate resting tremor, and under what circumstances this might lead to tremor suppression.

Methods: We studied 10 people with Parkinson’s disease and rest tremor, to whom we delivered brief electrical pulses non-invasively to the median nerve of the most tremulous hand. Stimulation was phase-locked to limb acceleration in the axis with the biggest tremor-related excursion.

Results: We demonstrated that rest tremor in the hand could change from one pattern of oscillation to another in space. Median nerve stimulation was able to significantly reduce (− 36%) and amplify (117%) tremor when delivered at a certain phase. When the peripheral manifestation of tremor spontaneously changed, stimulation timing-dependent change in tremor severity could also alter during phase-locked peripheral nerve stimulation.

Conclusions: These results highlight that phase-locked peripheral nerve stimulation has the potential to reduce tremor. However, there can be multiple independent tremor oscillation patterns even within the same limb. Parameters of peripheral stimulation such as stimulation phase may need to be adjusted continuously in order to sustain systematic suppression of tremor amplitude. 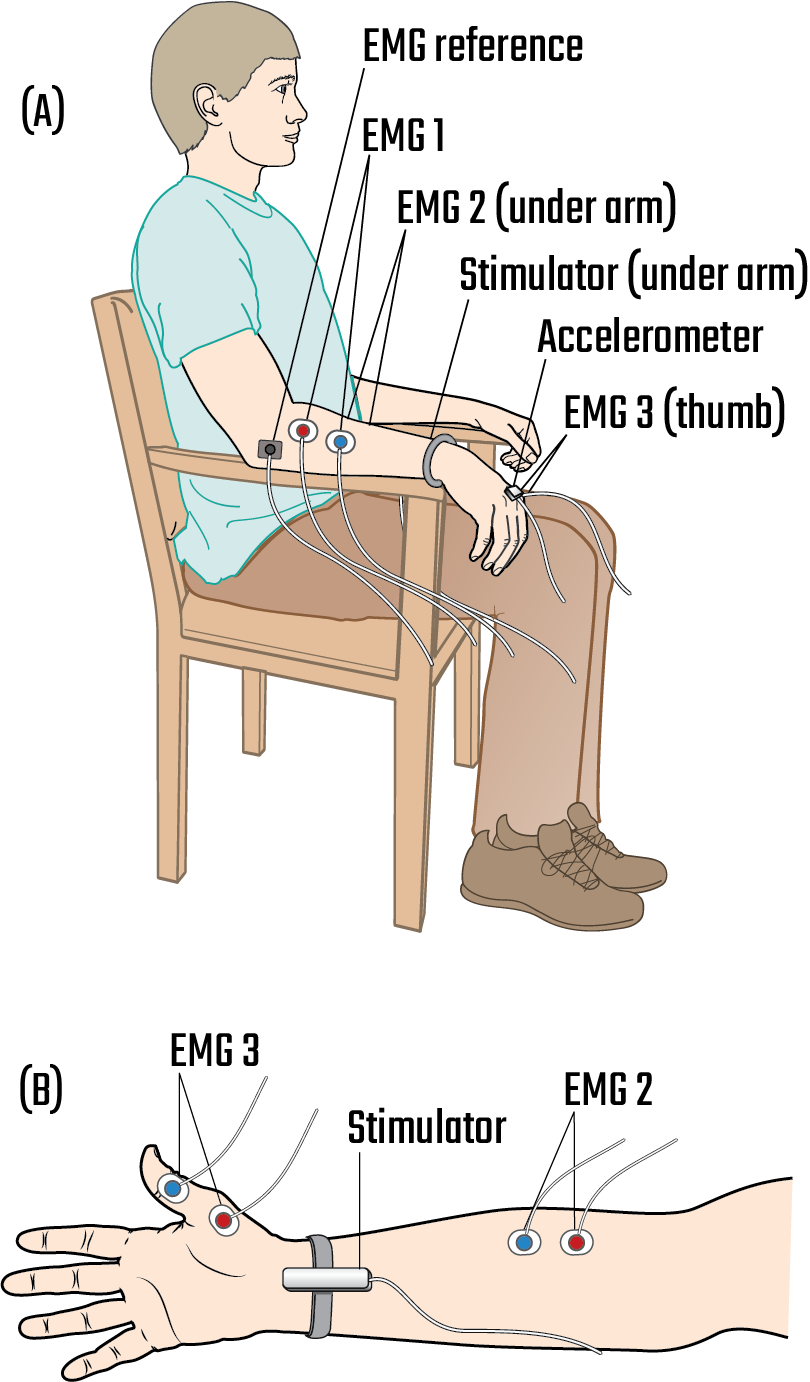 An illustration of the experimental setup, which included a triaxial accelerometer on the hand for tracking the tremor, peripheral stimulation electrodes near the wrist, and three sets of EMG surface electrodes placed on the study participant’s thumb and upper limb.
Citation
2021. J. Neuroeng. Rehabil., 18(1):179.
Free Full Text at Europe PMC
PMC8709974 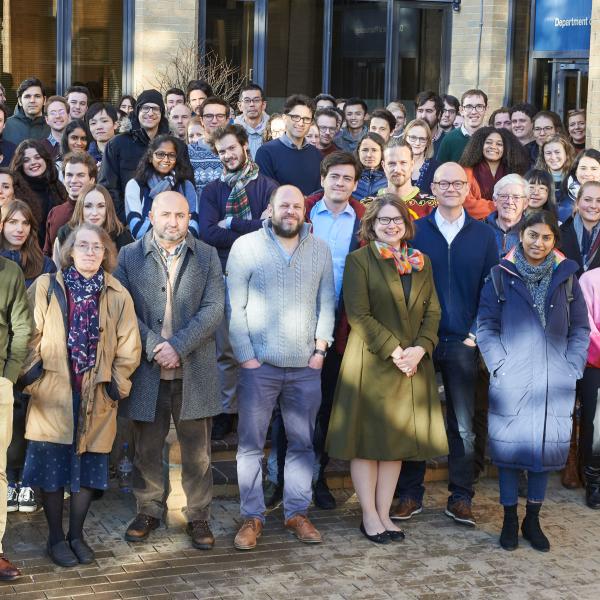 Attendees at the MRC BNDU’s Science Day in Winter 2022. 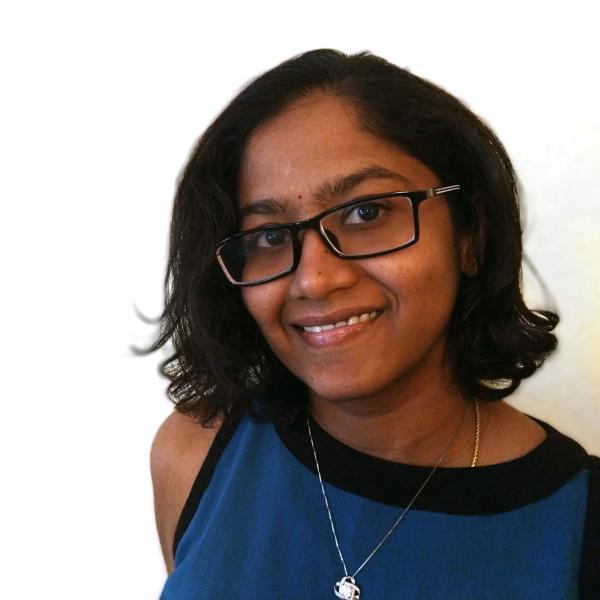