Frontosubthalamic Circuits for Control of Action and Cognition.

We stop at red lights, pause for thought when faced with different decisions, and hesitate when something unexpected happens. Here, we review the evidence that a small part of the brain called the subthalamic nucleus is instrumental in all such events because of its strategic position at the heart of two major brain circuits that work to delay actions.

The subthalamic nucleus (STN) of the basal ganglia appears to have a potent role in action and cognition. Anatomical and imaging studies show that different frontal cortical areas directly project to the STN via so-called hyperdirect pathways. This review reports some of the latest findings about such circuits, including simultaneous recordings from cortex and the STN in humans, single-unit recordings in humans, high-resolution fMRI, and neurocomputational modeling. We argue that a major function of the STN is to broadly pause behavior and cognition when stop signals, conflict signals, or surprise signals occur, and that the fronto-STN circuits for doing this, at least for stopping and conflict, are dissociable anatomically and in terms of their spectral reactivity. We also highlight recent evidence for synchronization of oscillations between prefrontal cortex and the STN, which may provide a preferential "window in time" for single neuron communication via long-range connections. 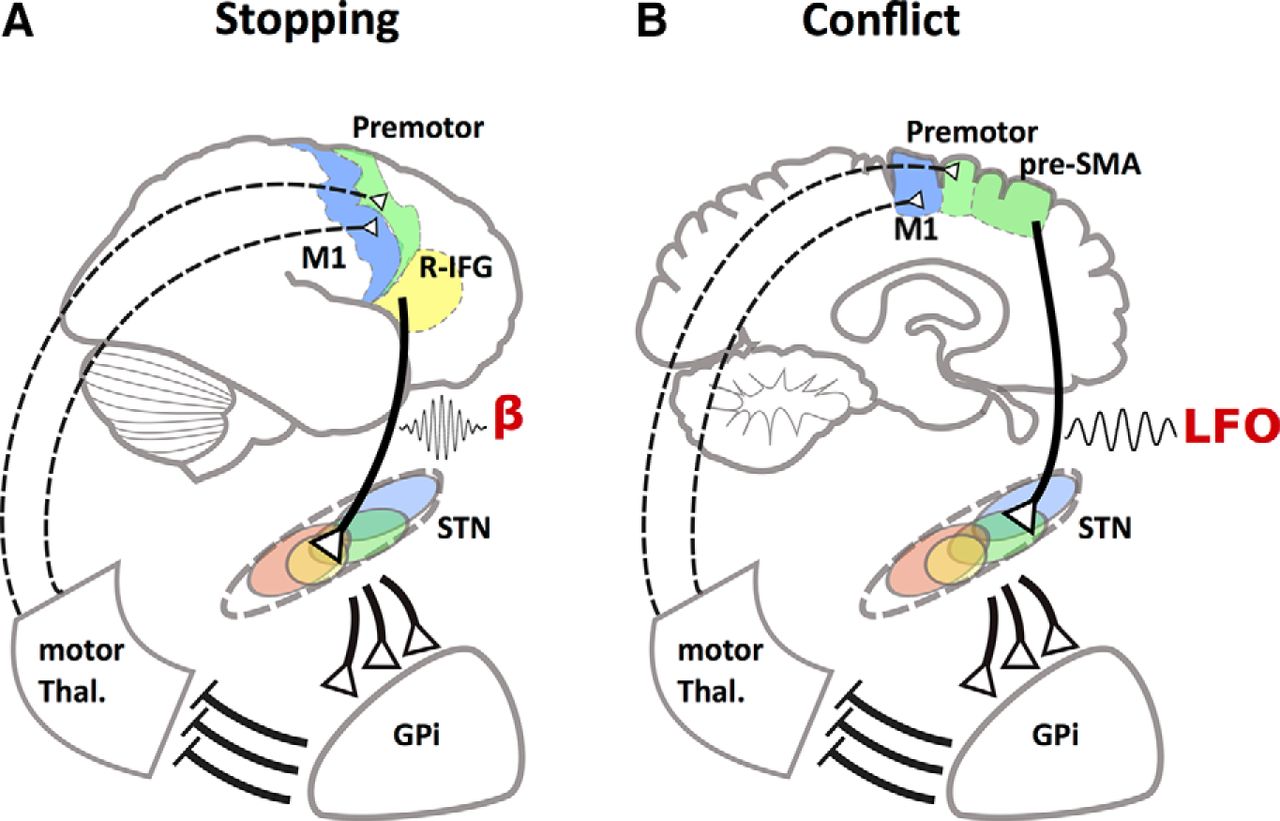 Hypothetical models of different pathways in the brain for stopping and for processing of conflict.
Citation