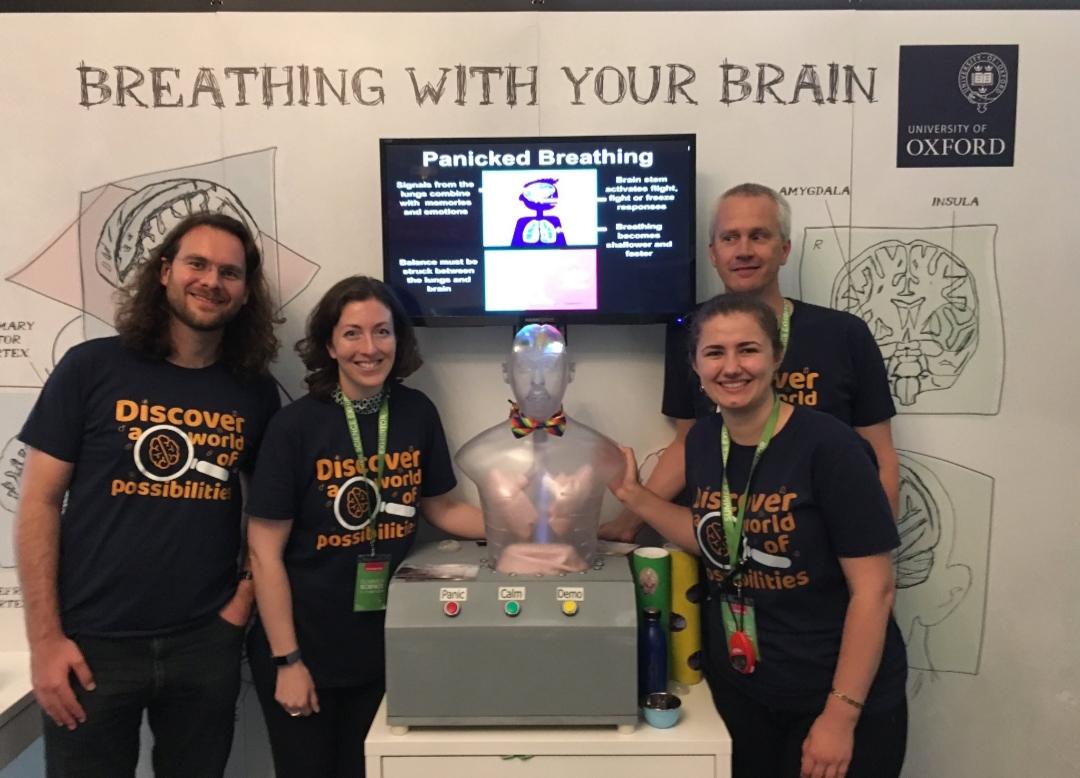 Between 1st and 7th July, a team of neuroscientist volunteers, including Unit student Ioana Grigoras, presented the work of the Breathe Oxford research group at the Royal Society Summer Science Exhibition. The Exhibition was designed to showcase pioneering UK science for the general public, encouraging attendees to talk with researchers and try hands-on experiments for themselves.

At the Exhibition stand “Breathing with your Brain”, Ioana and colleagues explained how the brain is involved in perceiving breathlessness and how factors such as a person’s expectations and mood can influence that perception. They also discussed how they use neuroimaging to identify the brain regions that are activated during panicked breathing, and how researchers can utilise predictive models of symptom generation to better understand breathlessness. The stand included a number of interactive features, including ‘The Steppatron’ that helped raise participant awareness of how many people experience breathlessness as a result of a medical condition. The stand also hosted musical performances and mindfulness workshops to emphasise the importance of breathing in art, creativity and tranquillity.

Ioana commented “A really popular feature of the stand was the 3D-printed lung and brain model, which showed the lungs working at the normal breathing rate, while the brain areas involved in calm breathing would light up. Children loved pressing the ‘panic’ button, which made the lungs ‘breath’ at a faster, irregular rate. At the same time, they could see what extra regions in the brain would light up during panicked breathing, which lead to great conversations about the roles of these brain regions.” 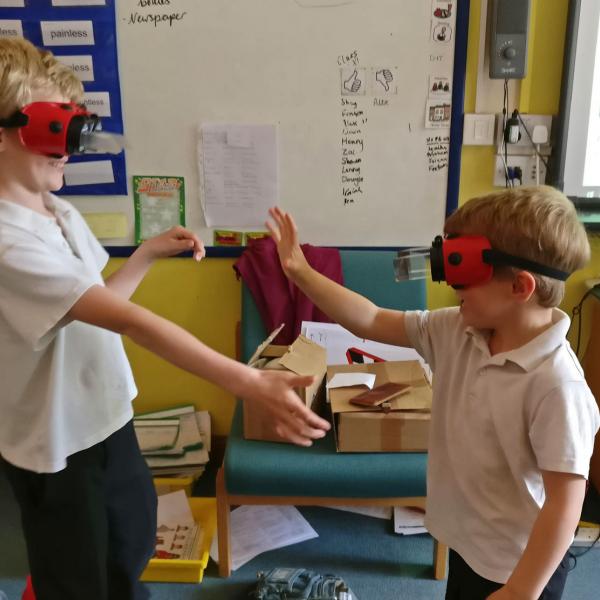