A tutorial on the free-energy framework for modelling perception and learning.

This paper presents an easy to follow tutorial on a theory describing information processing in a part of the brain called the cerebral cortex. This theory (known as the “predictive coding model” or “free-energy framework”) assumes that the cortex learns a statistical model of the outside world on the basis of sensory information it receives, and then uses this model to interpret the information.

This paper provides an easy to follow tutorial on the free-energy framework for modelling perception developed by Friston, which extends the predictive coding model of Rao and Ballard. These models assume that the sensory cortex infers the most likely values of attributes or features of sensory stimuli from the noisy inputs encoding the stimuli. Remarkably, these models describe how this inference could be implemented in a network of very simple computational elements, suggesting that this inference could be performed by biological networks of neurons. Furthermore, learning about the parameters describing the features and their uncertainty is implemented in these models by simple rules of synaptic plasticity based on Hebbian learning. This tutorial introduces the free-energy framework using very simple examples, and provides step-by-step derivations of the model. It also discusses in more detail how the model could be implemented in biological neural circuits. In particular, it presents an extended version of the model in which the neurons only sum their inputs, and synaptic plasticity only depends on activity of pre-synaptic and post-synaptic neurons. 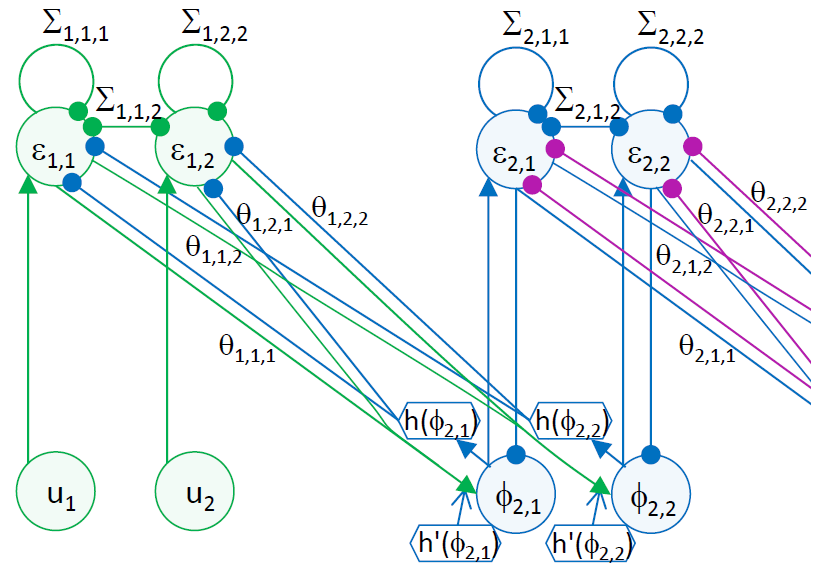 A tutorial on the free-energy framework for modelling perception and learning.
Citation