Novelty and Dopaminergic Modulation of Memory Persistence: A Tale of Two Systems.

This article reviews recent findings on how - in contrast to more mundane everyday happenings - new or unusual events are better remembered. Recently, two different signaling systems in the brain have been described as being important for this. We suggest that one of these systems is more important for causing new memories to be incorporated in a way that draws on similarities with other previous experiences, allowing the memory to be generalised. In contrast, we also propose that the other signaling system is more important for  remembering the exact details (some of which are often incidental) of that particular novel experience.

Adaptation to the ever-changing world is critical for survival, and our brains are particularly tuned to remember events that differ from previous experiences. Novel experiences induce dopamine release in the hippocampus, a process which promotes memory persistence. While axons from the ventral tegmental area (VTA) were generally thought to be the exclusive source of hippocampal dopamine, recent studies have demonstrated that noradrenergic neurons in the locus coeruleus (LC) corelease noradrenaline and dopamine in the hippocampus and that their dopamine release boosts memory retention as well. In this opinion article, we propose that the projections originating from the VTA and the LC belong to two distinct systems that enhance memory of novel events. Novel experiences that share some commonality with past ones ('common novelty') activate the VTA and promote semantic memory formation via systems memory consolidation. By contrast, experiences that bear only a minimal relationship to past experiences ('distinct novelty') activate the LC to trigger strong initial memory consolidation in the hippocampus, resulting in vivid and long-lasting episodic memories. 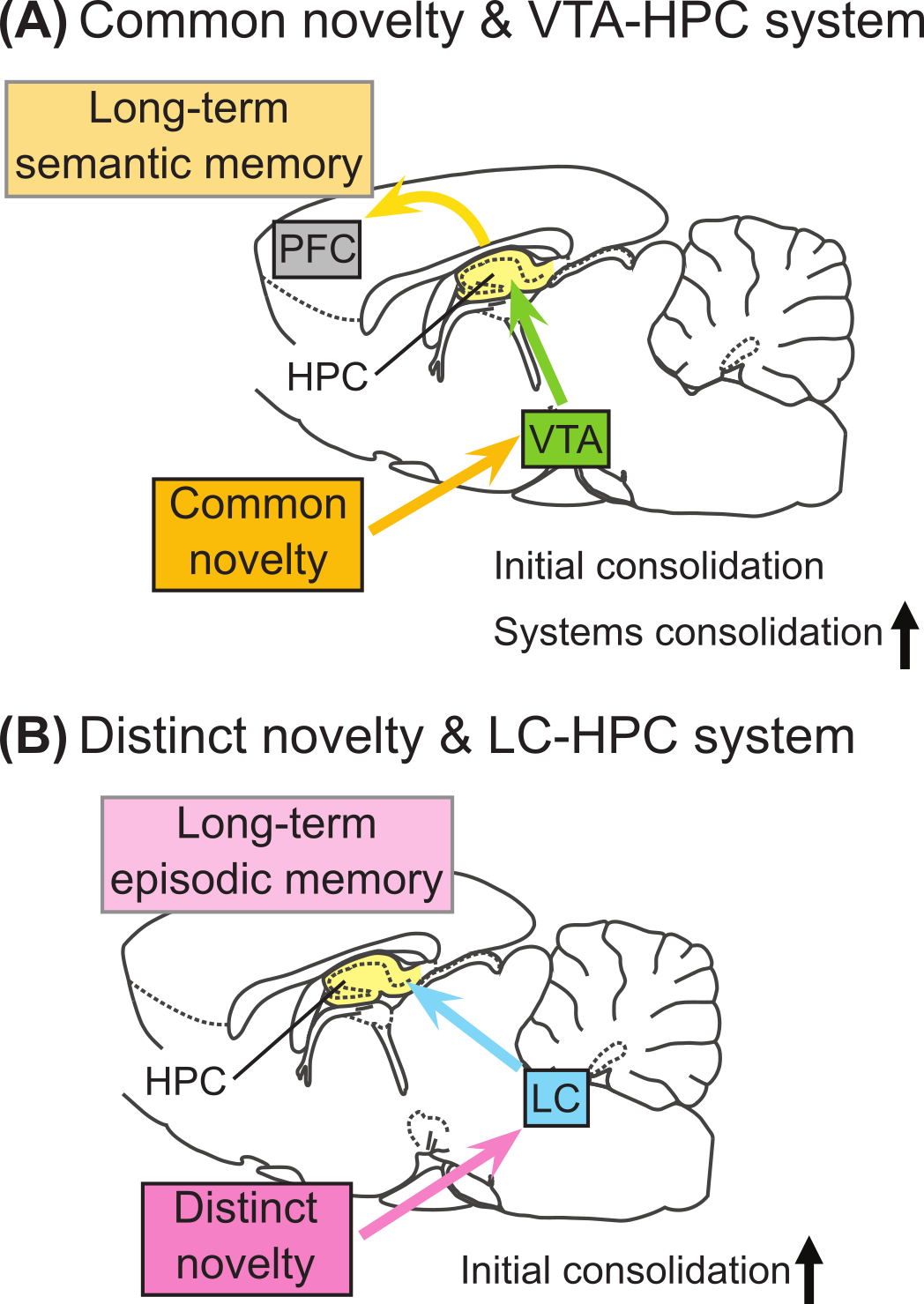