Neural Correlates of Decision Thresholds in the Human Subthalamic Nucleus.

When faced with difficult choices, we have to slow down our responses to make sure the right decision is taken. Here, we show how the interaction between two key brain areas sets the threshold for how much evidence in favour of a given choice is needed before we can respond. This interaction depends on specific brain waves and only kicks in when cautious responding is necessary. 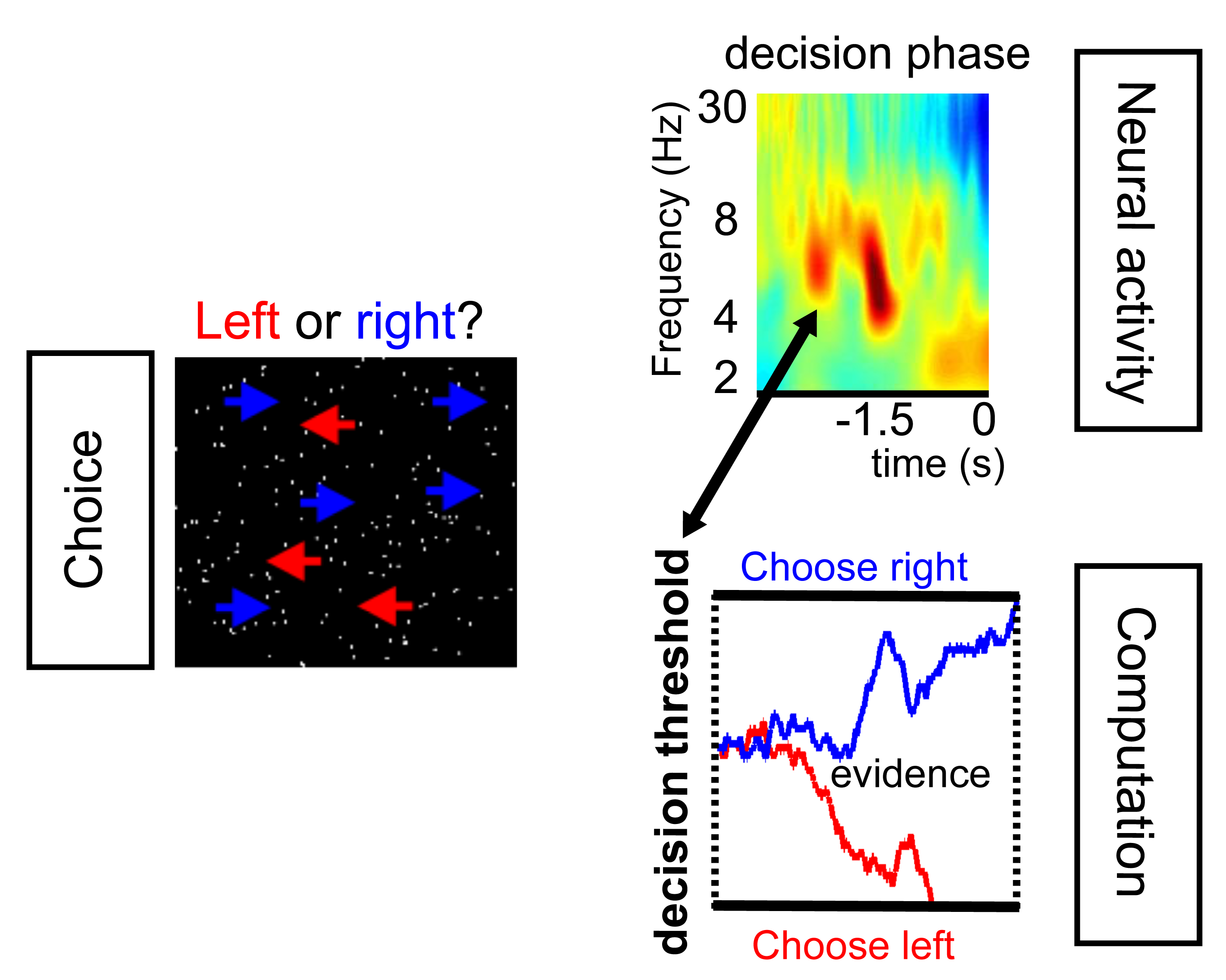 Left summarises the choice paradigm. Top Right shows an example of recordings of neural activity from a part of the brain called the subthalamic nucleus. Bottom Right is a schematic of the computational model of decision making. Combining neural recordings and computational modelling demonstrates that activity in the subthalamic nucleus predicts decision threshold adjustments on each trial before participants make a response.
Citation