Almost 150 pupils and their teachers, from 12 state-funded and private schools in Oxford and as far afield as Chipping Norton and Henely-on-Thames, took the opportunity to visit and learn more about science at the Unit. During their visits, pupils in small groups talked informally to Unit members about key concepts and challenges in brain research, as well as what it is like being a scientist. Special emphasis was also placed on giving pupils the opportunity to try some ‘hands on’ science and to see real working instruments and laboratories for themselves. Activities were coordinated around 6 ‘knowledge stations’, at which pupils could experience some of the Unit’s core research themes, including human brain stimulation, computer modelling of brain function, microscopy in neuroscience, the neuronal networks of memory, the brain in health and Parkinson’s disease, and the use of animals in research. At the end of the visit, pupils had refreshments and were given souvenirs to take home.

Unit Deputy Director Peter Magill commented, “Feedback from the pupils on the day was fantastic. There was a real buzz of excitement that was shared by visitors and Unit hosts alike.”

The Unit’s Schools Open Day was one of many engaging events held at Oxford University during Brain Awareness Week 2016. 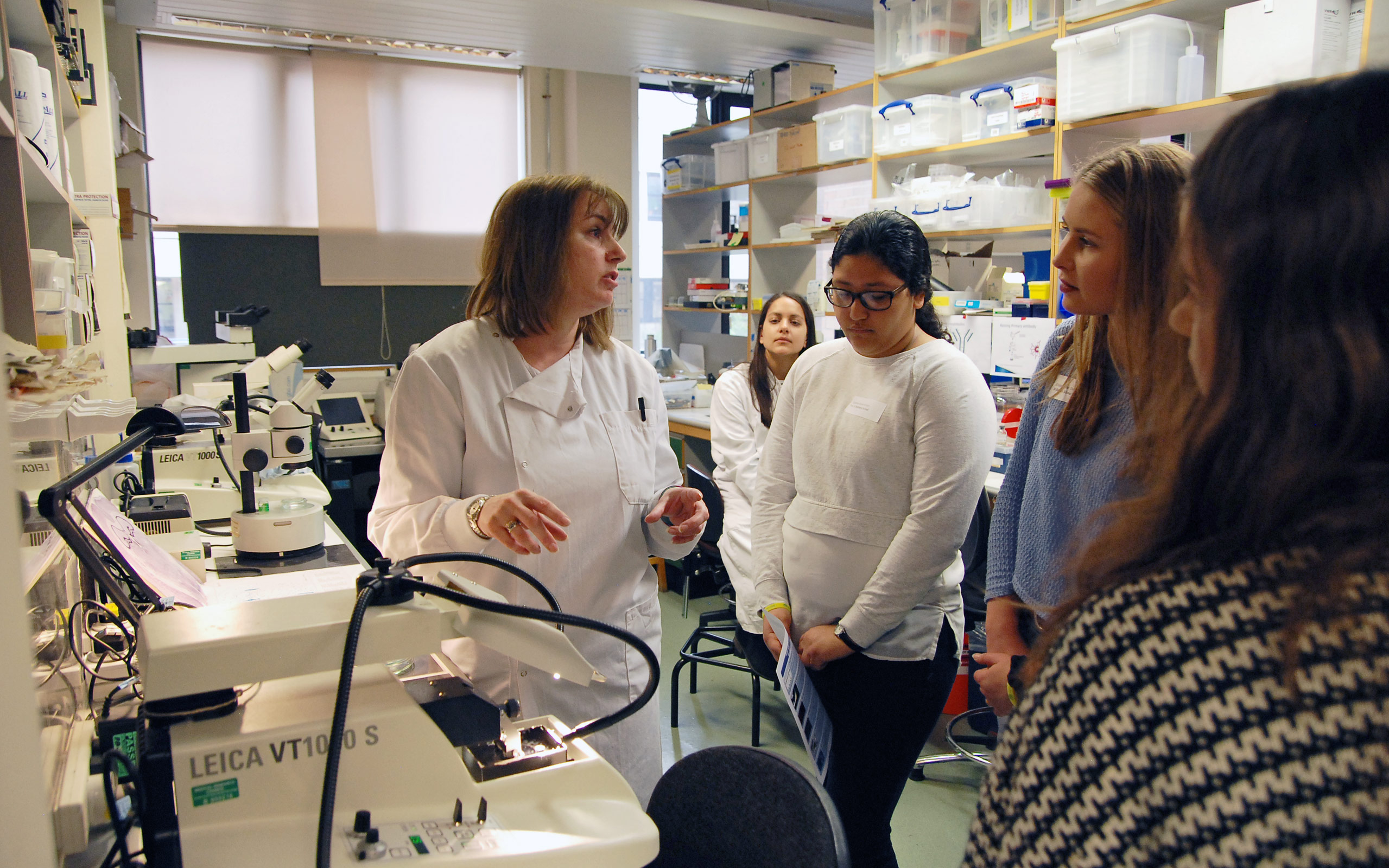 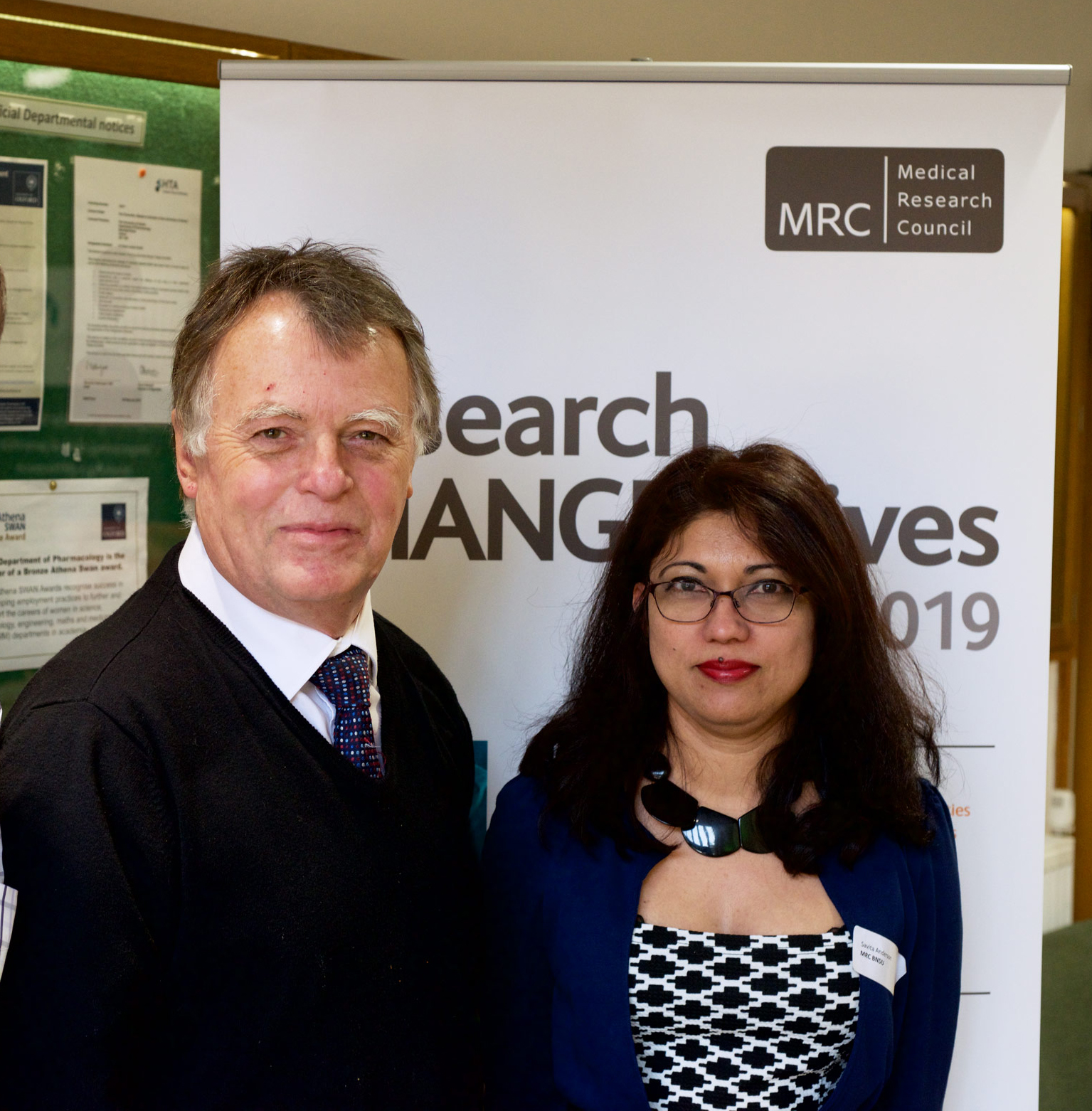 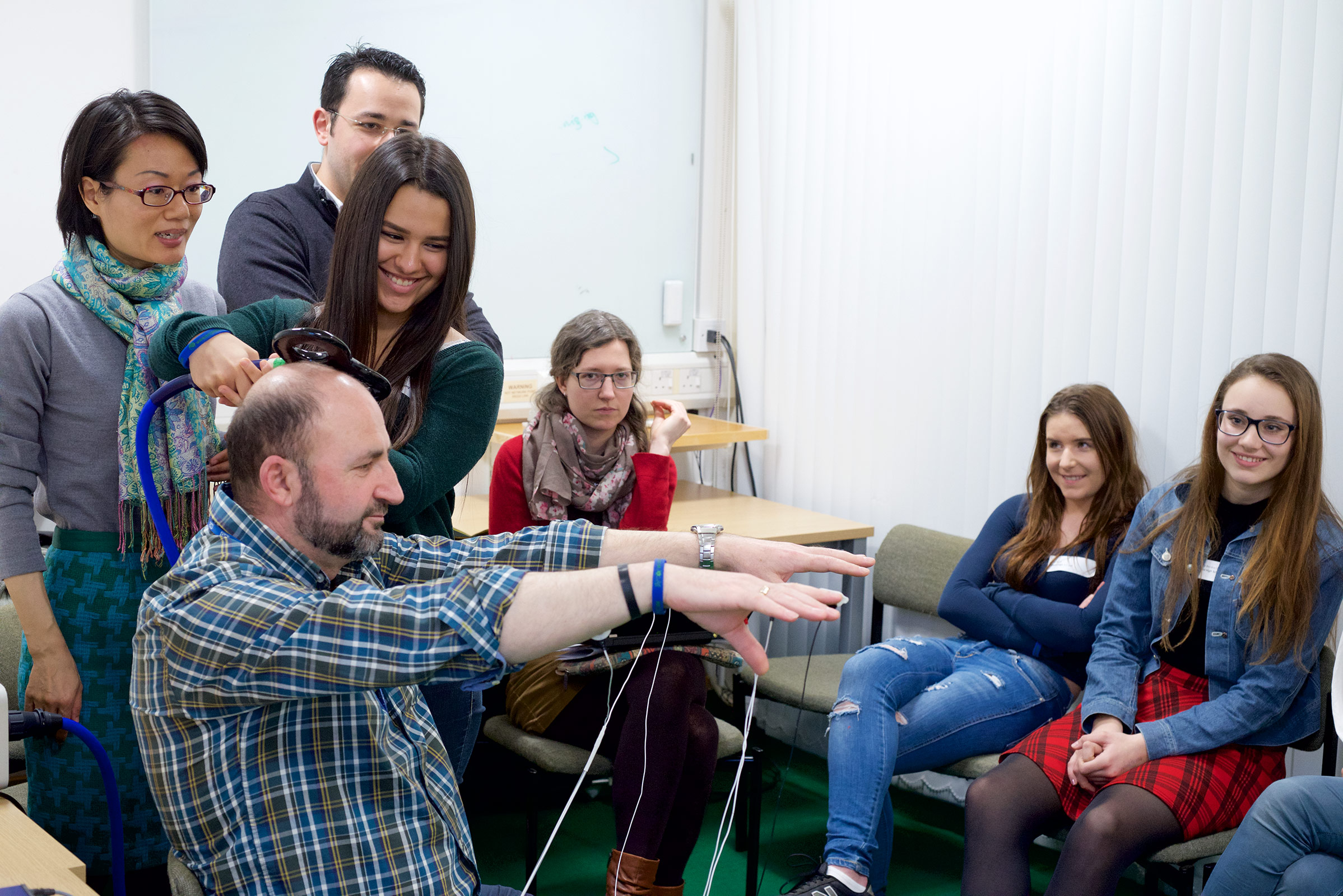 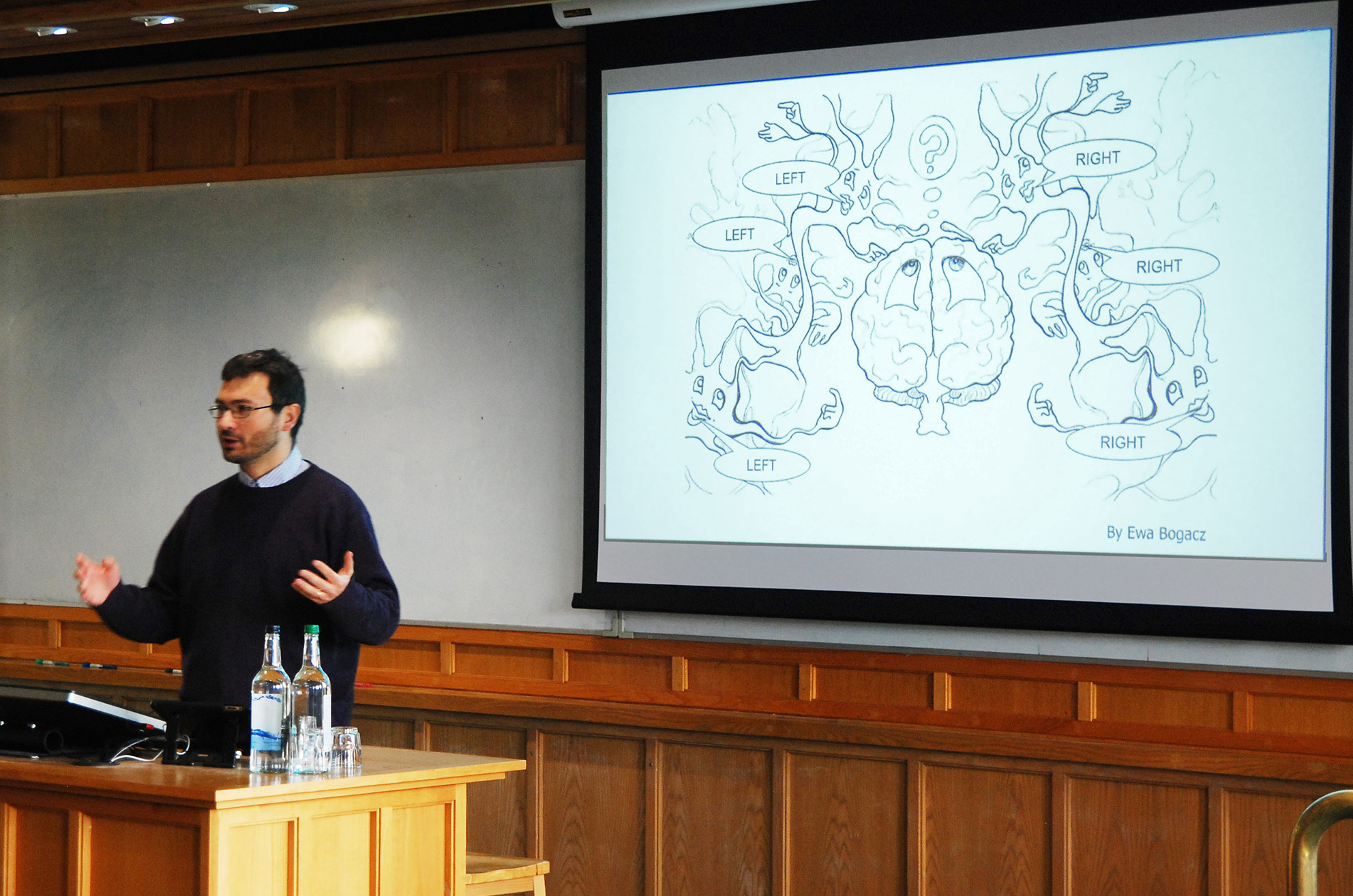 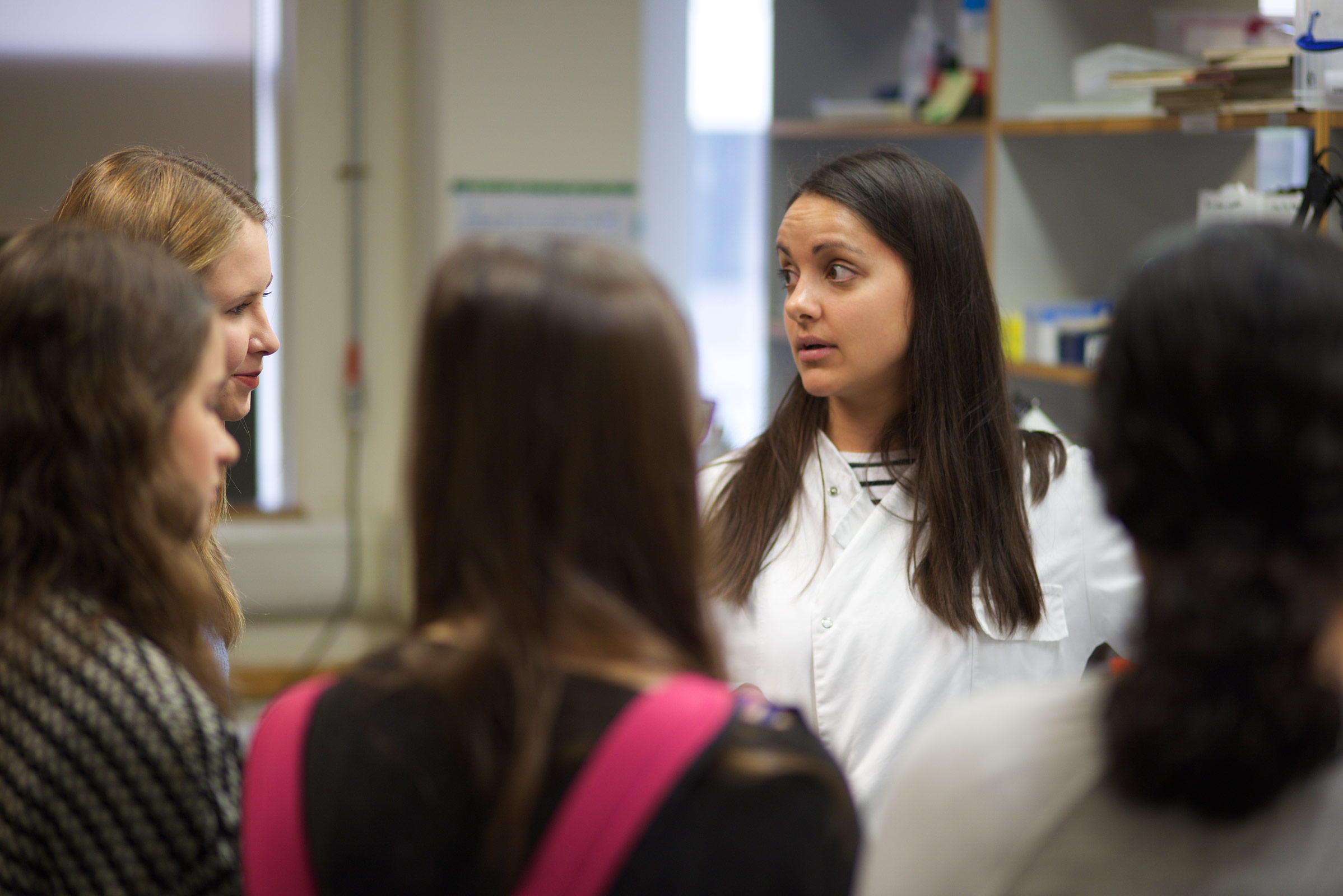 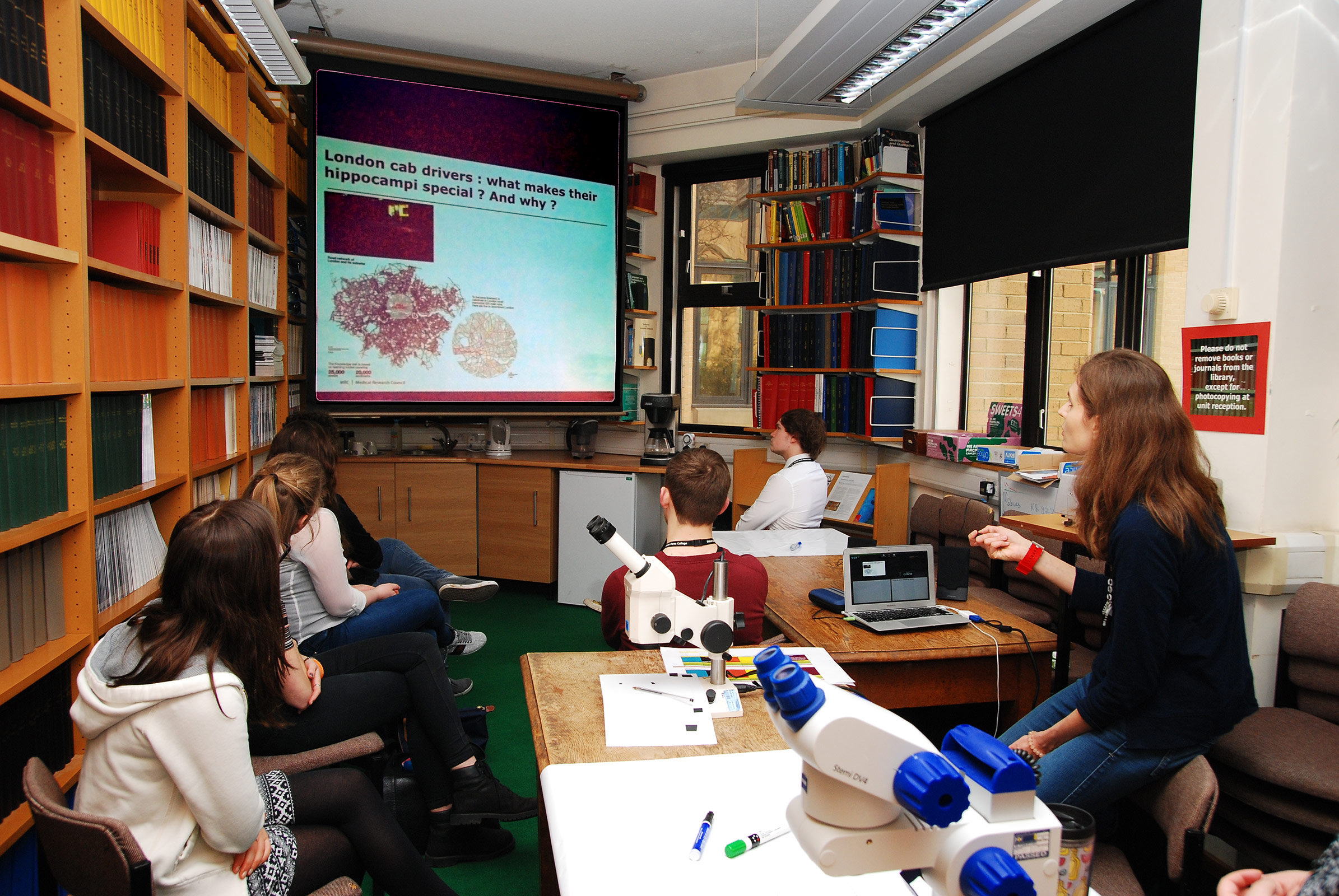 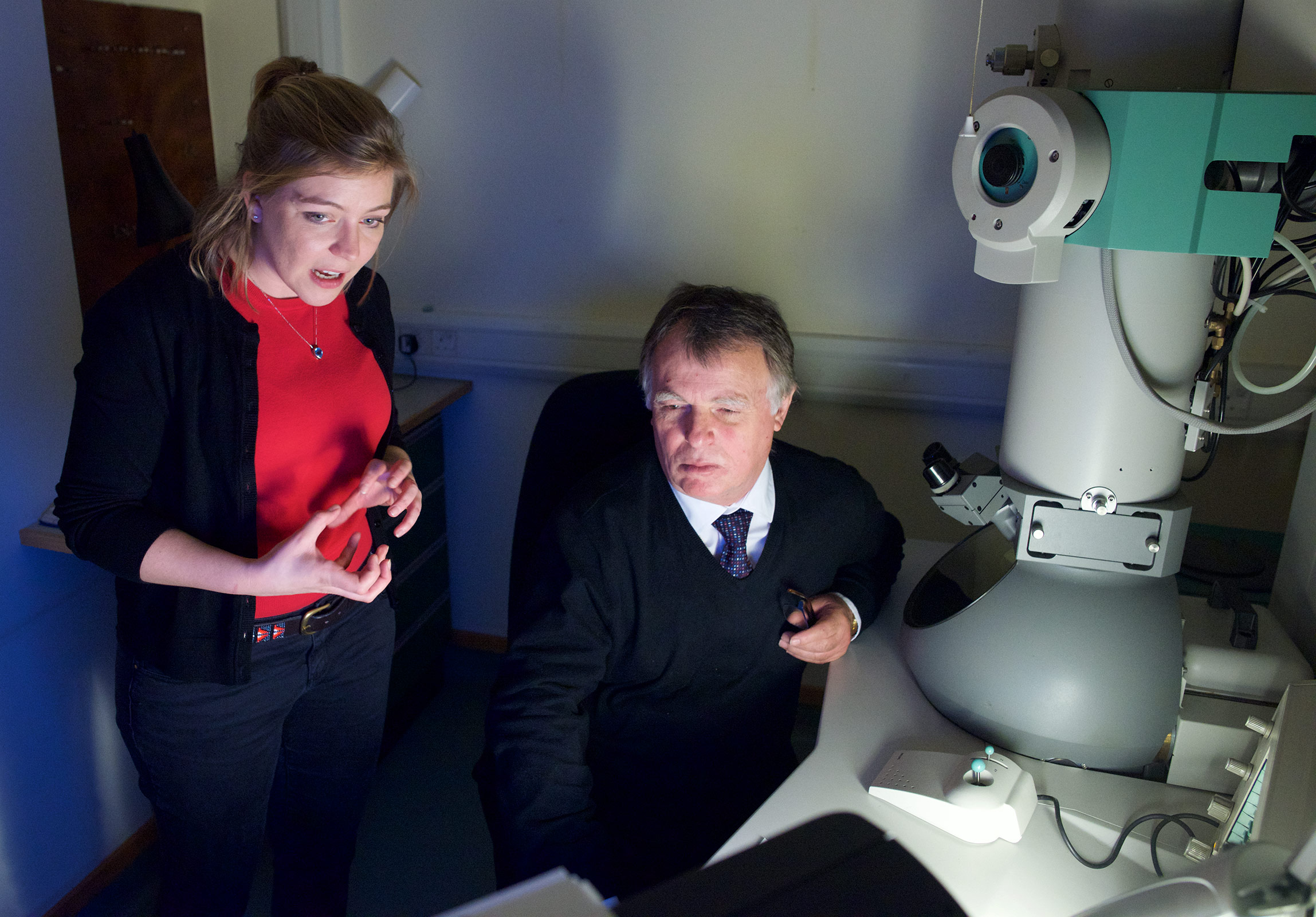 Pupils visited real working labs, where they could see for themselves some of the techniques and technologies used in the Unit’s research.

The MRC Unit is visited by Rt. Hon. Andrew Smith MP, here with Savita Anderson, one of the organisers of the Schools Open Day.

Pupils enthusiastically get to grips with the science of brain stimulation (as demonstrated on everyone’s favourite “volunteer”, Unit scientist Dr Alek Pogosyan!)