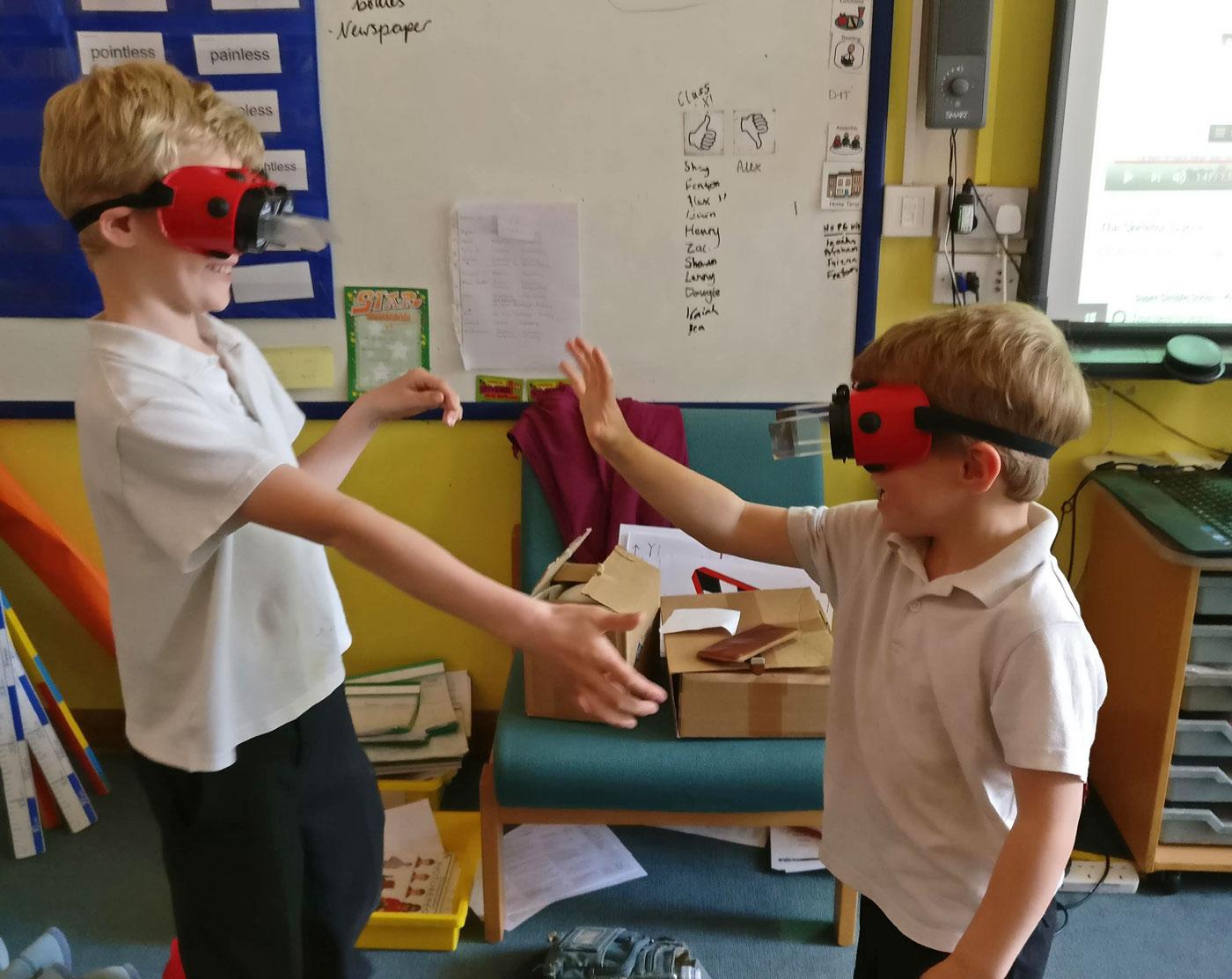 The first session covered sight and optical illusions. After introducing the eye and its connection to the brain, Ben used the famous selective attention test video, where even an unusual sight can be overlooked by people concentrating on a counting task, to illustrate that the brain has a bigger part in 'seeing' than they expected.

To showcase the brain's ability to adapt to changing visual feedback, the children tried on 'reversing goggles', part of the Unit's Public Engagement 'Toolbox'. These goggles flip the image entering the eye, either vertically or horizontally. At first, the children found it challenging to achieve tasks like shaking hands with another goggle-wearer, but after time and practice, their brains adapted and the tasks became much easier for them.

The 7- to 9-year-olds were also guided to find their own blind-spots, and discovered how their brains could fill-in a gap in a line when the gap aligns with their blind-spot. The children engaged in discussions about why their brains were being fooled by the optical illusions on the worksheet (PDF available for download). They were introduced to the Ames Room illusion by a Royal Institution video, and they were all given printed templates to make their own.

The second session dealt with illusions to the sense of touch, and introduced proprioception. Some of the activites were taken from the Royal Institution's 'Baffling Body Illusions' workshop, including the use of a stuffed glove in front of the child as a fake hand, while their real hand stayed behind a wall. When both the fake hand and real hand were touched, there was the illusion that the fake hand was feeling the touch. Another popular demonstration involved the illusion of a '6th finger', when a mirror is used to give the child a view of two hands (actually one of their hands, and a mirror image of it), and the fingers on the hidden hand are counted in time with the visible hand. 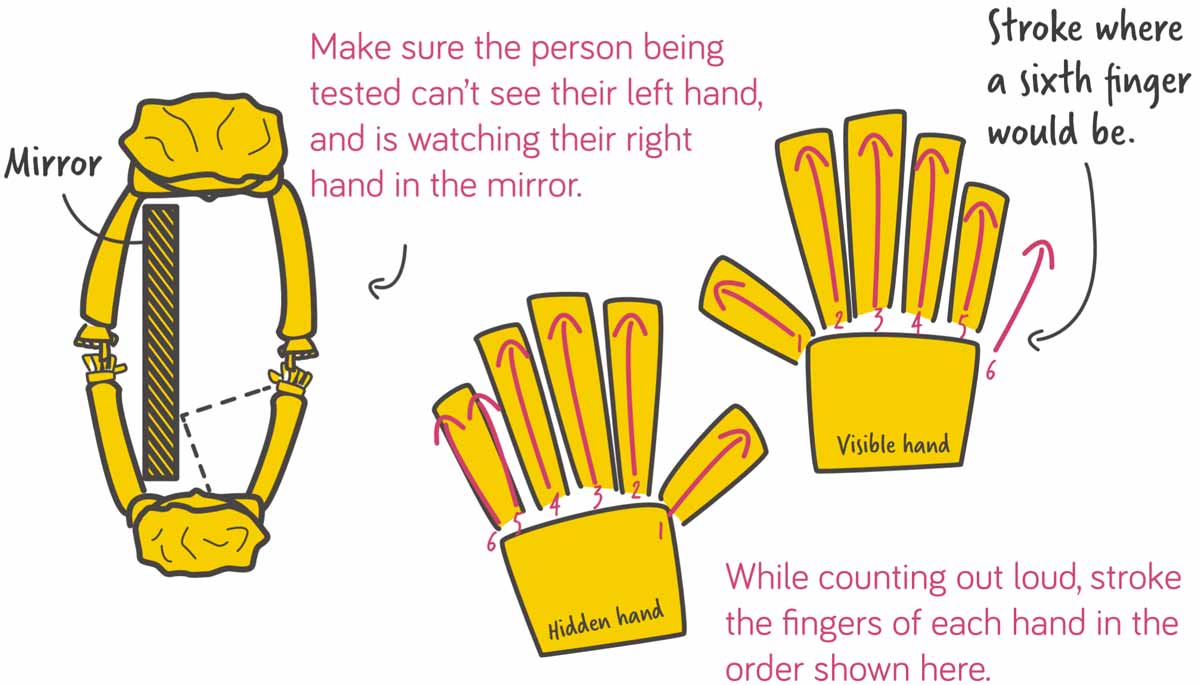