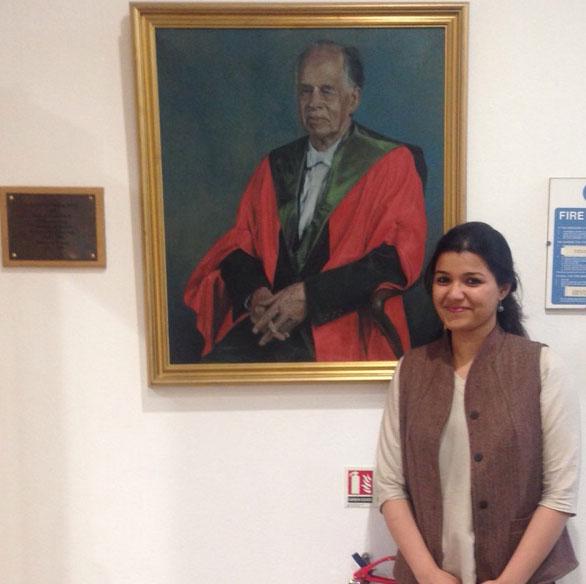 The Unit was well represented in this year’s Paton Prize Talks, with two students (Abhilasha Joshi and Anna-Kristin Kaufmann) each giving a presentation about their ongoing thesis research.  Abhilasha, a second-year student co-supervised by Professor Peter Somogyi and Dr David Dupret, was jointly awarded this year’s Paton Prize for her presentation entitled “Hippocampal rhythmic activity and the firing of medial septal neurons in mice navigating in virtual reality”.

The Paton Prize is named in honour of the late Professor Sir William Paton, former Head of the University Department of Pharmacology, and is awarded annually to one or two students on the basis of general research excellence, the quality of presentation and the ability to deal with the adjudicators’ questions.