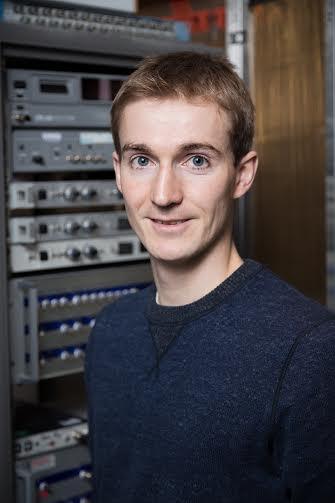 Warm congratulations to MRC Unit student Gido van de Ven for winning the Gotch Memorial Prize 2014, which is given for the best Oxford D.Phil. Transfer Status report of a graduate student in the field of Physiology. The prize comes with an award of £1,000.

For his D.Phil. thesis research, Gido has implemented an unsupervised statistical method to identify and track cell assemblies from multi-unit recordings. Applied to tetrode recordings in the hippocampus of freely-moving mice, this method was shown to identify assemblies with strong spatial tuning that are reactivated during subsequent sleep and reinstated upon re-exposure to the same environment. To study the causal role of cell assembly dynamics in the formation, consolidation and retrieval of spatial memory, Gido has also implemented a closed-loop optogenetic feedback system to transiently silence hippocampal assemblies during on-line detected sharp-wave/ripples events. Gido's DPhil research is supervised by Dr. David Dupret.