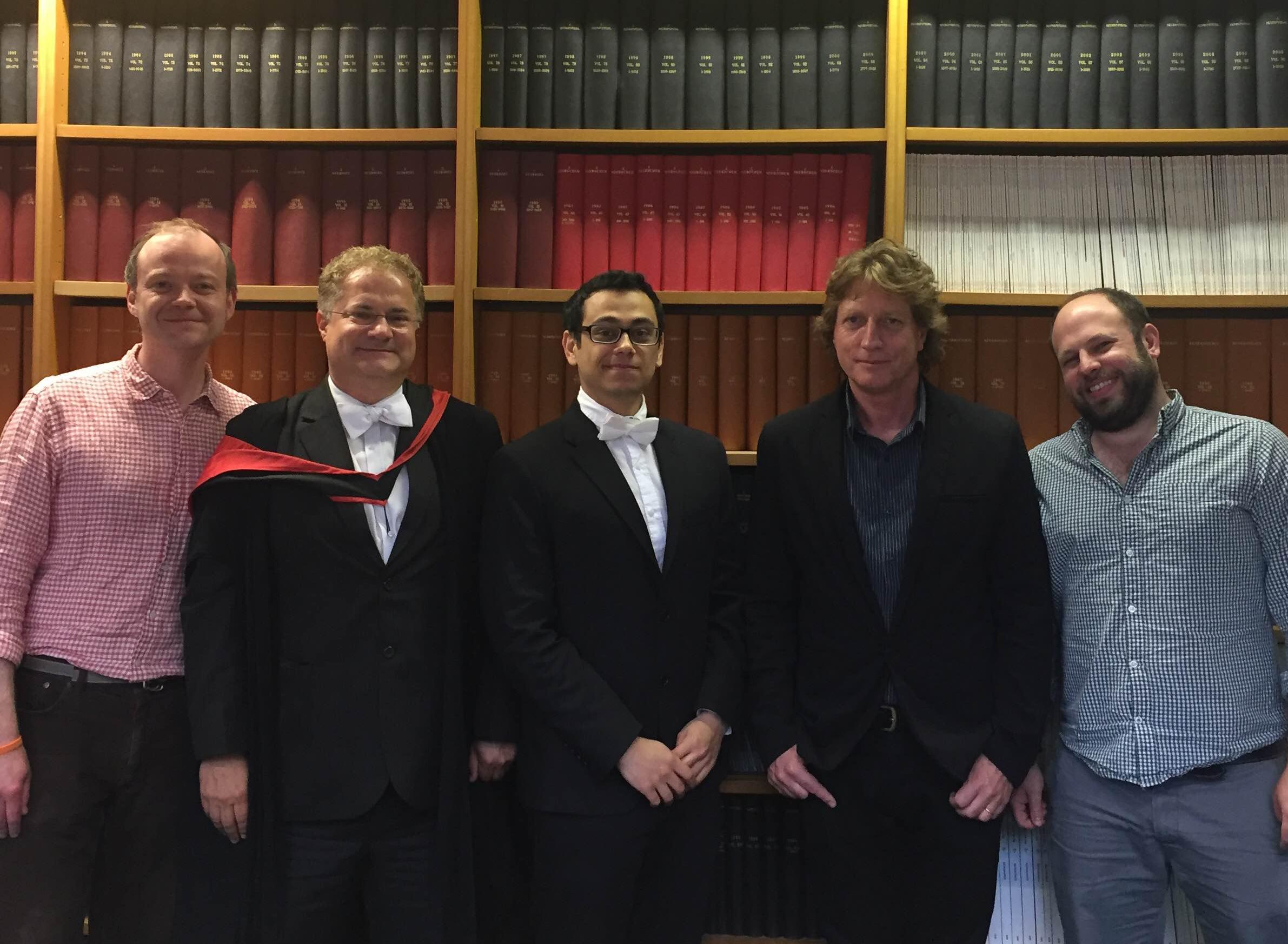 Our congratulations go to Unit D.Phil. student Farid Garas for successfully defending his doctoral thesis, entitled “Structural and functional heterogeneity of striatal interneuron populations”, in his viva voce examination on 25th May 2016.

Farid was supervised by Dr Andrew Sharott and Professor Peter Magill, and was originally recruited after completing a highly successful Final Honours School research project in the Unit as part of his B.A. in Medical Sciences at the University of Oxford.