After deep brain stimulation (DBS) surgery for Parkinson’s, stimulation settings must be optimised with programming to best manage patients’ symptoms. Currently, DBS stimulation programming is a manual and time-consuming procedure. Here, we used an algorithm and different information (brain signals, imaging data and clinical evaluations) to predict the most relevant DBS settings. This method should help automate and facilitate DBS programming in the future.

Results: Both resting- and movement-state features contributed to the prediction, with resting (fast) gamma activity, resting/movement-modulated beta activity, and movement-modulated HFO being most predictive. With the proposed algorithm, the best stimulation contact for the three clinical outcome parameters can be identified with a probability of almost 90% after considering half of the DBS lead contacts, and it outperforms the use of beta activity as single marker. The combination of electrophysiological and imaging markers can further improve the prediction.

Conclusion: LFP-guided DBS programming based on algorithmic selection and combination of multiple electrophysiological and imaging markers can be an efficient approach to improve the clinical routine and outcome of DBS patients. 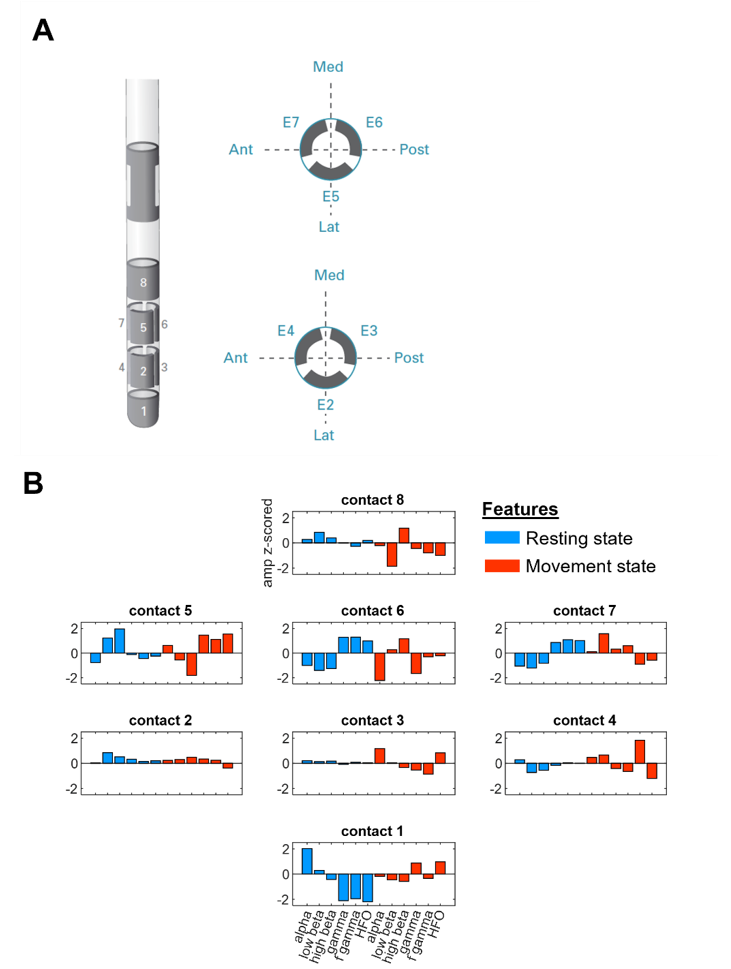